Can You Start a Sentence With a Number? 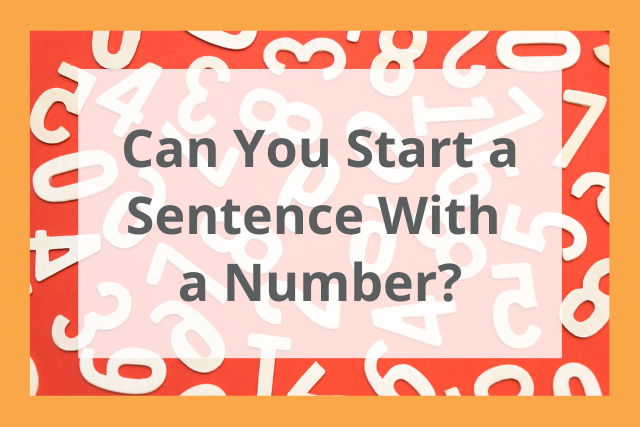 In informal contexts, there’s nothing wrong with starting a sentence with a number. However, if you’re writing in a more formal context, such as academia or business, there are some guidelines you should follow.

In this article, we’ll explain when and how you can start a sentence with a number, and show you a few examples.

Rules for Starting a Sentence With a Number

When writing a number in the middle of a sentence, it’s generally agreed that numerals should be used from 10 upwards. But what about beginning a sentence with a number?

The rules vary according to the style guide you’re referencing.

Most of the main English language style guides (i.e. The Chicago Manual of Style, The Associated Press Stylebook, the Publication Manual of the American Psychological Association) agree that you should spell out numbers at the beginning of a sentence, rather than using a numeral. 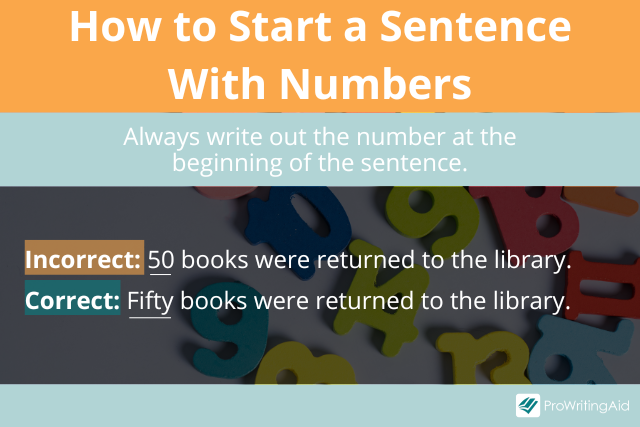 A few style guides do have a more lenient approach, which we’ll discuss later on.

Do You Spell Out Numbers at the Beginning of a Sentence?

The consensus across style guides is that you should spell out numbers at the beginning of a sentence.

You should also avoid starting a sentence with a large number. Large numbers are extremely wordy to spell out and they can make your writing clunky.

To ensure clear communication, reword the sentence or add an introductory word or phrase before the number.

There are different rules around starting a sentence with a complex number, such as a number with a decimal point. In these instances, you shouldn’t spell out the numeral.

To ensure your writing has a flowing and readable structure, rewrite the sentence or add an introductory phrase before the number with the decimal place. 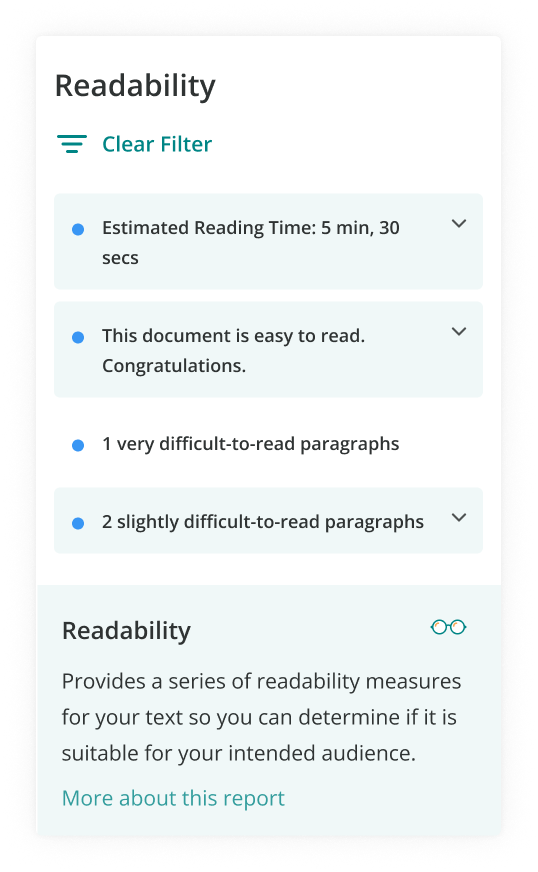 ProWritingAid’s Readability Report can flag instances where writing out numerals would make your writing clunky and difficult to follow.

AP Style Starting a Sentence With a Number 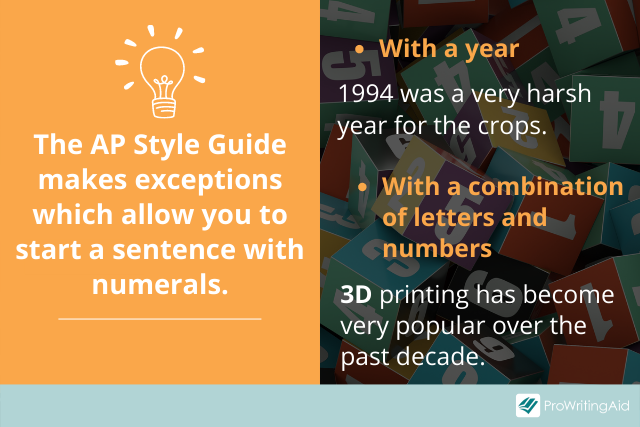 According to the Associated Press (AP) Stylebook, you should spell out numbers at the start of a sentence. For example:

However, there are some exceptions to this rule. The AP Stylebook says it’s acceptable to use numerals when starting a sentence with a year, or a combination of letters and numbers.

Starting a sentence with a year

Starting a sentence with a combination of letters and numbers

Can You Start a Sentence With a Year?

If the AP Stylebook is your go-to guide, it’s acceptable to start a sentence with a year. The guidelines state that you can use numerals, rather than spelling it out.

Other official style guides like the MLA Handbook say to avoid it. Instead, you can reword the sentence by adding an introductory phrase to the start.

Here is an example of an alternative to the sentence above: 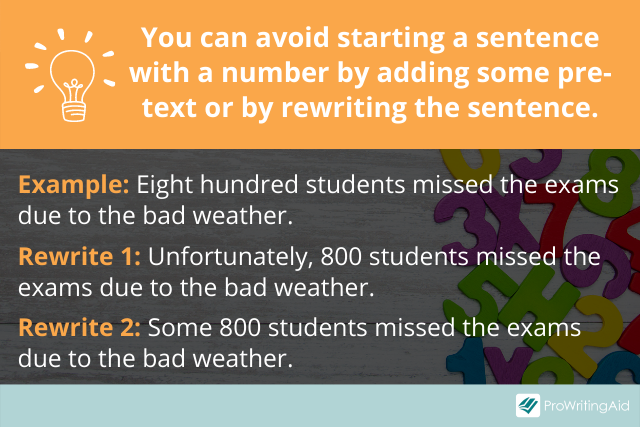 Examples of Starting a Sentence With a Number

Here are a few sentences that start with a number.

Should You Start a Sentence With a Number?

If you’re writing an academic essay or writing for a company, it’s important to follow your school or business’s preferred style.

As a general rule, it’s grammatically acceptable to start sentences with a number as long as it’s spelled out. But remember these writing tips: