Best Fictional and Fantasy Worlds Ever Created: Our Top 10

So you want to create compelling fantasy worlds, but you’re not sure where to start? Looking for inspiration from some of the most-loved and most famous worlds can help. We’ve compiled ten examples to inspire your own world-building efforts.

1. Middle-Earth from The Lord of the Rings

Perhaps the most famous fictional world, Middle-Earth has everything from the wise and immortal elves to barbaric savages and a dark overlord who wants to rule them all.

2. Narnia from The Chronicles of Narnia

Narnia is an epic world full of fantastic creatures and fierce battles between good and evil. Just like Middle-Earth, Narnia has risen above the fantasy genre to find itself firmly lodged in classic literature. Narnia is a fantasy land where magic meets reality, one that has drawn in young and old alike over the past decades.

As a writer, you can take lessons from Narnia: think about whether your world will have a moral theme or what kind of battleground might be needed.

3. Westeros from A Game of Thrones

Thanks to the wildly popular television series, fans and non-fantasy-fiction fans alike love George R. R. Martin’s epic tales set in the fantasy land of Westeros. However, Westeros is only one part of the sprawling fictional world created by Martin.

Because of its firm grounding in historical lore, Westeros feels entirely real. Is there a period from history that you feel passionate about that can feed into your world?

4. The Unnamed Land in Robert Jordan’s Wheel of Time

Fans of Robert Jordan call the world he has created Randland, after one of the main characters, Rand Al’thor. Full of various nations, each with a rich and distinct history, Randland feels authentic because it’s inspired by real cultures around the globe. Based on a mix of history and mythology, Randland is a compilation of cultural traits. Consider how this can affect your work: is there a lesser-known piece of culture or folklore that you can develop into a full-blown mythology?

5. The Land of Oz from The Wizard of Oz 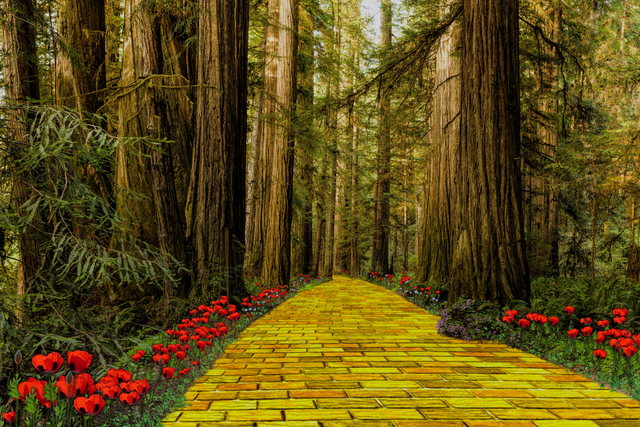 From the Munchkins to horses that change color and flying monkeys, Oz is a fantasy land rich with magic and witchcraft. Charming and perhaps a little old-fashioned, the land of Oz is surreal and magical, and captures one’s imagination with enchanting detail. Oz is a great example of the importance of place, as well as a show of magical surrealism.

The eponymous world of James Gurney’s novel Dinotopia is a peaceful society where humans and dinosaurs live in harmony. In fact, the dinosaurs there are sentient and can speak; they somehow avoided being wiped out like all the other dinosaurs around the world and created a haven on this remote, uninhabited island. Consider for yourself: what creatures will inhabit your new world? Will the main species be human-like, or something else in entirely?

7. Earthsea from A Wizard of Earthsea

Ursula K. Le Guin created one of the greatest sorcerers of all time, Sparrowhawk, who inhabits a fantasy world called Earthsea. Full of magic, power, dragon-taming, and more, Earthsea features thousands of islands surrounded by an uncharted ocean. People in Earthsea base their way of life on contact with the sea. Magic is a central part of life in Earthsea, except for Kargish where it is banned. What geological features will your world have? Which will be the same, which will be new, and which will be familiar but used in a different way? For example, does rain have nutritional value? Can cold be used to harness energy instead of heat?

8. Hogwarts from the Harry Potter series 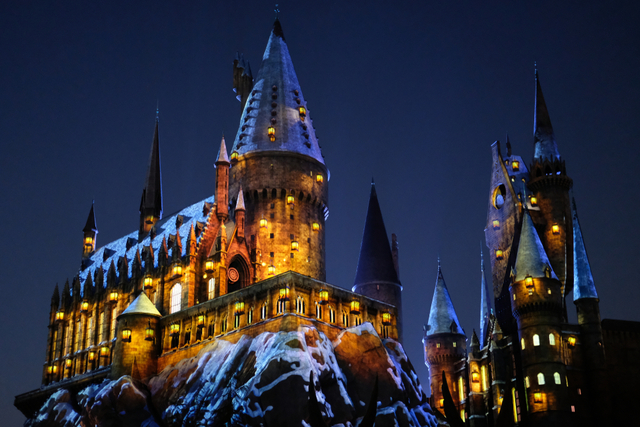 Hogwarts School of Witchcraft and Wizardry is truly magical. fantasy world. The school itself feels sentient thanks to magic that moves staircases and statues that come to life. There are dark parts to Hogwarts like the murderous centaurs, Dementors, and others, but it can also be a place of comfort to those who dwell within. What are the creatures you will use to infuse atmosphere into the world you create?

9. Wonderland from Alice’s Adventures in Wonderland

When young Alice tumbles down a rabbit hole, she enters an entirely different world where everything seems absurd and mind-bending. You’ll meet talking animals, magic potions, animated playing cards, a tyrannical queen, and more. What will your fantasy world look like? Will it be challenging? Confusing? Surreal?

With the Lost Boys and Tinkerbell the fairy, Peter Pan never has to grow up thanks to Neverland. He can fight pirates, duel Captain Hook, elude the crocodile that ticks, and fly around to his heart’s content thanks to pixie dust. Neverland is both wild and seductive, a place full of amazing adventures. Think about what your characters need from their world—and then create it!

Get Out There and Build Your World!

There are so many other fantasy worlds and fictional universes that deserve a mention, but we don’t have room for them all. Check out Madeleine L’Engle, Suzanne Collins, Louis Lowry, and Margaret Atwood, to name a few, for more intriguing stories set in unique fantasy worlds.

Worldbuilding is one of the most exciting and challenging tasks for an author. After all, every time you create magic fantasy worlds, you have the opportunity to build the next Narnia… or to create something that makes no sense at all.

With the information included in this eBook, you’ll have everything you need to create a compelling, engaging setting for your story. We can’t wait to visit it!