How to Crowdfund a Novel

TAGS:
self-publishing
What we wish we had known
Writer's Life 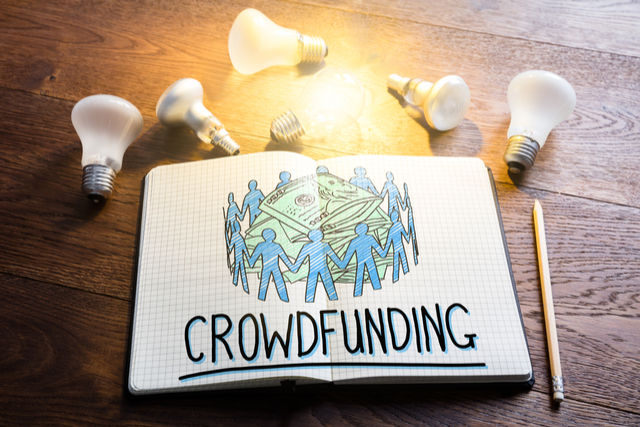 About six months ago, my two writing pals and I finally put the finishing touches to our book, Kitten on a Fatberg. It’s a comic novel-in-emails about an eccentric writers’ group. Tagline: ‘They’ve all got a book in them, unfortunately.’

I’d long been fascinated by the crowdfunding publishing model used by Unbound, so without any real hope of success I completed their online application process, submitted the manuscript, and expected to hear nothing more.

Yet incredibly, four weeks later, our book was live on the Unbound website. We had written all the promo copy, worked out all our pledge levels and attended a workshop on crowdfunding. The journey was underway. At the time of writing, we’re now up to 32% funded.

For any other writers interested in trying the crowdfunding route, here are some of the things we’ve learned so far…

How does the crowdfunding model work?

The Unbound model is different to that of traditional publishing in certain key ways, but basically the same in others. Crowdfunding is not the same as self-publishing, for example – you still have to submit your manuscript for consideration, so the process is just as tough as getting any book accepted, and once the book is funded, its promotion and distribution are all handled by the publisher in the usual way.

What’s different, though, is that you won’t be offered an advance for your book that you then have to work off in sales before you earn anything more. Instead, the author(s) take on the legwork of securing enough pre-orders of the book to cover the publisher’s costs. This is the hard work for us – see more about this below – but the payoff is that once the book is 100% funded, the deal for the author is better than the usual 10% or 15% of cover price. Instead of a royalty deal, you get a 50:50 profit share.

Another advantage of the crowdfunding model is that it enables a publisher to be wider-ranging in their choices. Every book they publish will have covered its costs, and just about every book funds itself eventually. The crowdfunding phase also allows a publisher to gauge the demand and audience profile for a specific title, so they can plan their production and promotional activity accordingly.

One of the fun parts at the start is planning your pledge levels. These range in our case from ordering a digital book (£10) up to becoming a patron of the project (£1,000). We devised lots of levels in between that were customised to the funny habits of some of our characters.

At a crowdfunding workshop, we learnt that there are two key segments of your target audience of people to approach about your book. The first is the people who are interested in you, such as you family, friends and co-workers; the second are people who may be interested in the project (but don’t know you at all). This is a harder group to reach and to educate, so to start with at least the focus of your efforts should be on the first group.

We were shown lots of samples of different emails asking for support, and advised to send the emails out only a few at a time, with a personalised message each time. There’s no way to get this right, but that personal element is essential.

At first it’s easy. You get in touch with your closest contacts, people are very kind, and your project dashboard starts ticking over nicely. After a while, you start to reach out to slightly less close contacts, and now your messages have to be crafted with even more care.

It’s essential to avoid the temptation to send out one big batch-and-blast. People might understandably object to being on the receiving end of a cookie-cutter approach. Also, if people sense that you are emailing loads of other people at the same time, they may not bother to pledge because they’ll gladly assume lots of other people will instead.

The less recent your contact with people, the harder it is for the message not to seem contrived. We found the best way with more distant contacts was to be up front about your lack of recent contact, and focus on sharing your excitement and asking them to spread the word. Keep it light and non-salesy; people will respond if they want to, and politely decline or just not reply if they don’t, as they decide.

Use social media to engage your crowd

At the same time as you are directly approaching people, you can also be raising awareness of the book in social channels. Just growing my contacts in Facebook, Twitter and LinkedIn, and posting occasional updates and messages, enabled lots of people from my past to find out about the book and in several cases to share the news or even pledge.

With social media, you want to find ways to keep the message fresh. Audio, video and imagery all work especially well, of course. We shared articles that mentioned the book, an excerpt from the podcast of the first chapter that some friends have made for us, and Unbound’s wonderful promo video. We also started a separate Twitter account for the characters of the book, where we can post selections of their words to whet people’s appetite.

You can also ask people to spread the word in their networks too. Many editors of litmags that I follow or have contributed to were only too happy to help here.

Moving onto that second audience group, we’ve also done some work on the PR and marketing front. We’ve been featured in several local newspapers and forums, and are publishing articles about the book or related topics in a range of writers’ blogs and literary magazines. If there’s a fee, we put that against the target too.

We’ve printed up flyers to put up in local cafés, bookshops and libraries. We’ve dabbled with display advertising in a few niche magazines, and are looking at Google ads, though it’s too early to say if this will work for us yet. We’re also looking at speaking to a few writers’ groups about our experience too. We find that the more things you do, the more ideas you get. As long as you don’t mind the hustle, it becomes quite compulsive!

The key thing to bear in mind about crowdfunding a book is that it’s not a sprint, it’s a marathon. Checking the project dashboard becomes addictive, but along with the days you secure several orders, there will be other days when nothing happens at all.

We're currently at one third of our crowdfunding target, and we've already learnt so much on our journey. The next chapter will be no doubt be full of surprises and discoveries too. And I look forward to cracking open a bottle of bubbly on the day we hit 100%!