Why We're on the Fence About Writing What You Know 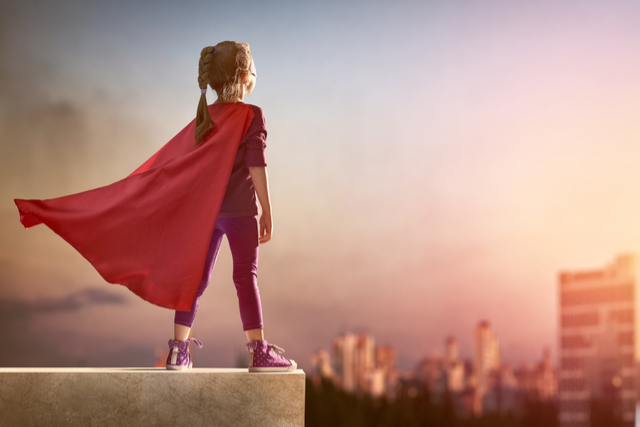 "Write what you know" has been around forever. Some attribute it to Mark Twain and others to Hemingway. Regardless of who came up with this entreaty, my writing would be middle-class, ho-hum if I had to stick with only writing what I've experienced. Isn't that what research is for, right?

Then there are paragons like Isaac Asimov who prophesied the future with his science fiction work. True, he was a biochemistry professor at Boston University, but some of his work was way out there, well beyond biochemistry. Good thing he didn't stick to writing what he knew.

When You Shouldn't Write What You Know

When Googling this phrase, 79,900,000 results came up in 0.75 of a second. A lot of people are writing about not writing from your experiences. Some of the biggest publications like The Atlantic Monthly and The New York Times encourage you to step out of the little box you're living in and write something amazing from your imagination.

That's why we have fantastical, imaginative books by JK Rowling and Stephen King, amongst others. We wouldn't have Beatrix Potter's or Dr. Seuss's wonderful children's books, or best-sellers like The Time Traveler's Wife and The Handmaid's Tale.

Many authors tell you to just write, and when you come to a section that needs research, make a mark and continue. Don't break your flow by stopping to research. You can fill in with facts later.

Others say you should do your research up front so you can write with authority. It will authenticate your word choices and the scenes you create if you have a good understanding of your topic based on research.

How many crime novel writers had to do extensive research before creating block buster crime novels for adoring fans? A lot.

Then you have someone like Patricia Cornwell who writes about Dr. Kay Scarpetta, a medical examiner. Cornwell herself was a computer analyst at the Office of the Chief Medical Examiner in Richmond, Virginia. She had a pretty good foundation on which to build her amazing Scarpetta series. (If you haven't read any of them, you really should.) She's one who definitely writes what she knows.

But wait—her website says when she's not writing, she "tirelessly researches cutting-edge forensic technologies to include in her work."

So you can learn what you need to know to write great fiction.

When You Should Write What You Know

Let's poke the bear a little. When should a writer stick to writing what he knows?

A middle-aged, blue collar white man who's spent his entire life in the Rust Belt of America should never try to write a story told from the viewpoint of a teenage girl in the Middle East.

If you've never traveled outside of your country or participated in helping refugees in any way, you shouldn't write a story about a Syrian refugee family trying to find a new home.

I'm reading a well-written book about two NYC women who've been friends since grade school. They're in their mid-30s, wealthy, and pretty. The fact that it's written by a Bangladeshi man whose parents immigrated to the US in the 1970s blows my mind. I dug deep to find out more on this guy, and he said as a gay man, he's spent the majority of his time with women friends. He also said he has keen powers of observation.

In the above case, the author is really writing about what he knows. He didn't set out to research wealthy, pretty New York women and try to write from their perspective. He said, "I wanted to write a work that showed my respect for the women who are my closest friends."

I'm highly skeptical of men trying to write women characters. I don't know about you, but I've had enough men try to tell me what it's like to be a woman that I get a little irritated. That said, there are some male authors like Jeffrey Eugenides, Ian McEwan, and Wally Lamb who do manage to do it well.

What Are Your Thoughts?

Sometimes it's just not as black and white as sticking to what you know, is it? There's a huge gray area out there where people's imaginations fill in the blanks. And there are some situations where you shouldn't try to make things up.

A few months ago we had a excellent guest post by Samia Rahman, a female Muslim writer who offered some great points to consider before attempting to write a character outside of your own personal experience.

Check it out here: How to Write the Other (Without Being a Jerk)