When Symbolism Goes Too Far 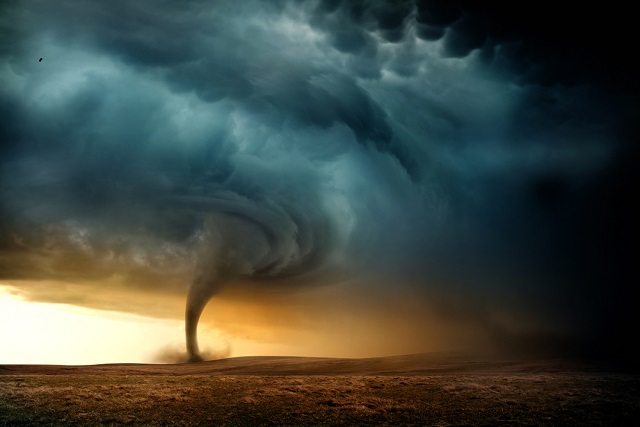 Are we hard-wired to seek symbolism in everything from our literature to our everyday life? Spirituality is rife with symbolism, advertisers use symbols to sell their products, and we interpret a smile from someone as a symbol of friendship.

Symbolism in literature uses an object or a word to represent something abstract in your work. A person, an action, a place, a single word, or an object can have symbolic meaning. Symbolism, done well, allows you to hint at a certain mood or emotion instead of showing it.

The Scarlet Letter by Nathaniel Hawthorne is a prime example of a symbol done well. We know that "A" stands for Hester Prynne's adultery, but on a deeper level, we know that the scarlet letter stands for more. It stands for a husband betrayed and a man of the cloth unable to confess his sin of being morally weak and certainly not saint-like. That's a tough row to hoe by everyone in the Puritan community.

The Wizard of Oz by L. Frank Baum uses a tornado to symbolize the terrible storm running through Dorothy's life. Her little dog Toto is being persecuted by the village spinster, and she yearns for something more than the bleak, arid existence on the farm. On a wider scale, the tornado could represent the economic times of the 1890s when the book was written. Baum was actually an activist, and his Broadway production in 1901 included explicit references to politics and President Theodore Roosevelt.

Hansel and Gretel by the Brothers Grimm uses bread, the daily sustenance that people ate most, as a symbol for comfort. Hansel and Gretel were comforted by dropping bread crumbs to find their way home after their father leads them deep into the forest. When the bread of life is taken away, as readers our hopes are dashed and we need to find our own way in this dark world.

Some writers and film directors are masters at creating symbolism in their works. Edgar Allan Poe has "The Raven" which symbolizes death and loss. Shakespeare offers the ever-famous "All the world's a stage, and all the men and women merely players." And who could miss the symbolism of Luke Skywalker dressed in white while Darth Vader sported black capes and helmet?

Have you read Wuthering Heights? Did you constantly see symbols in everything Emily Brontë wrote? Or were you the kid in English class who didn't understand that the mountains in Hemingway's short stories were symbols for something else?

Maybe the mountains are just that… mountains

Not everything needs to be a symbol, folks. Sometimes it's more fun to write about the mountains and watch readers try to figure out what you meant by mentioning them. If you follow JK Rowling on Twitter, you'll see the enjoyment she gets out of answering (or avoiding) questions about symbolism in the Harry Potter series. Maybe she just had fun writing the series and symbolism took a back seat. Because frankly, readers will see what they want to see in your work.

I want to confess: I hated analyzing literature in school. It took the pleasure out of reading to pick it apart and try to find the hidden meanings. I finally had a college professor who said, "Maybe the mountains are just that… mountains" and I felt so relieved.

But that doesn't change the fact that the best books out there contain symbolism done exceedingly well.

How to write symbolism

If you force symbolism, it will be clunky and can turn off your readers. If it's too obvious, you'll be preaching. The key is to not focus on symbolism or allow it to become too important. Leave it up to your readers to take from your work what they will.

Symbolism is tricky to master. You won't get it right the first time through. Maybe not even the second or third draft of your novel. It takes a patient hand to continue to revise until your theme emerges and resonates. It may come to you as an epiphany—an "aha" moment where you realize what your novel is truly about. Once you've had that moment, you can go back through and start adding symbols throughout with a light hand. And it may even surprise you to find you've already laid the groundwork with a few symbols you hadn't noticed until your theme became clear. Symbolism is sometimes an unconscious thread in your writing.

K.M. Weiland wrote Jane Eyre: Writer’s Digest Annotated Classics in which she analyzes the impressive symbolism written by a master hand. She also wrote an excellent article for Writers Helping Writers in which she describes five symbolism methods Brontë used in Jane Eyre. If you want to know how to write symbolism, read her article. She explains it so incredibly well.

Try not to take your symbolism too far. Sometimes those mountains just need to be mountains. But realize that the best books out there contain symbolism to some extent. And it behooves you to study how others handle it deftly and make sure you never force symbolism into your work.

We need to know! Do you look for symbolism in books you read or are you happy just reading a good story? Do you use symbolism in your own work? Share with us in the comments below how you've used symbolism—even inadvertently—so we can learn from each other.

Read this next: Have You Written Your Story's 'Mirror Moment' Yet?