Why You Should Start Writing Morally Grey Characters

Spoiler Alert: If you haven't yet watched/read Harry Potter, Game of Thrones, or Breaking Bad, please proceed with caution as key plot points are discussed.

Morally grey characters aren’t quite villains, but they are too twisted to be traditional heroes. Their souls are hidden behind a menagerie of traumas, heartaches, and wicked actions. They carry out the necessary evils required to create truly epic adventures. If you haven’t integrated this character into your literature, it’s time you start, and here’s why.

Have you ever noticed the phenomenon of becoming extremely fond of a person whom you detested upon first impressions? There’s something about redemption that seems to strum some of our deepest-buried heart strings. Morally grey characters in literature have the same effect on a reader’s psyche as the friends we acquire in waking life.

If you read or watched the Game of Thrones series, for example, you know that Tyrion Lannister, “The Imp,” was a member of the wealthiest family in all of the seven kingdoms. Initially, Tyrion’s snide language, obsession over ladies of the night, and drunken behavior make it easy to be repulsed. The evidence that placed him behind the attempted murder of an innocent from an important family was believable due to his habits. As the saga continued and more was revealed, many of Tyrion’s wrongdoings became justified, and what ethics he did hold began to surface. As Tyrion became, in the story, a valuable asset and friend to the entire realm, he grew to be one of the most popular characters among readers and television viewers.

Like Tyrion Lannister, Severus Snape from the Harry Potter series was an unlikely friend. Severus was a professor at Hogwart’s School for Witchcraft and Wizardry. He was, as a rule, rude, inconsiderate, and carried out some exceptionally corrupt activities. Readers never knew what darkness he was going to unleash next. By the end of the series, however, by disclosing his intentions, the author transformed Snape from a villain to a martyr, unexpectedly evoking love and compassion from all who read the stories.

When we can surprise a reader, with the absolution of sins for example, of one of our characters, we are successful in evoking one of the main elements that keep readers engaged long term. The component of unpredictability in creative writing strengthens reader retention. It turns curious readers into lifetime fans.

Readers are brainy. They like to think so anyway. Anyone who enjoys story entertainment likes to be challenged to a point where they are forced to question themselves. The deeper these questions, the more immersed in a story a person becomes. The elements of writing a great morally ambiguous character will challenge your readers to question their own beliefs and ethics. And just when the intrinsic value of an action is judged, for better or worse, a situation will arise that completely blindsides the reader or viewer, leaving them with a pile of moral bricks with which to re-lay their own foundations.

Walter White was a suburban chemistry teacher with a wholesome family in the television series, Breaking Bad. Walter was also a meth cook and dealer. Would you sell narcotics? What if you were dying? Walter wanted his family’s finances to be taken care of after he was gone. But once he had enough money to leave behind, he ended up wanting more. At one point, he stood idly by as a woman overdosed on heroin and died when he very well could have helped her. It was bad, right? Well, if he hadn’t made that decision, he would have been hurt. It posed a challenge.

People will be talking about Walter White for years to come. Those who enjoyed the show will be considering his decisions in their own lives whether they want to or not. Confront your own readers with dilemmas that force them to look at themselves, and your work will be remembered.

When you start writing your morally grey characters, keep in mind that they are unpredictable, “unlikely friends” who present moral challenges to the reader. If your character is not liked in the beginning, when he or she is redeemed, there will be more emotional impact. When leading up to a surprise involving your character, leave breadcrumbs, but nothing obvious enough to show the whole truth. This gives readers a reason to revisit earlier parts of the story once they have learned the truth.

By using this kind of character, you can increase popularity and reader retention. The challenging of ethics and morals on a personal level will bring readers back to your character, psychologically, long term. What other ideas do you have about immersing readers with the actions of your non-saint characters - what do you like about the ones you’ve read or written?

Coby Stephens is a beginning writer and a passionate blogger. At the moment he is a content writer at Same Day Essays.

theguyabides
Leave Breadcrumbs For those of us who write without strict outlines, this is a key part of the editing process. You many not realize how your Snape will redeem himself until you're deep within, or even ending, your story. When the redemption occurs, make a note and keep moving on. Then once the 1st draft is finished, as you are editing, look for places where you can drop those breadcrumbs into your story line to guide your unwitting reader to the surprising but well-justified conclusion.

SheriKDouglas1985
I think I did my character backwards. She seems to be good, does some questionable things, but is forgiven. Then does something truly bad and is shunned for it, she doesn't get redemption at the end (except for a few that understand her motives) ... does it still count as grey? 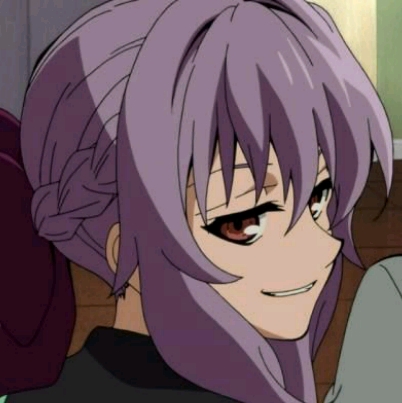 5142ab4cbb842b8dfca1ddd9db32fa35@1059617prowritingaid.com
Morally gray characters/antagonists are absolutely my favorite ones to write.

dohinafelixsunder
My protagonist is a morally grey character.