100+ Adjectives Starting With A

If you’re looking for an adjective that starts with A, we’ve compiled the ultimate list for you. You’ll find a huge range of choices separated into helpful categories.

Find the word you’ve been desperately trying to remember, or simply browse to find a wide range of words you can use to improve your descriptions.

Adjectives are describing words used to modify nouns. They can add extra detail or clarify something. You’ll spot adjectives directly before a noun (creating a noun phrase) or separated from the noun within the same sentence. 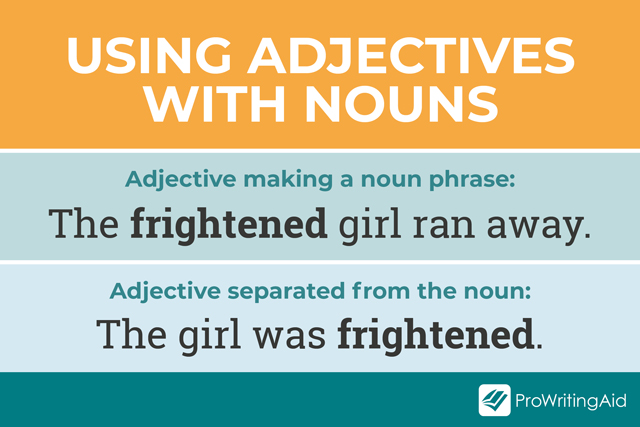 You can add more than one adjective in a sentence, but don’t use too many as it detracts from your meaning and makes writing hard to read.

It’s tough to think of adjectives. You might find you rely on the same few ones. Creating variety with your word choices makes your writing more interesting for your reader. 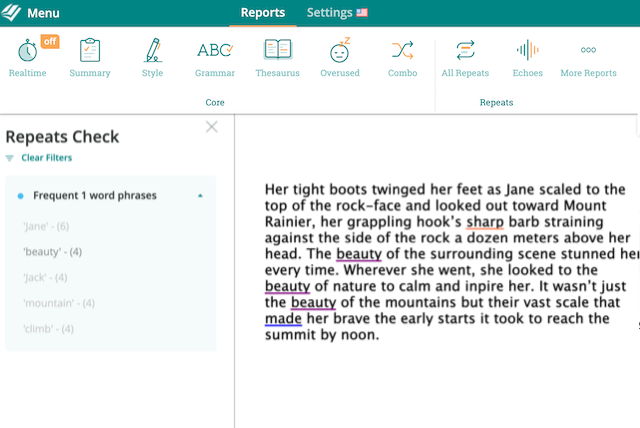 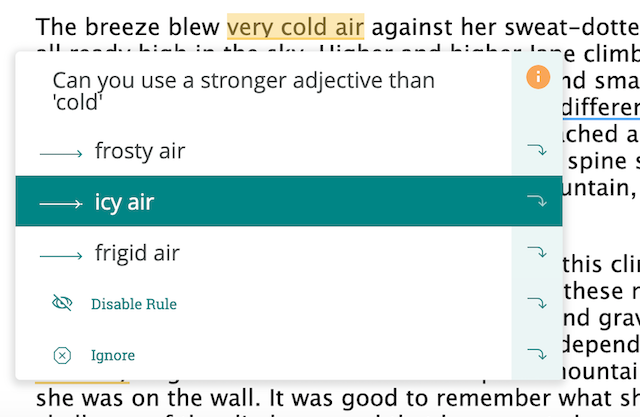 With ProWritingAid, you can feel confident you’re using the most powerful adjectives in the best way. It will help you reduce overused words and helpfully suggest choices you might not have thought of on your own.

A, an, and the are called articles. They are a type of determiner that goes before a noun. When you add an adjective to make a noun phrase, it can change the article you need to use.

If the adjective begins with a consonant, use a:

If the adjective begins with a vowel, use an:

However, if you are writing about a specific noun, choose the instead, regardless of whether your adjective starts with a vowel or consonant: 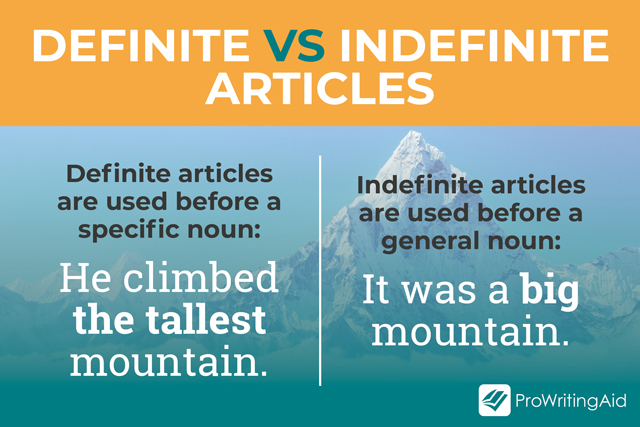 We’ve added a simple definition and examples for the most popular choices of adjectives beginning with A, so you can be sure you’re using them correctly in your writing. There are also plenty of additional adjective suggestions if you’re searching for something new.

Positive Adjectives Starting With A 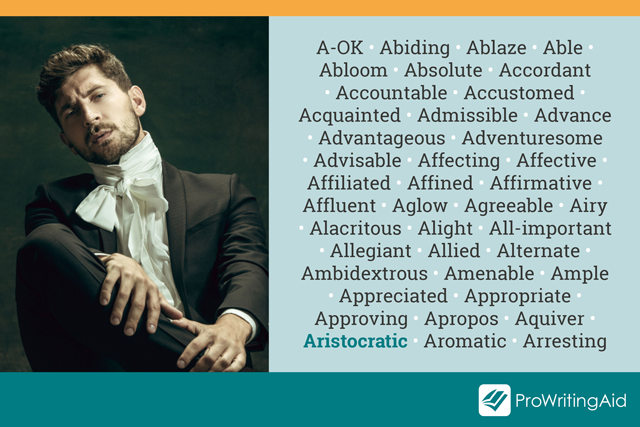 Positive Adjectives to Describe a Person Starting With A

Not Found What You Need? Try These Additional Positive Adjective Choices: 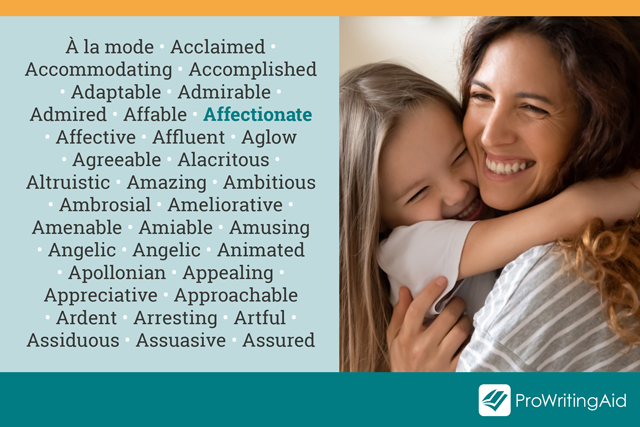 Negative Adjectives Starting With A

Not Found the Perfect Negative Adjective? Try These Additional Choices:

Negative Adjectives to Describe a Person Starting With A 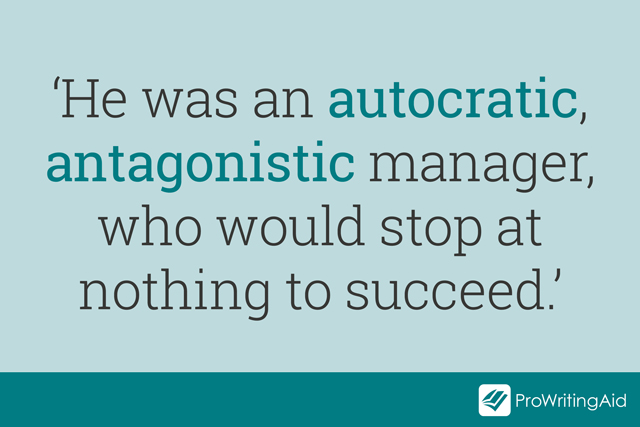 Neutral Adjectives to Describe a Person Staring With A

Adjectives to Describe Negative Emotions Starting With A

Academic/Educational Adjectives Starting With A: 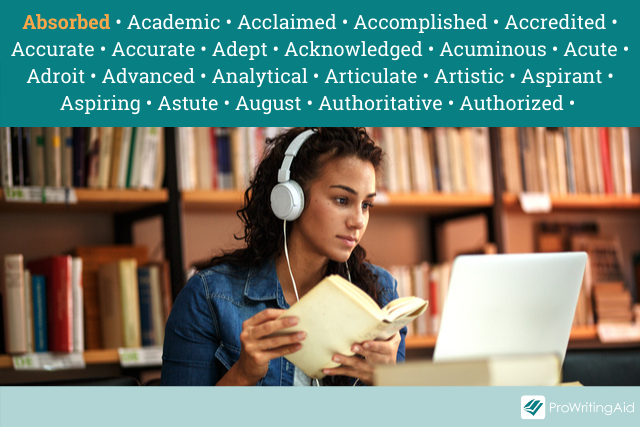 Romantic Adjectives Starting With A

Sporty/Adventurous Adjectives Starting With A 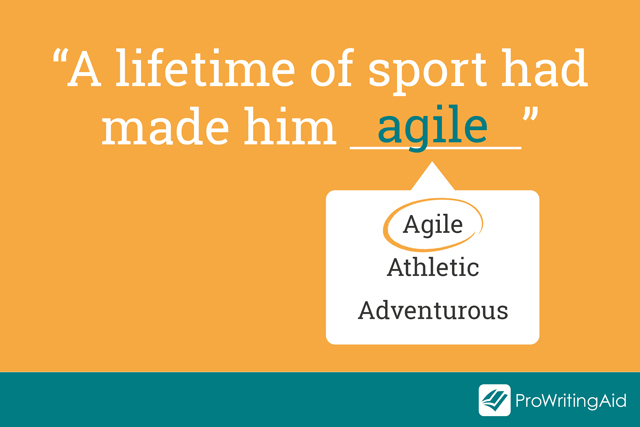 Adjectives to Describe Age Starting With A

Adjectives to Describe Colors Starting With A

When you use two (or more) adjectives that are roughly of the same importance and modify the same noun, they are called coordinate adjectives. Separate them with a comma.

While you don’t need adjectives in sentences, using them makes your descriptions realistic and interesting for the reader. But, choose your adjectives wisely! One powerful adjective can easily replace a list of weaker ones, making your writing more interesting and easier to read.