Allude vs. Elude: What’s the Difference? 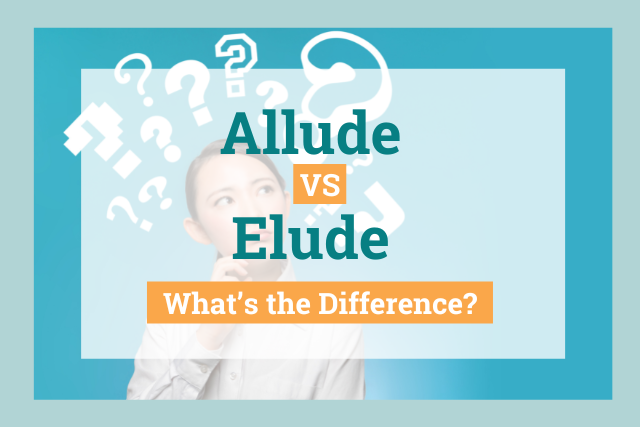 Many writers mix up the words allude and elude because they sound so similar.

However, these two words have very different meanings. Learning how to use these commonly confused words will make you a better writer.

This article will explain the differences between allude and elude, and help you make sure you’re using the right word in your writing.

Definition of Allude vs. Elude 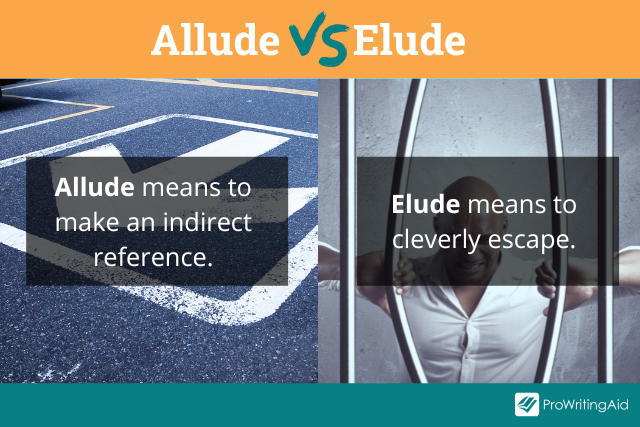 Why do these two words sound so similar? Both allude and elude are verbs that stem from the Latin ludere, meaning “to play.” After all, both words describe an action that’s somewhat playful and crafty.

When to Use Allude

You should use allude to describe the act of hinting indirectly at something.

For example, you could say, “The politician alluded to his past mistakes without really acknowledging them.”

If someone references something directly, you should use the word quote or mention instead. Allude only applies if the reference is indirect.

When to Use Elude

You should use elude to describe the act of evading or escaping a pursuer in a clever way.

For example, you could say, “The thief eluded the police.” This means that the thief cleverly avoided getting caught.

“Sleep eluded me” is a common English expression that means the speaker couldn’t fall asleep no matter how hard they tried.

One helpful tip when you’re trying to figure out which word to use is that you often use the preposition to after allude, but rarely after elude. If you’re wondering whether to say “alluded to” or “eluded to,” it is likely the former.

ProWritingAid’s grammar checker can help you detect incorrect usage if you’re not sure you’re using the right word.

Let’s look at some examples of alluded and eluded in a sentence. 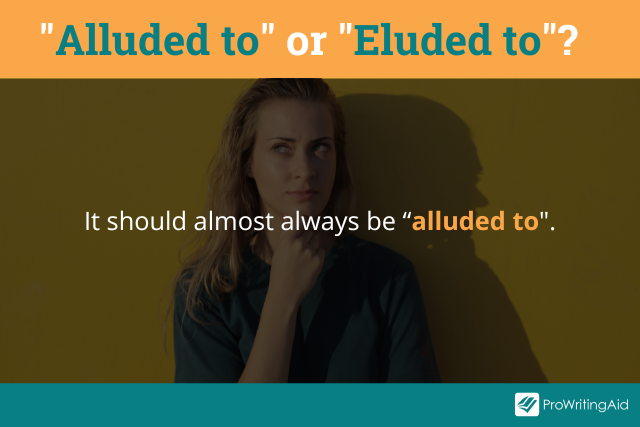 Now you know the difference between allude and elude.

What other commonly confused words do you tend to get mixed up? Let us know in the comments.