What Is Wordle? Everything You Need to Know

The game Wordle was one of the most viral internet games of the past few years. In 2022, it had around 3 million players worldwide.

So, what is Wordle, and how did it become such a viral internet sensation?

This article will explain how Wordle works and why it became so popular.

Wordle is a daily word game that involves figuring out a secret five-letter word.

You play by guessing different five-letter words to see how close they are to the secret word. When you submit a guess, the game will tell you how close your guess is by color-coding each letter in your guess. 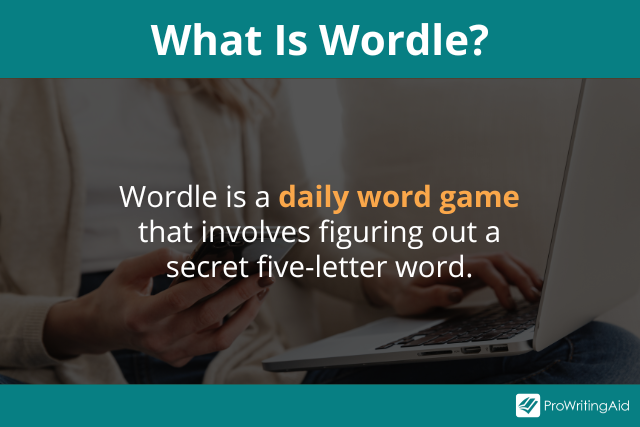 Every day, the secret word refreshes, so you can play only one puzzle per day. The secret word is the same every day for every player around the world, so you can talk about the same puzzle with friends, family, or millions of strangers on the internet.

The game was created in 2013 by Josh Wardle, a software engineer and artist. He originally made Wordle for his partner as a personal guessing game that they could play together, since they both loved games like crosswords and Mastermind.

He decided to make the game publicly available in October 2021. People began sharing their daily results with each other in the form of colored emoji squares.

Within a few months, Wordle had attracted so many players around the world that Wardle wasn’t sure how to continue managing the game, since he didn’t want to run a gaming business. In January 2022, he sold it to The New York Times, which manages many other successful word games, such as Spelling Bee and the NYT Crossword.

Now, Wordle still has millions of users, many of whom have made a habit of playing it every day.

Where to Play Wordle 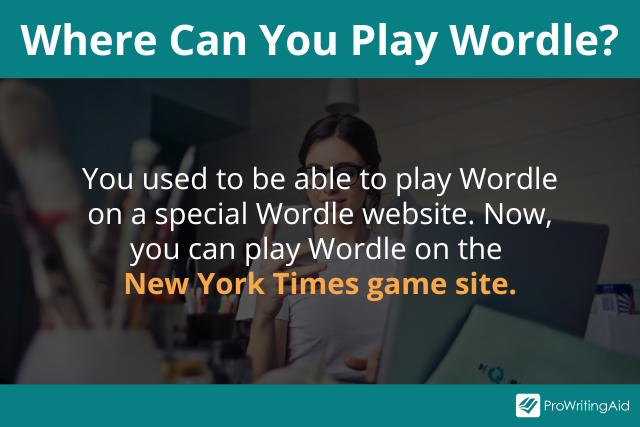 There’s no app version of Wordle, so you can’t play it on a desktop app or a mobile app. You can only access the game through a web browser, such as Chrome or Safari.

Wordle is free to play, and you can access it without an NYT subscription. Best of all, there are no ads to distract you from your playing experience.

The New York Times decided to keep Wordle free when they bought the game from Josh Wardle, even though many of their other word games, such as the NYT crossword, require a subscription.

How Does Wordle Work?

Wordle can be confusing to people who have never played before, but once you’ve played it once or twice, it’s easy to get the hang of it. Let’s look at the rules of this guessing game.

How to Play Wordle Online

The rules of Wordle are elegantly simple.

Your objective is to guess a secret five-letter word in as few guesses as possible.

To submit a guess, type any five-letter word and press enter.

All of your guesses must be real words, according to a dictionary of five-letter words that Wordle allows as guesses. You can’t make up a non-existent word, like AEIOU, just to guess those letters.

As soon as you’ve submitted your guess, the game will color-code each letter in your guess to tell you how close it was to the letters in the hidden word.

Getting a green square or yellow square will get you closer to guessing the real secret word, since it means you’ve guessed a correct letter.

For example, let’s say you guess “WRITE” and get two green squares on the W and the R, and gray squares for the I, T, and E. Your next guess might be WRONG, WRACK, or WRUNG, since these words start with WR and don’t contain the letters I, T, or E.

Alternatively, let’s say you guess “WRITE” and get two green squares on the T and the E, and gray squares for the W, R, and I. In that case, your next guess might be BASTE, ELATE, or LATTE, since these words end with TE and don’t contain the letters W, R, or I.

Remember that the same letter can appear multiple times in the secret word, and there’s no special color coding for letters that appear repeatedly. For example, if the secret word is BELLE and you guess a word with one L and one E, Wordle won’t tell you that both those letters actually appear twice.

You get a maximum of six tries to guess the secret word. The game will give you a different winning statement depending on how many guesses it took:

Once you’ve found the secret word, Wordle has a “Share” option that lets you copy your results in the form of colored emoji cubes, so you can share them with anyone you want. Many players send their results to their Wordle-loving friends or post them on social media.

If you want to try to win Wordle in as few attempts as possible, it’s a good idea to come up with a strategy that lets you test commonly used English letters in their most common positions within real five-letter words.

For example, it’s smart to start with a word that includes the most commonly used letters in five-letter English words, such as A, E, S, T, R, and N. Words like SLATE and CRANE can be great starting options.

Other people prefer to start with words that include as many vowels as possible, such as ADIEU or AUDIO. These words increase your chances of getting a green or yellow square on the first try, so you know right away which vowels will appear in the secret word.

There are even AI algorithms that can analyze your Wordle strategy and recommend better words to try.

Of course, you can always just guess whatever five-letter words you want. At the end of the day, Wordle is just a game, and you should play it in whichever way feels most fun.

Why We Love Wordle

Wordle is a quick, free game that’s easy to love. It takes only a few minutes to play.

It’s also fun to play with your friends if you know other people who love Wordle. You can share your results with each other and talk about each day's puzzle.

Now there are dozens of Wordle clones, as well as Wordle spinoff games. Here are a few popular ones:

Let us know your favorite game in the comments!