What Does STG Mean and Stand For? 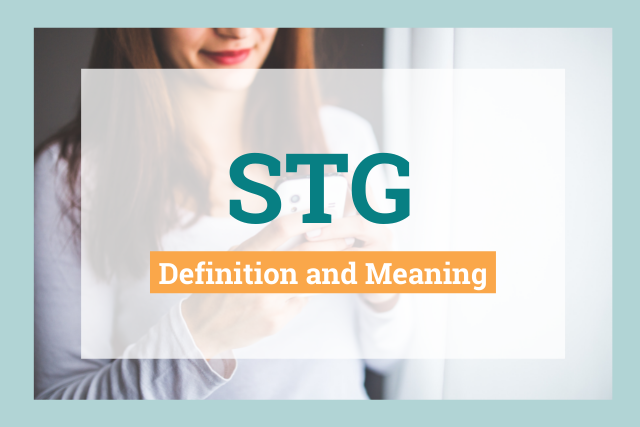 In the digital age, we use more acronyms and initialisms than ever before. People use abbreviations when texting or posting on social media because they are quicker and easier to write than full sentences.

One initialism you might see is STG, which most commonly stands for “Swear to God.”

Read on to learn more about what STG means and how to use it.

What Does STG Stand For? 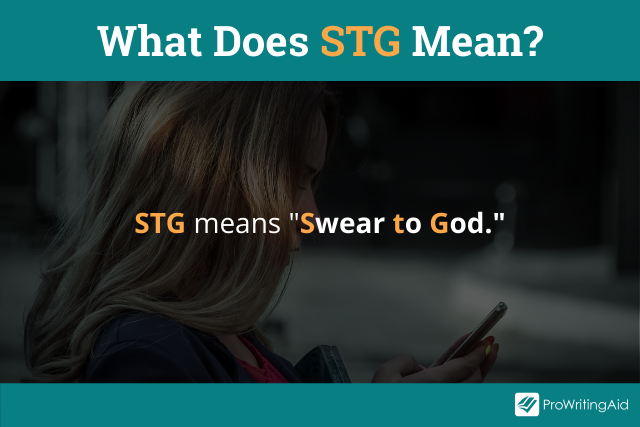 What Does STG Mean?

We usually use STG to add emphasis to a statement and show how much we mean it.

You might use STG to insist on something when someone else doesn’t believe you. For example, if someone accuses you of something, and you’re trying to plead your innocence, you might text them “stg I didn’t do it,” meaning “I swear to God, I didn’t do it.”

It’s also common to use this abbreviation to express extreme emotions, such as annoyance or gratitude.

For example, if you’re standing in a long line and you’re becoming impatient, you might write, “This is the longest wait I’ve ever put up with I stg.”

Or if someone does something that you are really grateful for, you might write, “This is the kindest thing anyone’s ever done for me stg.”

Because STG is a slang term, you should only use it in casual conversation, such as texting a friend, rather than in a formal setting.

Examples of STG Used in Sentences

Let’s look at some examples of how you might use STG in a conversation.

In situations related to video games, you might see the abbreviation STG used to refer to the “Shoot ‘Em Up” subgenre of action video games.

STG games are shooting games in which a protagonist shoots at a large number of enemies while dodging return fire.

Here are some examples of sentences which use this meaning of STG:

In some cases, you might see STG used to describe the pound sterling, the official British currency. Usually, this usage is written in lowercase with a period at the end.

Another abbreviation for the pound sterling is “ster.,” which means the same thing as “stg.”

Here are some examples of this meaning of STG:

In prisons, STG stands for “Security Threat Group.” It refers to a group of prison inmates that protect their own members and pose a threat to the safety of other inmates and prison officials.

It’s another term for a prison gang, though law enforcement officials avoid using the word “gang” due to the negative connotations.

Here are some examples of this meaning of STG:

Occasionally, you might see STG used to mean “Super Tan Girl.” This term usually refers to a girl with blond hair and extremely tan skin.

Below are some example sentences using this meaning of STG:

The context of the sentence can help you work out what STG means. As a rule of thumb, it’s most likely short for Swear to God and you should only use it in social situations or informal writing.