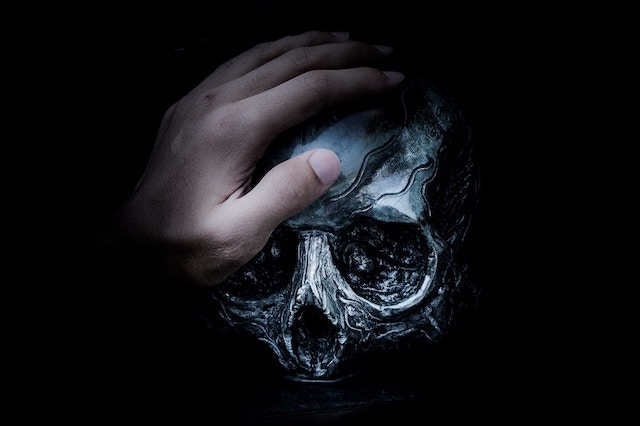 The world is scary. That's a good thing for horror writers.

In this article, we’ll examine some of the best brands of horror, then analyze ways to use those brands effectively.

Did you sign your waivers? Okay, then. Let the ride begin!

This is a classic brand of horror that’s older than books themselves. You know the classics: werewolves, vampires, zombies, etc.

Most obviously, monsters are scary simply because they look scary. Whether it’s gnashing teeth, melting skin, flapping wings, or some other nasty trait, appearance definitely boosts a monster’s scariness rating. An extension of appearance is the promise of danger: monsters frighten us because they look like they can hurt us (or worse).

But the best monsters frighten us because they tell us something about ourselves that we didn’t want to admit. Take for example the Walkdog, a creature from Sofia Samatar’s short story of the same name. While not overtly horror fiction, this story is certainly creepy.

The Walkdog is a monster that stalks the state of New Jersey and invites people to walk with it at night. The only catch: anyone who walks with Walkdog never comes back.

A simple enough premise, but the real horror here is what Walkdog represents: disappearance without explanation.

If you use monster horror, try thinking deeper than the monster itself. Ask not just what the monster is, but also what it represents.

Way back in 1915, for example, Franz Kafka wrote “The Metamorphosis,” a story in which a man awakens to find that he’s transformed into a giant bug.

(I’ll admit, I read this story in college and didn’t much care for it. However, it illustrates body horror nicely.) The fear here is obvious. Nobody wants their body to undergo a radical change (at least not without their permission).

However, it still works in literature, though you must delve into the truly gruesome to achieve the desired effect (Bret Easton Ellis’s American Psycho, for example).

In loss of self stories, characters don’t just change physically—their entire identity is altered. Here the fear lies in the fact that everything about a character is taken away.

You’ve heard of The Exorcist before, so there’s no need for me to describe it in too much detail (plus, I don’t want to make you puke). Suffice it to say that Regan’s possession is a complete loss of self.

She goes from an innocent young girl to a projectile-vomiting, spider-walking demon. The horror here is obvious. When an outside force changes everything that makes you you, that’s inherently scary.

If you opt for loss of self horror, focus on establishing characters people will like. That way, when their identity is taken away, readers will feel that much worse for them (and that much more horrified by the transformation).

I like my house because it’s safe. If it was, say, haunted, evil, or invaded, I don’t think I’d like it quite so much.

That’s the root of the terror in home invasion stories. The basic premise: an outside force invades a safe space with the intent of causing harm. These stories often play on people’s fears of being home alone, being attacked, or being haunted.

Those first two fears are classic elements of every good sleepover story, i.e. “She was home alone when she heard footsteps coming up the stairs.”

The third is a classic trope of horror fiction: the haunted house. Shirley Jackson’s The Haunting of Hill House, Henry James’s The Turn of the Screw, and Edgar Allan Poe’s “The Fall of the House of Usher” are a few classics.

To be clear, home invasion stories need not necessarily take place in an actual house—the word “home” is simply a proxy for any familiar space. Take Stephen King’s ’Salem’s Lot as an example.

There is a haunted house in the book (the Marsten House), but the invasion aspect is more focused on ’Salem’s Lot itself. The town has been taken over by vampires, after all.

Like loss of self stories, home invasion stories work best with sharp transformations. Establish a setting that feels welcoming, friendly, and above all, safe. That will make the change to horror all the more shocking. 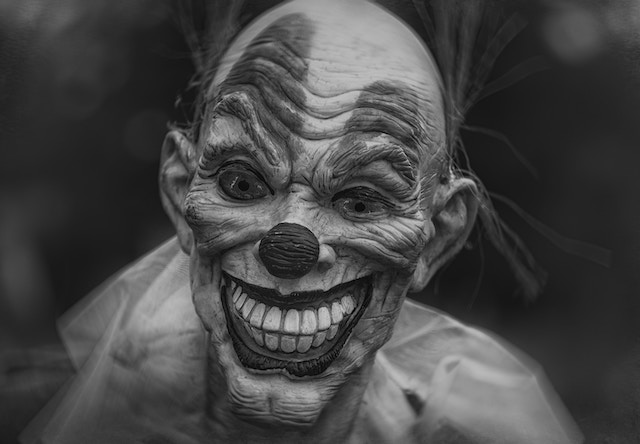 Cosmic horror is a unique and challenging brand made famous by H.P. Lovecraft. While not a guy I’d like to do a podcast with, he was certainly good at writing scary stories. I’d sum up Lovecraft’s approach to cosmic horror as: there are some things in this world that humans can never understand, and if we try to understand them, we’ll simply go insane.

Lovecraft specialized in creating creatures with such consonant-heavy names as Cthulhu, Yog-Sothoth, and (I still can’t pronounce this one) Nyarlathotep. These are all monsters, so you could argue that they belong to horror brand number 1.

However, I think they’re different since the horror is more about what these creatures do rather than what they represent. They eviscerate human sanity and understanding. And that is indeed scary.

Lovecraft isn’t the only writer to delve into cosmic horror, but he’s undoubtedly most synonymous with it. If you’d like to try it yourself, focus on crafting beings that defy easy categorization. Then give them incomprehensible names and you’re set!

There are many more than five brands of horror, but these are a few of my faves. Which do you enjoy most? Which do you find most challenging? Let me know in the comments below!