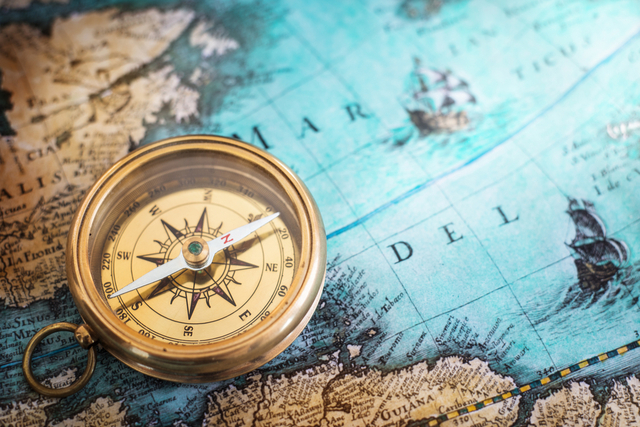 Contrary to common belief, authors don't have the loneliest job. In fact, we continue to walk on the paths previously paved for us. In fiction writing, those paths are called "archetypes."

First things first, what is an "archetype"?

The term "archetype" comes from an ancient Greek origin. The root words are "archein," which means original or old, and "typos," meaning pattern, model, or type. Combined, the term refers to "an original pattern."

In literature, an archetype is a common character, action, theme, symbol, setting, or situation that represents the universal patterns of human nature and shapes the structure of a story.

According to the founder of analytical psychology Carl Jung, the stem of an archetype is the "collective unconsciousness" of humankind.

By recognizing and incorporating the strengths and the weaknesses of each archetype, readers can learn the moral of the story. Human beings, after all, are storytelling creatures. We learn better with stories.

Adam Gopnik explains it well in this New Yorker article.

Aside from creating stories that are valuable, archetypes help us as writers create stories that people want to read. After all, archetypes address common threads of human existence, so it's important to recognize how employing archetypes can create wildly readable stories.

In this article, we'll discuss the common best-selling archetypes, how to create believable characters with different archetypal qualities, how to plan each fictional character's goals based on their archetypes, and how to make them interact with each other to create a strong storyline.

Here are several best-selling character and story archetypes that are common in fiction works, including novels and movies.

Jung posited the twelve common character archetypes, each of which has its own motto, core designer, goal, biggest fear, strategy, weakness, and talent.

Each of these twelve archetypes can be developed into the core of a story. When they interact, it's expected that explosions, implosions, and other exciting parts of your story would happen. Writers should explore such interactions to create plots with climaxes, anti-climaxes, and surprising twists and turns.

In literature, the best-selling character archetypes include:

The Hero and the Villain Most superhero stories come with one or multiple heroes and villains. These characters are mostly black and white, as the world applauds heroes and detests villains.

The Lucky Fool Readers love lucky fools. This character is usually kind-hearted and can be quite naive or has some "joker" qualities. Based on this character, the author can create witty and ironic plots.

The Regular Joe or Jane Readers can relate better with regular Joes or Janes, and this archetype would make a great beloved fictional character. Combined with a strong storyline, the character can be turned into something memorable.

The Investigator This character sparks curiosity in readers as it allows them to see the world through his or her unique eyes. Many best-selling mystery, thriller, and paranormal novels use this archetype.

The Anti-Hero This character is heroic but not a "hero" per se. He or she could be anyone who doesn't own a hero's typical characteristics, like super powers, uber confidence, and great physique. Instead, the character prevails despite all the weaknesses and ordinariness.

The Noir Hero "Noir hero" is a character about someone who doesn't deserve to be acknowledged as a "hero." It's not an only anti-hero but also a dark person. The story about a noir-hero brings doom and gloom. The story typically has a sad ending.

These story archetypes, when combined with the above character archetypes complete with their own goals and fears, make highly-marketable works of fiction.

David vs. Goliath Overcoming the monster is a good backdrop story for a hero and a villain, an anti-hero, and a noir hero. Many other character archetypes have successfully used this story framework.

Rags to Riches This story is uplifting and can be quite inspiring and motivating. It's ideal for inspirational, light-hearted fiction.

Romeo and Juliet Two people are in love but one or both of them are dying. It's a classic love storyline that has been rewritten thousands of times.

Rebirth Human beings always seek enlightenment and we often encounter it in varying degrees. The ultimate illumination is a rebirth, which is always a fascinating story to tell.

The Quest What does the protagonist seek the most? Tell the story in which your character must fight inner and outer demons that stand in the way of an ultimate goal.

The Voyage  This archetype is similar to The Quest, but it's mostly an external quest involving a place, new people, and the excitement and peril on the way to the destination and back.

Each character archetype comes with his or her own emotional type and Myers-Briggs Personality.

Develop the protagonist, the antagonist, and other characters with the following emotional types and MBTI Personality types for a realistic feel that readers can relate to and comprehend.

Each type can be utilized as a good source of internal and external conflicts. For instance, an intellectual who must deal with a gusher may create combustion, and an empath who is overly sensitive may not be able to handle a rock type.

In general, there are four emotional types based on their dominant traits: thinking, sensing, stoic, and feeling.

There are 16 MBTI personality types based on their source of energy, information processing, decision making, and how they deal with the world outside themselves. When using these types in the character archetypes, stay open for possibilities that each trait can contribute.

The individual traits are ascribed letters, as follows:

This gives 16 types, of which there are 8 introvert and 8 extrovert:

3. Planning Each Character's Goals and Fears Based on Archetypes

Now that you're familiar with character archetypes, story archetypes, and personality types, how do you structure the story? The goals and fears of each character are the "fuel" of a storyline. Recognize what they desire most and fear most.

Based on Jung's 12 character archetypes, these are the most common goals and fears for each type:

Equipped with archetypes, personality types, and their goals and fears, a strong storyline should emerge organically.

The author's next task is selecting a setting that fits the genre and creating out-of-the-box interactions, plots, and dialogue. Combine each archetype with the personality type and its goals and fears for a deeper character.