Quite: Definition and Meaning 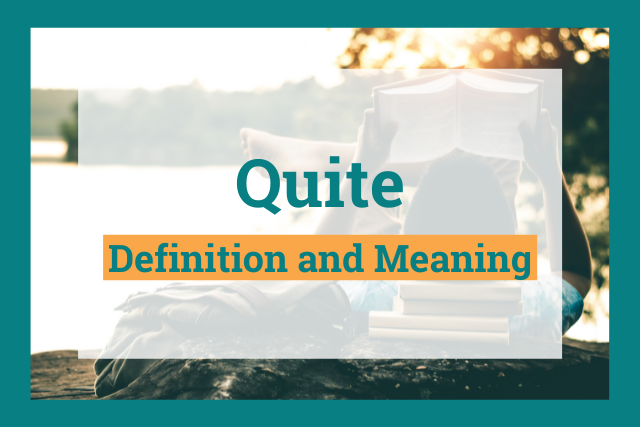 Quite is a word that is regularly used in the English language, but do you know all of its definitions?

The most common meaning of quite is “moderately, or a little.”

Read on to discover some further definitions, synonyms, and examples of the word quite in a sentence.

Quite is an adverb which has five primary definitions. 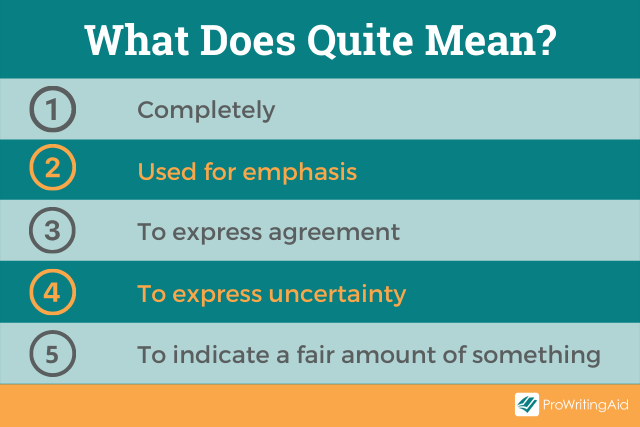 To determine the meaning of quite in a sentence, it is important to look at the context.

What Are Some Synonyms for Quite?

With quite being the 653rd most common word in the English language, you may find yourself in need of some synonyms and related words to prevent overuse and keep your audience interested. 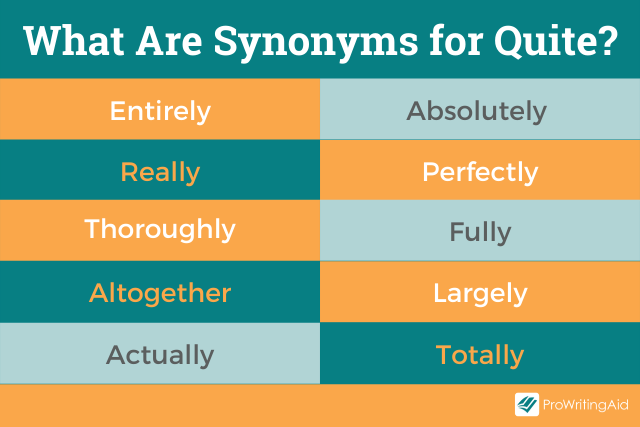 Here are 12 of the most common synonyms for quite:

You could also use ProWritingAid’s Word Explorer to discover synonyms for quite that are contextually related to your sentence. This saves time and helps to diversify your vocabulary while keeping the meaning consistent. 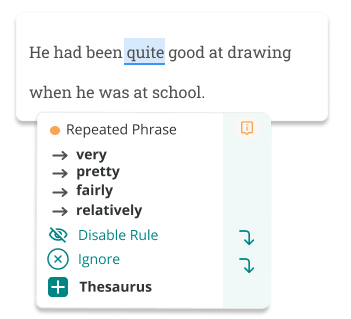 Examples of Quite in a Sentence

Here are some examples of quite being used in popular literature.

“He was quite young, wonderfully handsome, extremely agreeable, and, to crown the whole, he meant to be at the next assembly with a large party.”―Pride and Prejudice by Jane Austen

In this quote by Jane Austen, quite means “moderately” and is used to quantify Lady Lucas’ description of Mr. Bingley.

“That’s quite enough—I hope I shan’t grow any more—As it is, I can’t get out at the door—I do wish I hadn’t drunk quite so much!”―Alice’s Adventures in Wonderland by Lewis Carroll

Quite is used in two different ways here. The first example is used for emphasis and the second is used to show that Alice has had slightly too much of the growth drink. 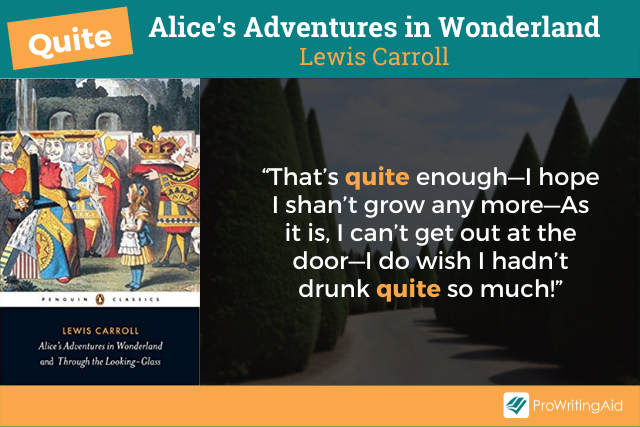 “They say that men who have seen the world, thereby become quite at ease in manner, quite self-possessed in company.”―Moby Dick by Herman Melville

Both instances of quite in this quote are used in the same way, indicating a fair amount of something and lessening the impact of the following words.

“She was quite alone, and there was not a sign of any living thing about.”―Dracula by Bram Stoker

In Stoker’s quote, quite is used to emphasize how alone the character is.

“Quite recently the writer made a localized study of the universality of the belief in dragons.”―The Chinese Dragon by L. Newton Hayes 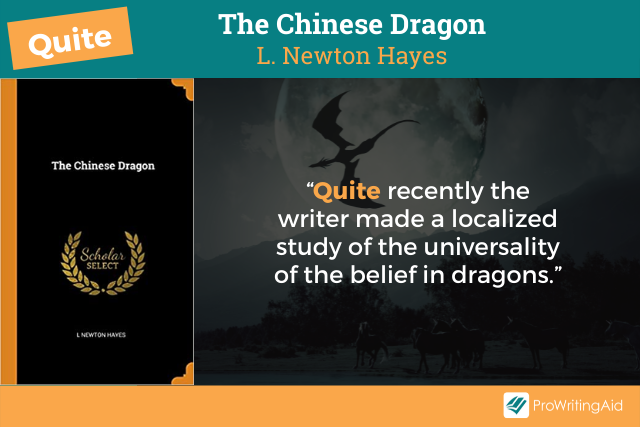 Here, quite means “moderately” or “fairly,” and it works to make the word recently even less specific.

In Conclusion: Quite Recap

I hope that you are quite sure about the meaning of “quite” after reading this article. Just make sure that you don’t accidentally type “quiet” instead of “quite” (two words that are deceptively similar) and create a very confusing sentence.