Pint vs Quart: What’s the Difference? 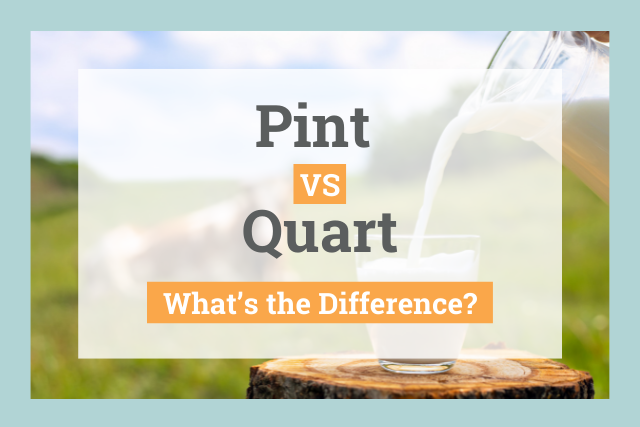 Pint and quart are two words we use to describe units of volume.

But what’s the difference between the two?

The short answer is that a pint is about half the size of a quart.

Read on to learn more about the difference between pint and quart and exactly how big each of these units are.

What Is a Pint?

A pint, sometimes abbreviated as “pt” or “p,” is a unit of volume equivalent to one-eighth of a gallon.

We often use the word pint when talking about beverages such as beer, cider, and milk. In a bar, for example, you might order “a pint of beer.”

The word pint can be used for dry goods as well; you might buy a pint of ice cream from the grocery store, or a pint of blueberries. 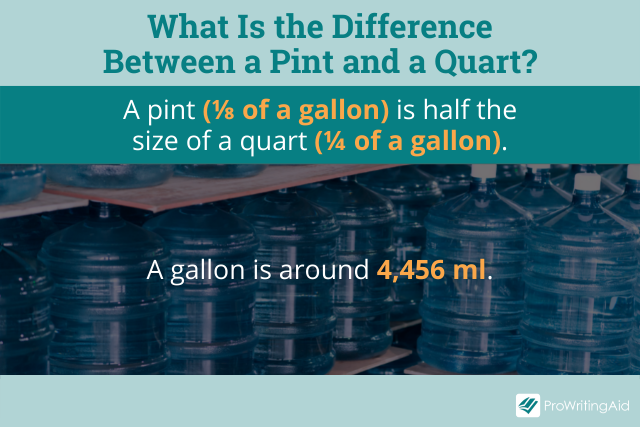 How Big Is a Pint?

The exact size of a pint varies depending on which country you’re in.

In the United Kingdom and many Commonwealth nations, the word pint refers to the imperial pint, which is around 568 ml.

In the United States, there are two types of pints: the liquid pint and the dry pint.

What Is a Quart?

A quart, sometimes abbreviated as “qt,” is a unit of volume equivalent to a quarter of a gallon. You can think of quart as being a shortened version of the word quarter.

We use quarts similarly to the way we use pints. You might buy a quart of milk, a quart of ice cream, or a quart of blueberries.

How Big Is a Quart?

A quart is equal to a quarter gallon.

Just like the size of a pint, the exact size of a quart also varies depending on where you are.

In the United Kingdom, an imperial quart is equivalent to 1.136 liters.

What’s the Difference Between Pint vs Quart?

A quart is twice the size of a pint. 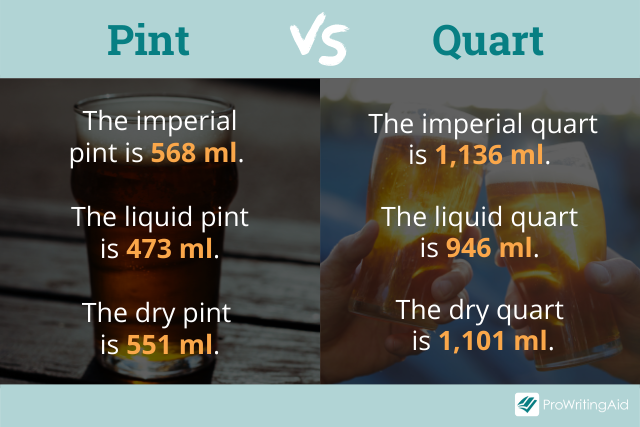 Examples of Pint and Quart Used in Sentences

Here are some examples of how you might use each of these words in a sentence:

Conclusion on the Difference Between Pint vs Quart

There you have it: a complete guide to pints and quarts. Just remember that a quart is a quarter of a gallon, and a pint is an eighth of a gallon.

Next time you’re measuring the volume of something, you’ll know how many quarts and how many pints to use!