Occured vs Occurred: Which Is Correct? 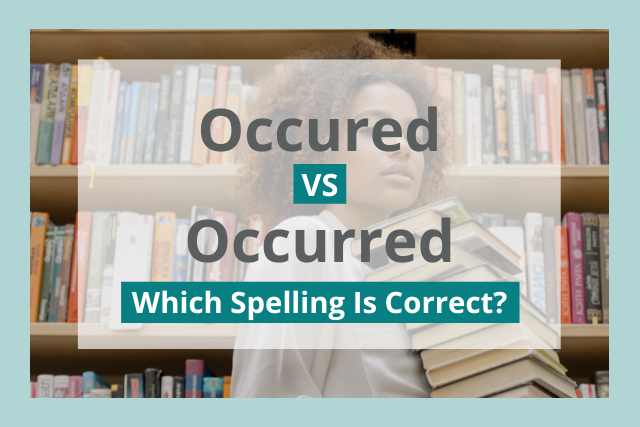 We’ll be the first to admit that spelling English words can be a little challenging. Take, for example, the word occurred. Or is it occured? Maybe ocurred? It’s one of the more commonly misspelled words out there.

The correct spelling is occurred with two Cs and two Rs.

Let’s take a quick look at the meaning of occurred, how to use it in sentences, and how to get the spelling correct every time.

How to Spell Occured Correctly

The word occurred is commonly spelt incorrectly. Two common misspellings are occured and ocurred. However, the correct spelling is occurred, with two Cs and two Rs.

Occurred is the past tense of occur. There is a general spelling rule that when a verb ends in a consonant, the consonant is sometimes doubled before adding the –ed.

In a word with two or more syllables and where the final syllable is stressed, the final consonant should be doubled. Occur fits this requirement, so there are two sets of double consonants in occurred. 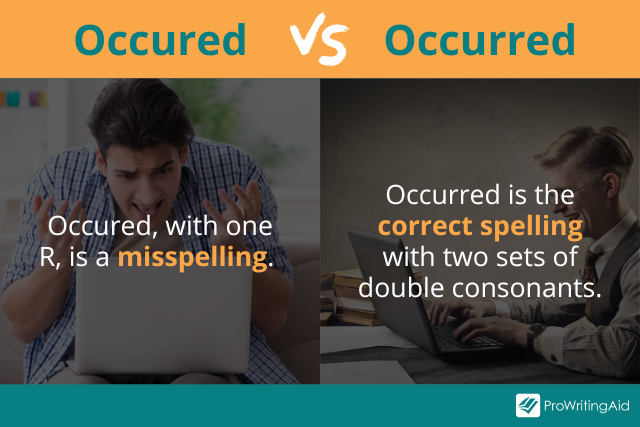 Quick Definition and Meaning of Occurred

Occurred is the past tense of the verb occur, which has three definitions.

It’s great to know the different ways to use occurred, however, if you want to avoid using the word all together here are a few synonyms:

Examples of Occured Used in Sentences

Here are a few examples of occurred being used in sentences.

Occured vs Occurred: How to Remember the Correct Spelling

The correct way to spell occurred is with two Rs and two Cs. The easiest way to remember how to write occurred is to note that the correct spelling has two sets of double consonants. 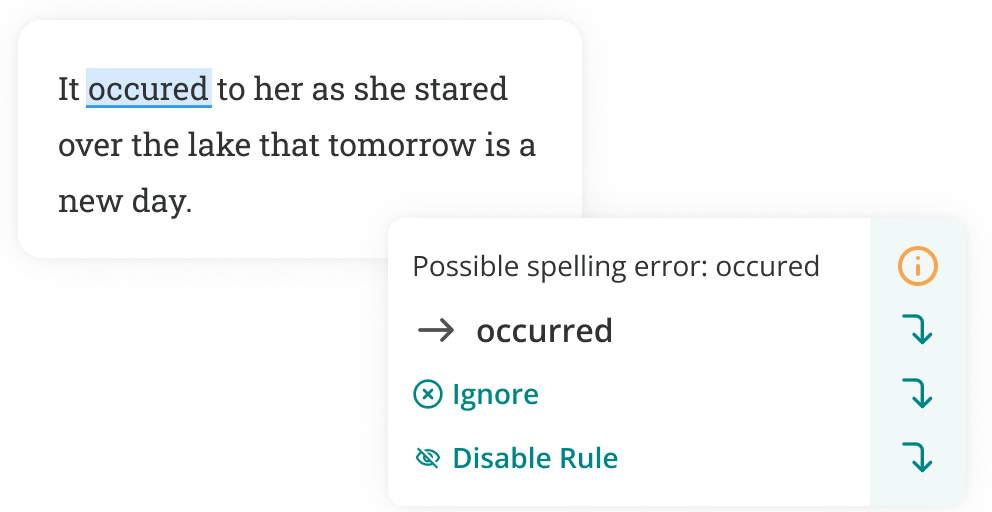 Of course, you can always use ProWritingAid to check if you’re spelling occurred correctly.

If you’ve spelt it incorrectly the tool will highlight it and show the correct spelling. You can then correct it with one click. If you’ve misspelt it intentionally, then you can simply ignore the prompt.