Lite vs Light: What’s the Difference?

The words light and lite are homophones, which means they have the same pronunciation but different spellings and definitions.

The word lite refers to something that is simpler than the normal version.

The article explains the difference between lite vs light and provides some examples of each word in sentences.

Overview of Lite vs Light

Lite is an informal version of light, but the two words are not synonyms. Let’s look at the differences between the words in more detail.

Light can be a noun, a verb, an adjective, and an adverb, and it has two primary definitions.

Light is something that makes vision possible. In a technical sense, it is the electromagnetic radiation that is visible to the human eye. For example, “My dashboard’s light enables vision at night.”

Light can also refer to something that is not heavy. For example, “My suitcase is pretty light compared to last year.”

The word lite refers to something that is lacking in seriousness or substance. It is an informal variant of light, and should therefore not be used in formal writing.

For example, food can be described as lite if it contains fewer calories or fats than the original. For example, “The alcohol content of this lite beer is almost zero.”

Lite is a commercial term that is commonly used in marketing related contexts, such as brand names and product descriptions. For example, “Alpen Lite is a popular breakfast bar brand.” 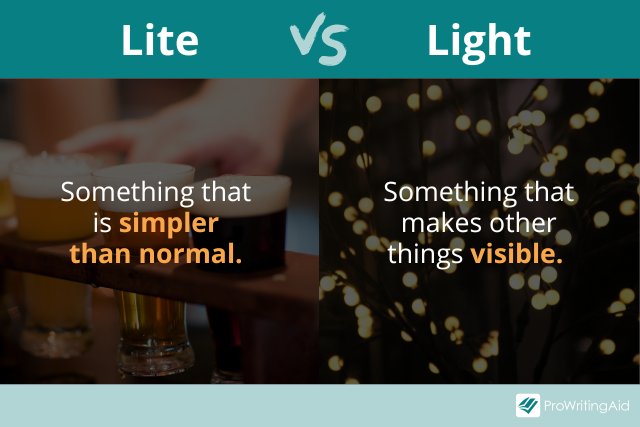 Lighter is a derivative term of light, which can be used as a comparative term. For example, “The green box is lighter than the red one.” It can also be used as a noun which refers to a device which produces a flame.

Liter is not a derivative term of lite. Liter is a noun which refers to a metric unit that measures volume. It is an alternative spelling of litre and is primarily used in American English.

Examples of Lite in Sentences

The best way to learn how to use a word is to see it in sentences. So, here are a few example sentences that include the words lite and light.

Examples of Light in Sentences

Conclusion on Lite vs Light

Let’s recap the differences between lite and light. 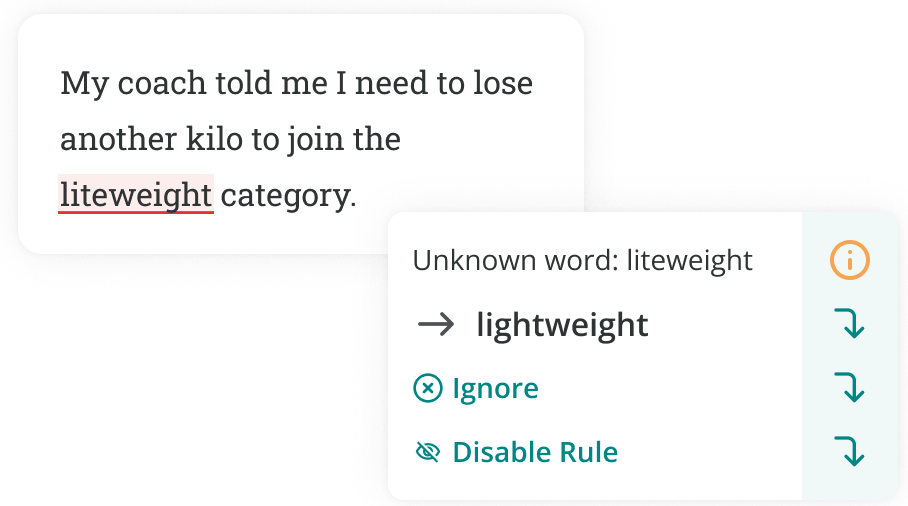 And if you want peace of mind that you are using the correct word every time, why not try ProWritingAid? The tool catches confused words and offers corrections, so you never miss a mistake again.