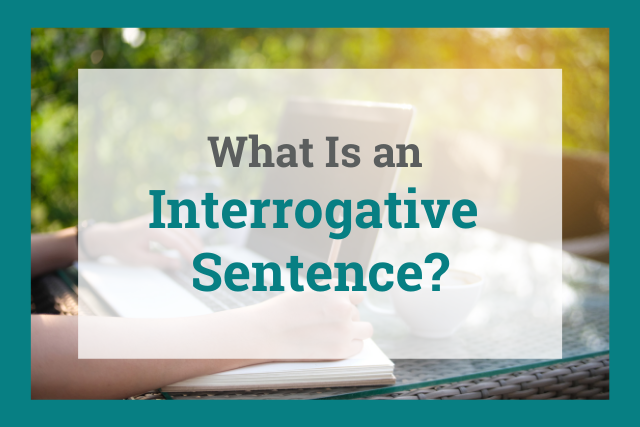 If you want to be a successful writer, you’ll need to understand how to use each one.

This article will explain what an interrogative sentence is and teach you how to construct one correctly.

What Is an Interrogative Sentence?

Interrogative sentences are aptly named because their purpose is to interrogate. 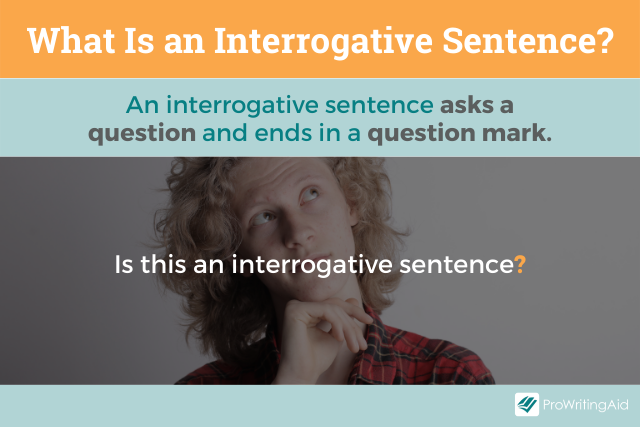 Here are some examples of interrogative sentences:

How Do Interrogative Sentences Differ from Other Types of Sentences?

Interrogative sentences are one of four types of sentences in the English language.

The other three types of sentences are declarative, exclamatory, and imperative sentences. 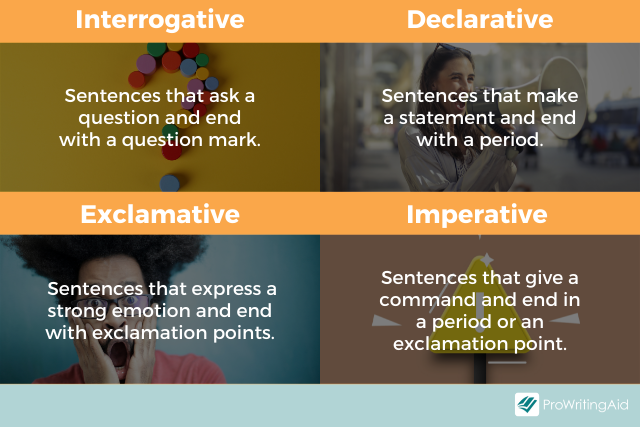 Declarative sentences make a statement and end with a period.

If a sentence makes a statement, expresses a powerful emotion, or gives a command, you know it’s not an interrogative sentence.

More importantly, interrogative sentences are the only type of sentence that end in a question mark, which makes them easy to recognize. 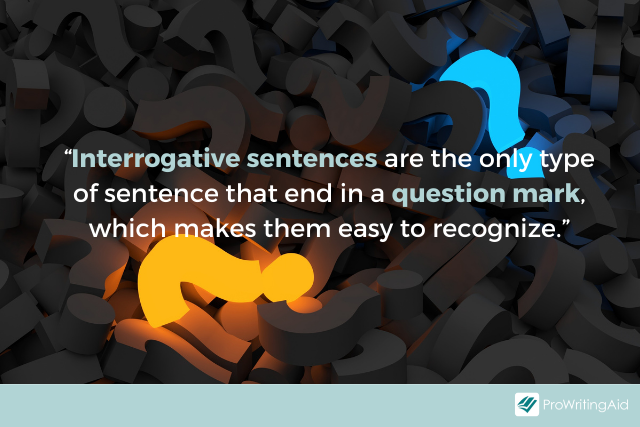 What Are the Different Types of Interrogative Sentences?

There are three different types of direct questions. An interrogative sentence can ask any of these three types of questions: 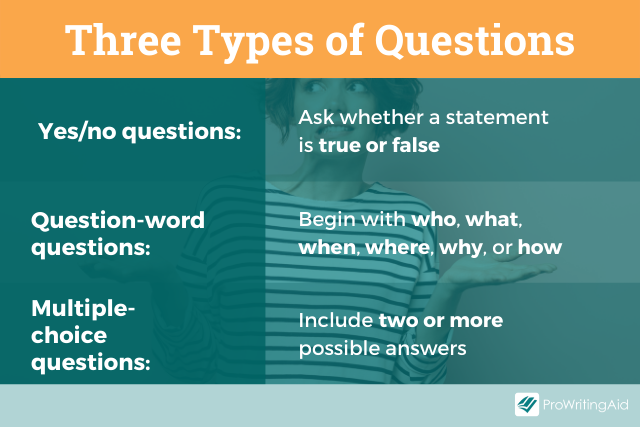 Let’s take a closer look at each type of question.

Some questions have answers that take the form of “yes” or “no.” Essentially, these questions ask whether a statement is true or false.

Some questions begin with a question word.

Question words are who, what, when, where, why and how. The answer takes the form of a declarative sentence.

Multiple-choice questions include two or more possible answers within the question itself.

There’s no limit to the number of choices you can include in a multiple-choice question.

How Do You Construct an Interrogative Sentence?

In an interrogative sentence, the verb usually comes before the subject. This contrasts with the way most other types of sentences are formed, where the subject comes after the verb.

You can invert the subject and verb of a declarative sentence and then add a question mark at the end to turn it into an interrogative sentence. For example: 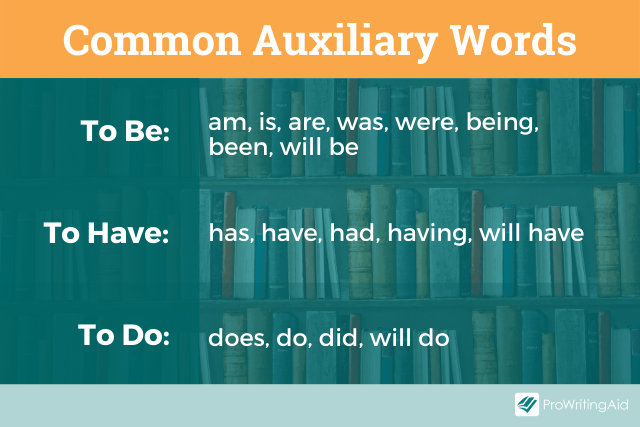 In this case, “do” is the auxiliary verb and “love” is the main verb.

The exact sentence structure of an interrogative sentence depends on which of the three categories the question falls into. Let’s take a closer look at how you construct each type of question.

How to Construct Yes/No Questions

To construct a yes/no question, use the following sentence structure:

Here’s an example of the construction of a yes/no question:

“Will you stay for dinner?” 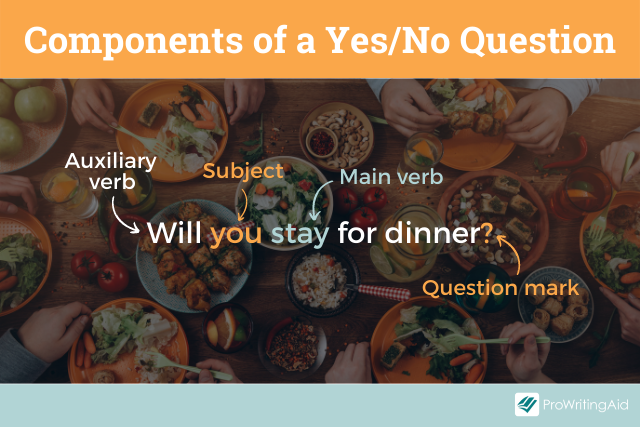 How to Construct “Question Word” Questions

To construct a “question word” question, use the following sentence structure:

Here’s an example of the construction of a “question word” question:

“Where did she go last night?” 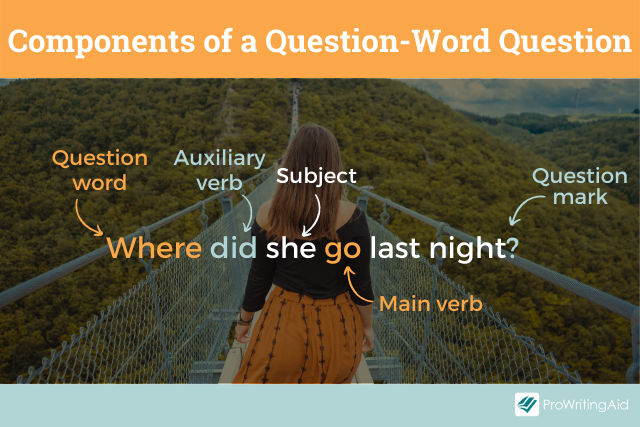 How to Construct Multiple-Choice Questions

To construct a multiple-choice question, use the following sentence structure:

If there are more than two choices, you can separate them all with commas and simply add an “or” before the final choice.

Here’s an example of the construction of a multiple-choice question:

“Should we study at the library or at my house?” 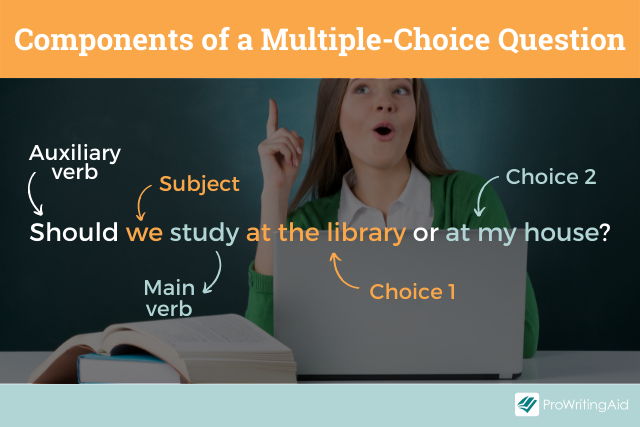 What Are Examples of Interrogative Sentences in Literature?

Let’s take a look at some examples of interrogative sentences from successful books.

Notice how every sentence ends in a question mark. See if you can figure out whether these questions are yes/no questions, “question word” questions, or multiple-choice questions.

Now you know how to identify and construct interrogative sentences.