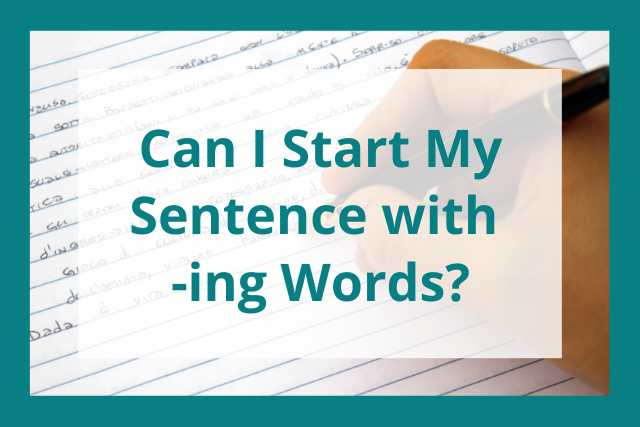 Starting a sentence with an -ing word is grammatically correct. But inexperienced writers may start too many sentences with -ing words, which makes their writing repetitive and dull. Additionally, using introductory -ing words can result in confusing sentence structures.

Let’s take a closer look at how to effectively use -ing words to start a sentence.

Can I Use -ing Words to Start a Sentence?

There’s no grammar rule saying you can’t start a sentence with an -ing word. But when you overuse them, the cadence of your writing will be verbose and slow. 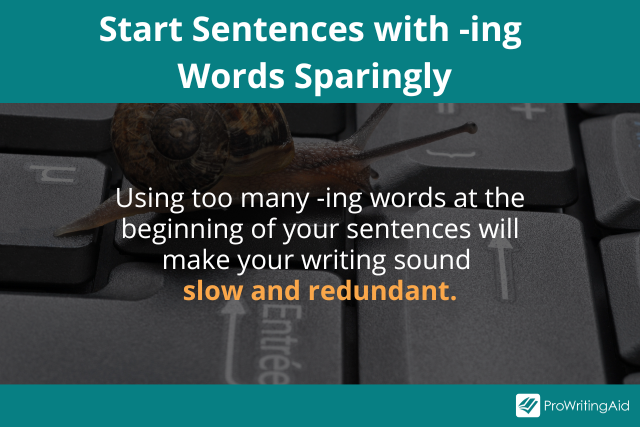 Look at this example of a paragraph that uses multiple -ing words to start sentences:

The paragraph reads slowly and becomes repetitive by the last sentence. It also feels passive, even though it is in the active voice.

It can be easy to fall into the habit of repeating sentence starts, but this will starve your writing of variety. A good target is to only start around 2% of your sentences with -ing words to create a good writing flow.

ProWritingAid can help you avoid starting too many sentences in a row in the same way. Try out our free grammar checker to improve the flow of your writing.

In addition to redundant sentence starts, you also need to be careful that your meaning is clear. 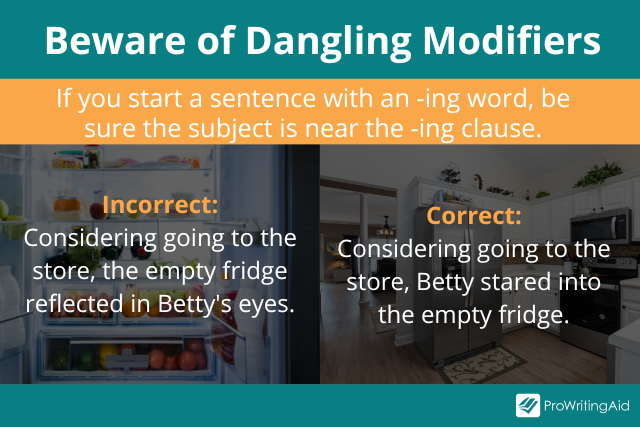 When to Use -ing Word Sentence Starts

Sometimes, -ing words are also gerunds. A gerund is a word that comes from a verb but functions as a noun in a sentence. In these cases, starting with an -ing words is usually the right choice.

When an -ing word functions as a verb, however, it’s not a gerund. Be careful when you use -ing verbs at the beginning of a sentence because it can easily cause confusion.

This sentence doesn’t make sense as it fails to include a subject. It sounds like the weather is traveling north in this sentence. Adding a subject rectifies this:

It is also important to only use an -ing phrase when the action occurring in that phrase happens at the same time as the action in the main part of the sentence. Otherwise, you’re left with something that doesn’t work:

In this case, it doesn’t make sense for her to unlock the door and leave the room at exactly the same time. To rectify this, you need to pair two actions which can happen together and make her movement sequential:

Conclusion on -ing Words to Start a Sentence

Using -ing words to start a sentence isn’t incorrect. Just follow these guidelines to ensure your meaning is clear.