Genius vs. Genious: What's the Difference? 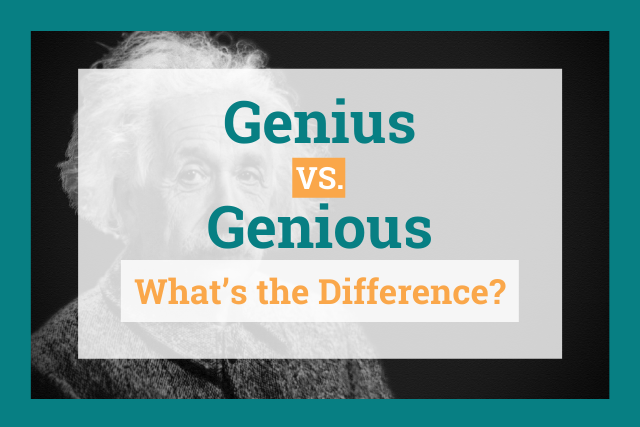 Is there a difference between the words genius and genious? Only one of these words is spelled correctly. Keep reading to find out whether you should use genius or genious in your writing.

Genius and genious are often confused, but only one of these is a real word. The correct spelling of the word is genius. Even if it looks correct, no dictionary recognizes the spelling genious. 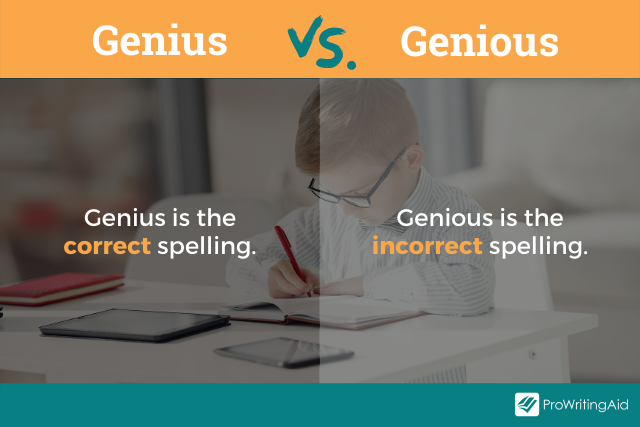 Why do so many people confuse the spelling of genius? There’s another word in English that might explain this common misspelling. Ingenious is an adjective that has a different but related meaning to genius. We’ll cover more about ingenious later in this article.

Of course, mistakes are bound to happen. Don’t run the risk of people not taking your writing seriously because of one misplaced letter. Use ProWritingAid to highlight and correct where you’ve used genious instead of genius.

What Does Genius Mean?

Genius can function as either a noun or an adjective. Let’s take a look at both of these in more detail.

Genius as a Noun 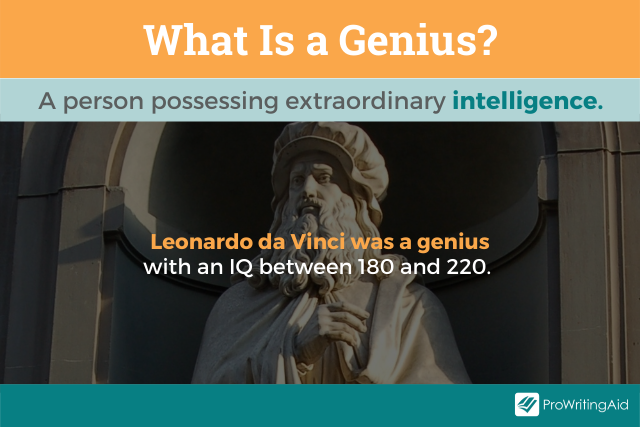 As a noun, genius refers to a person possessing extraordinary intelligence. A genius is an individual who displays remarkable intellectual ability and has an exceptional mental capacity.

Various organizations have metrics that they use to classify geniuses with. However, most people don’t use a scientifically precise definition.

Instead, most people use the word genius to refer to someone with exceptional intellectual ability in at least one field, especially someone with high achievements in their field. There are scientific and mathematical geniuses as well as creative and artistic geniuses.

Genius as an Adjective 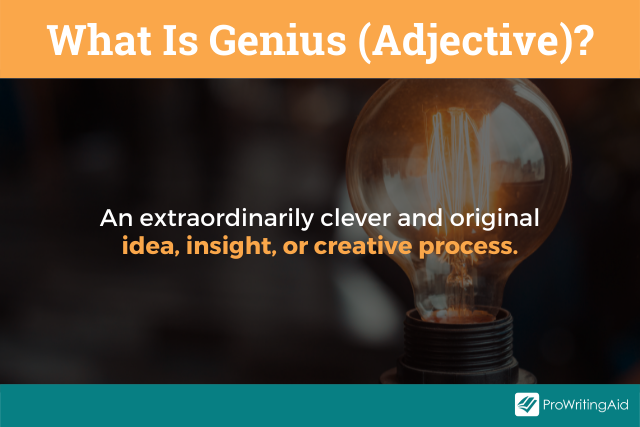 Genius is often used as an adjective to describe a creative or original work or idea. An extraordinary creative process might be referred to as being genius.

If someone reveals a particularly unique, smart, and original idea, you might say they had a genius idea.

Examples of Genius in Sentences

Here are some examples of sentences with the word genius.

Sometimes when people use genius as an adjective, they really mean ingenious. This word is spelled with an o, which is why so many people misspell genius as genious. 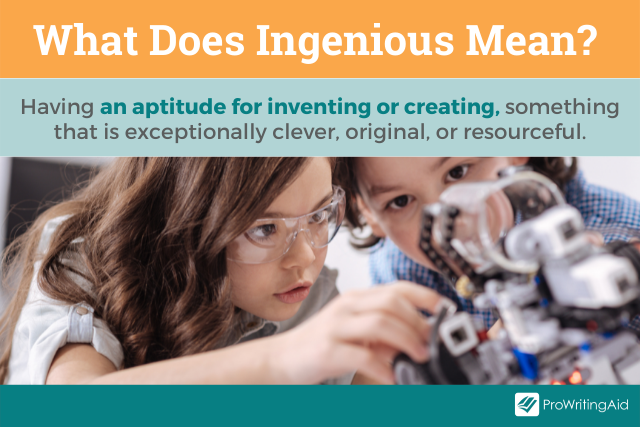 Ingenious is an adjective that means having an aptitude for inventing or creating. It also refers to something that is exceptionally original, clever, or resourceful. We often say that something clever is an ingenious idea!

Conclusion: Is it Genious or Genius? 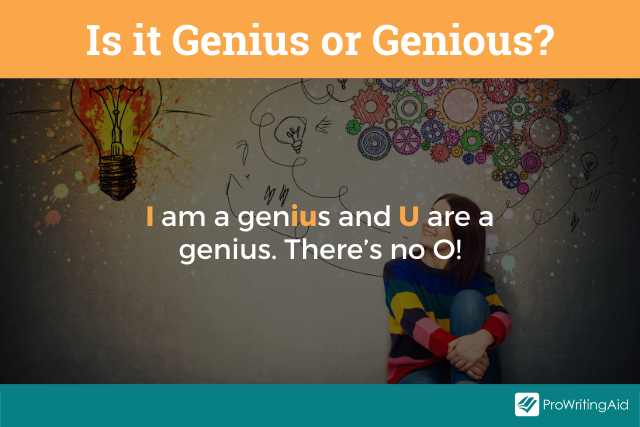 Remember, there's only one correct way to spell genius.

A mnemonic to help you remember is "I am a genius and u are a genius." There’s no o! Always use genius in your writing.