Favourite vs Favorite: Which Is the Correct Spelling? 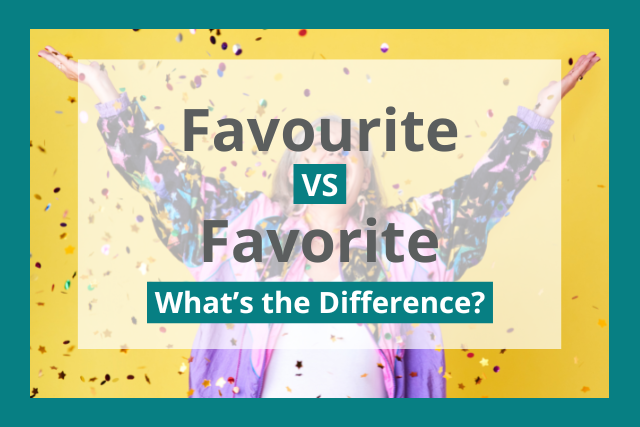 We all have a favourite meal, right? Or maybe you have a favorite TV show.

Wait, what’s the correct spelling—is it favorite or favourite?

That was a trick question, because the correct answer is both. Favorite and favourite are both correct spellings in the English language, it just depends on what type of English you write in.

In this article, we're going to take a deeper look at the two spellings, and explain how you can use them in sentences.

Favourite vs Favorite: Definition and Meaning

Favorite and favourite are used to show preference and indicate a thing, object, or person you like the best.

It can also mean the expected winner of a race. In the 21st century, it can refer to an endorsement on social media, or the bookmarking of a web page too.

The word favorite or favourite can be used as an adjective, verb, or noun. This means that depending on its function, it can have different meanings. We’ll cover these later on. 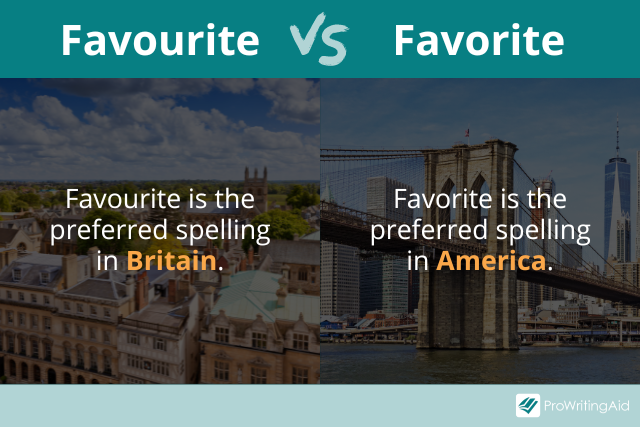 Favourite vs Favorite: What’s the Difference?

Favourite and favorite are both correct alternative spellings of the same word in the English language.

But why are there different spellings in the first place?

Famous British lexicographer Samuel Johnson heavily influenced British spelling standards. His 1755 dictionary had a clear preference for -our- spellings, which became standard in Britain and countries under British rule.

We can see how favorite or favourite is used in different national publications based on their country of publishing:

Favorite as an Adjective (with Examples)

When used as an adjective, favorite or favourite describes something that is preferred above all others. Synonyms include most-liked, treasured, and special. Here are some example sentences:

Favorite as a Noun (with Examples)

When used as a noun, favorite or favourite refers to a person or thing that is highly regarded. In sports, it also refers to a competitor that’s likely to win. Synonyms include preference, front-runner, and darling. Let’s see some examples:

With the rising popularity of social media, the plural noun favorites or favourites has also taken on a new meaning. It’s now a metric that people use to measure how popular a post is on a social media platform. Here’s an example:

Favorite as a Verb (with Examples)

As a verb, favorite or favourite refers to the act of endorsing a post on social media. It can also mean bookmarking a website, or section of a website, so you can access it in the future.

If you need help remembering which variant of the word to use, we’ve got you covered. All you need to do is remind yourself that the UK spelling of favourite has a U in it, while the American spelling does not.

If you're a journalist, student, or someone who writes on behalf of a company, you should refer to their style guide for their preferred spelling. 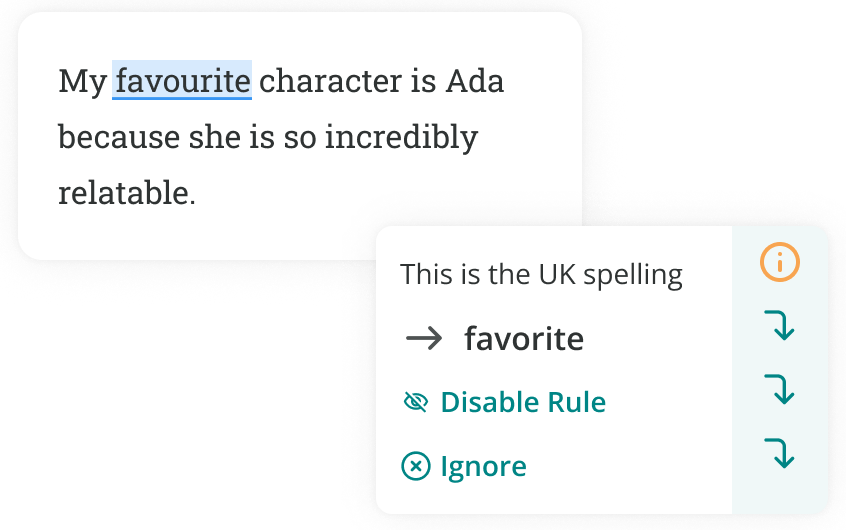 Whatever type of English you write in, ProWritingAid has your back. You can select your preferred language settings and any non-standard spellings will be flagged in your writing.