Capital. Capitol. Two words. Seven definitions. That’s a whole lot of meanings to choose a spelling for. So how do you keep them apart?

For starters, read this guide. It’s going to walk you through all seven definitions and give you examples and tips about how to remember which spelling matches which definition.

A Brief Explanation of Homophones

Before we get into the definitions, let’s first talk about the confusing existence of words like capital and capitol. They are pronounced exactly the same, yet for some reason they aren’t spelled the same. So what’s up with that?

Homophones are words that sound alike but have different spellings and meanings. 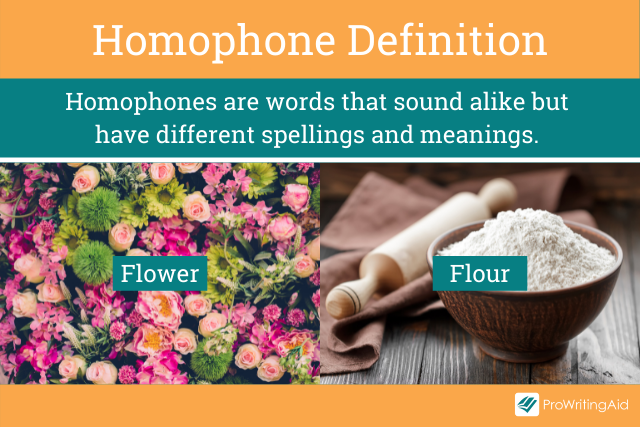 Along with capital and capitol, here are some more examples:

Basically, they are the words that people will tease you about misusing in a social media post. This isn’t a post that goes into the history of homophones or why they exist. However, knowing this is a good start to a discussion on the difference between capital and capitol. With that, let’s start defining!

Let’s start with the word capital because it is the most common. If you are ever in doubt, go with capital with an A because you have a 5/7 chance of being right. Of course, you want to be right 7/7 times, so let’s get more specific. 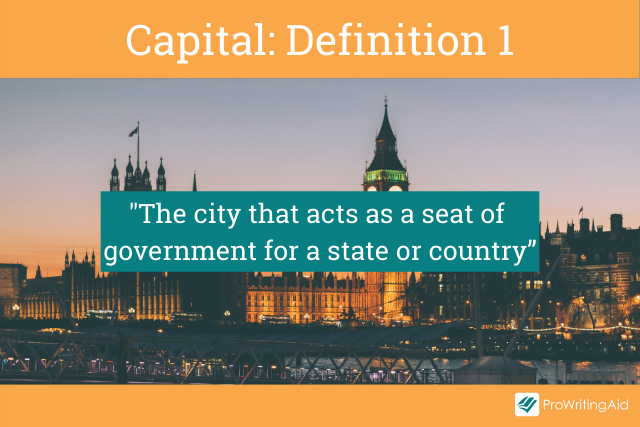 If you ever had to learn each nation's capital in elementary school, then you should be aware that countries and states have a capital city. That’s capital with an A.

Think of Atlanta or Amsterdam. Both of these are capitals.

I picked these two examples on purpose because I want to use them as a tip for how to remember this spelling: If you tend to forget this one, just associate it with a capital city that you know well that starts with an A.

I live in Atlanta, so that’s an easy one for me. However, there are plenty of other A capitals, too. Just create your own mnemonic device.

This is mine: Atlanta, sometimes called the Big A, is the capital of Georgia, which is spelled with an A.

Now let’s go over some examples: 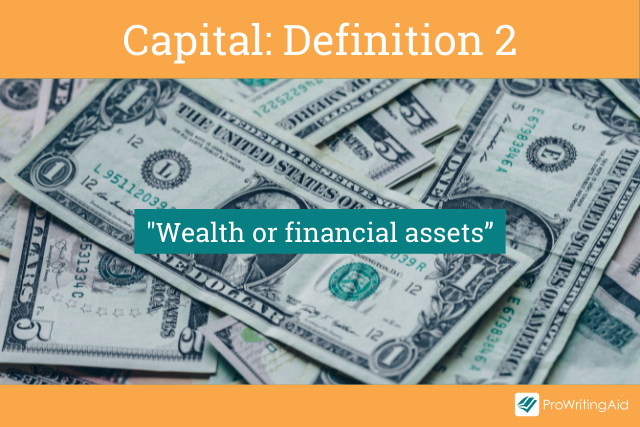 Capital can also refer to wealth or other financial property. How much capital a company or a nonprofit or even an individual has shows how financially stable they are. You might hear that a nonprofit is having a capital campaign to raise funds. You might also hear that a company has X amount of capital to spend.

I again like to remember this one by creating a very A-filled phrase.

It’s a little cheesy, but it works! 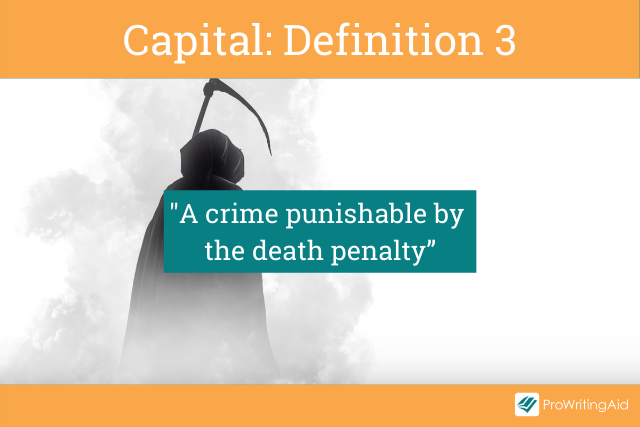 Of all the definitions in this list, this one is the most serious and final: capital crimes, aka crimes that could lead to the death penalty.

Whether you are pro-capital punishment or not isn’t the issue right now because both sides spell it the same way, with an A before the l.

I don’t have any good mnemonic devices for this one, but what helps me to remember is combining it with the next definition (on capital letters) because I know that this is serious.

Getting a capital punishment and being sentenced to death means that something bad happened, all caps BAD.

Let’s look at some examples:

Capital Definition 4: The ABCs of Uppercasing 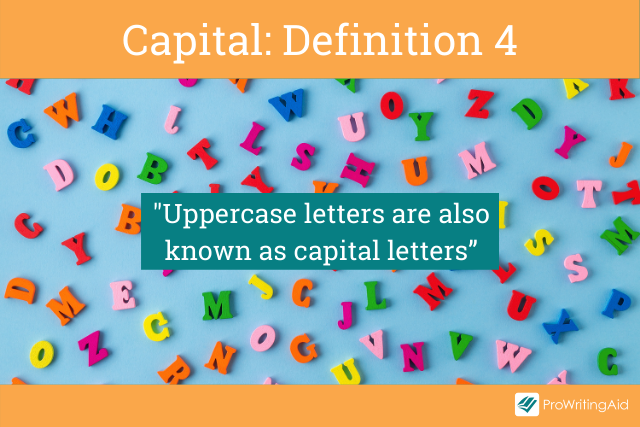 Remember this old joke: What’s the capital of Minnesota?

You tend to capitalize the first word of a sentence, most words in a title, and proper names (like names or places).

So here is an easy way to remember this one: You know to capitalize the first word of a sentence, and A is the first letter of the alphabet. So always use it to put a capital at the start.

I know this is likely an easy one for you, but let’s go through some examples just in case: 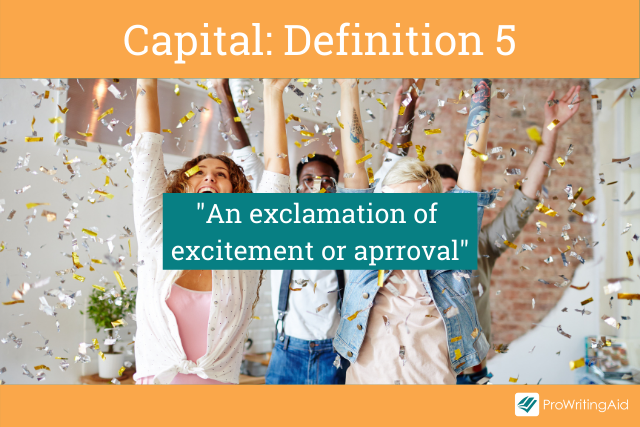 Of all the definitions of capital, this one is my favorite and also the most old-fashioned and least frequently used. I don’t know if it is actually a British word, but it has always felt very British to me at any rate. What is it?

It’s wonderful. I mean, it’s capital. To clarify, capital can be an exclamation of excitement or approval.

The best tip I can give you is once again to remember how the word capital is spelled when it comes to capital letters. That’s because capital as an exclamation is often (but not always) its own sentence, so it would then start with a capital C.

Did you get all of these? I hope so because it's time to mix it up by adding in some more definitions, this time with an alternate spelling.

While it is easy to just remember that most definitions of capital vs. capitol go with the A-version of the word, just using that spelling for everything can be embarrassing if you happen to be talking about our next two definitions. Let’s go over the final two definitions so that this never happens to you. 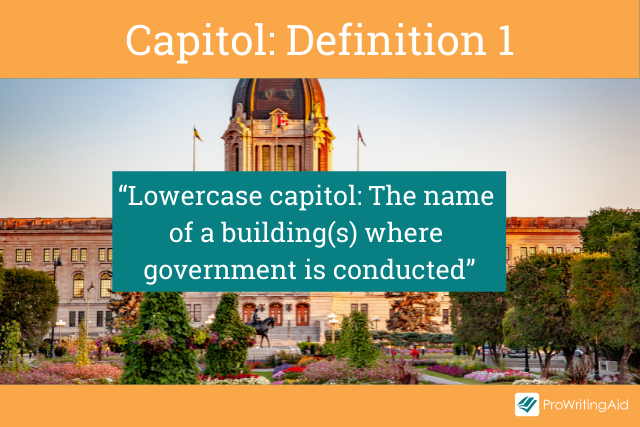 The first definition of capitol with an O are the buildings in which state government is conducted. So going back to Atlanta, I often drive by the state capitol building, which is known for its gold dome (a common feature of many capitol buildings).

This might be one that you just have to memorize, but here is something that may help you remember the spelling:

Capitol buildings can be very fancy, so they often have gold domes like the one I mentioned in Atlanta. So think of a gold dome capitol. 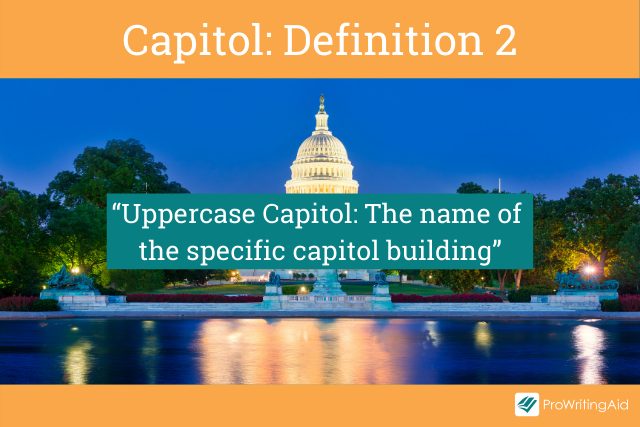 Technically, I am cheating here. There are two definitions within this one definition I am about to give you:

When Capitol is capitalized (confusing, I know) it is referring to a specific state capitol building. For example, “the West Virginia State Capitol.”

However, if it is capitalized and it isn’t clear which building it is referring to, then it means the building in the United States where congress meets to legislate.

So if someone tells you they are going to the Capitol, you know they mean the building in Washington D.C.

It is often used as part of a noun phrase in which other things related to the Capitol are being discussed. For example, consider the following:

Here is a way to remember this spelling: The president has the Oval Office. Congress has the Capitol building.

Is Washington D.C. the Capital or Capitol?

We’ve now covered all of the many definitions of these two homonyms. However, there is still something really confusing that we should cover: Washington D.C.

Washington D.C. is the capital city of the United States. Just like all capital cities, then, it uses the A version of the word. However, D.C. is also where the Capitol building is, which means you could go to the capital to see the Capitol.

Technically, this is true of all (or at least most) state capitol buildings since generally state government work is done in the capital city.

So it can be confusing.

That’s okay. Just remember all of the tips that I gave above.

If you can remember that capitol always refers to a building of some sort, then the rest becomes easy. D.C. is a city, not a building, so it cannot be a capitol, it must be a capital.

On the other hand, the State Capitol building is a, well, building, so it must have an O.

That’s really all it comes down to at the end of the day: O for Gold Dome Buildings, and A for All Additional Definitions.

A Simple Trick to Know the Difference

There is a lot to remember, of course, with seven definitions. That is where ProWritingAid comes into the equation. Along with pointing out places where you might have used the incorrect homophone, you can also double check with the homophone report to see how you are doing.

Here is an article that will walk you through how to use the homophone report feature. 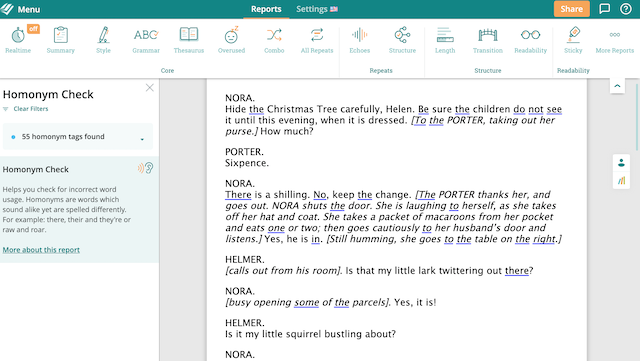 Thanks for reading; it’s been capital to help you out today.

Ashley Shaw is a former editor and marketer/current PhD student and teacher. When she isn't studying con artists for her dissertation, she's thinking of new ways to help college students better understand and love the writing process. You can follow her on Twitter, or, if you prefer animal accounts, follow her rabbits, Audrey Hopbun and Fredra StaHare, on Instagram.