Can You Start a Sentence With Because? 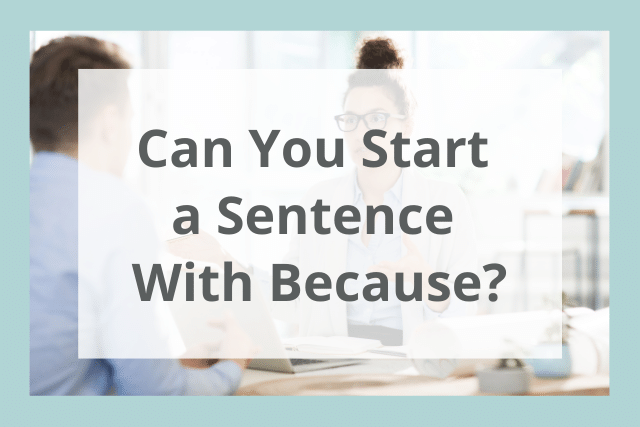 There is a lot of controversy around whether you can start a sentence with because.

In this article, we’ll look at both instances and a few example sentences.

When Can You Start a Sentence With Because?

It’s okay to start a sentence with because as long as it’s a complete sentence that expresses a full thought.

Just a quick refresher, an independent clause can stand on its own as a sentence, while a subordinate clause cannot.

When we start a sentence with because the subordinate clause comes first, which helps to indicate that emphasis is being placed on the main clause that comes at the end.

Here are some sentences that start with because: 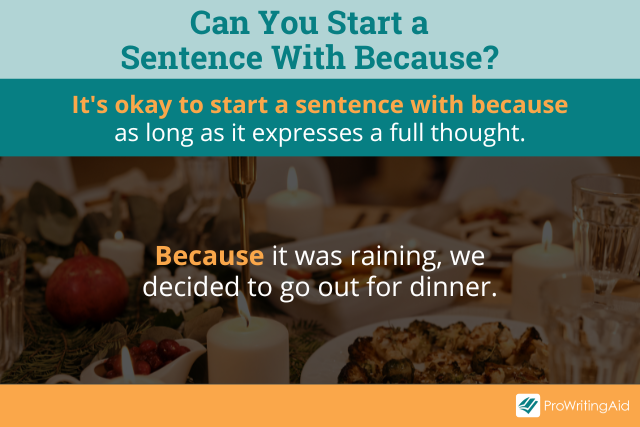 Can You Start a Paragraph With Because?

Starting a paragraph with because is okay as long as you are writing complete sentences. To achieve this, join the subordinate clause starting with because and the main clause with a comma.

Don’t forget that if you’re ever unsure, you can use ProWritingAid. The tool will highlight any missing commas in your writing, so your clauses will always be linked correctly. 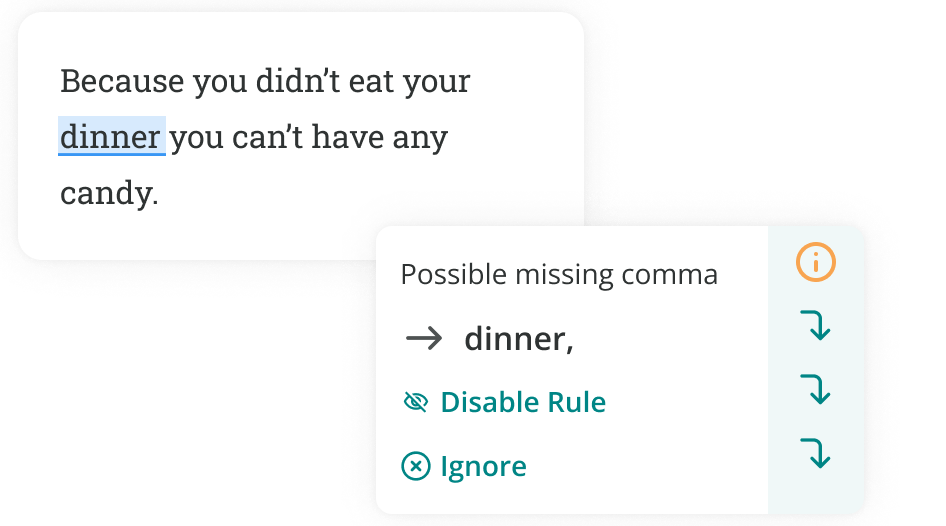 How to Start a Sentence With Because

The issue you’ll likely encounter with starting a sentence with because is that it will create a sentence fragment.

In this case, the sentence is incomplete and does not have all the components of a complete sentence—a subject and a verb.

To start a sentence with because you will have to do some rewording to make it grammatically correct.

You simply flip the order of your clauses and put a comma between them. Just like that, your sentence will start with because and will still be correct.

Let’s look at it in practice.

In the example above, you can distinctly make out the two clauses. “My internet went down” is the main clause and could stand as a complete sentence on its own. “because of the severe storm,” however, is a subordinate clause. It cannot stand on its own because it won’t make any sense.

If we were to separate the sentences with a period it would look like this:

The second sentence highlights the main issue with starting a sentence with because—it will become a sentence fragment.

Here’s a formula that you can use to start a sentence with because: 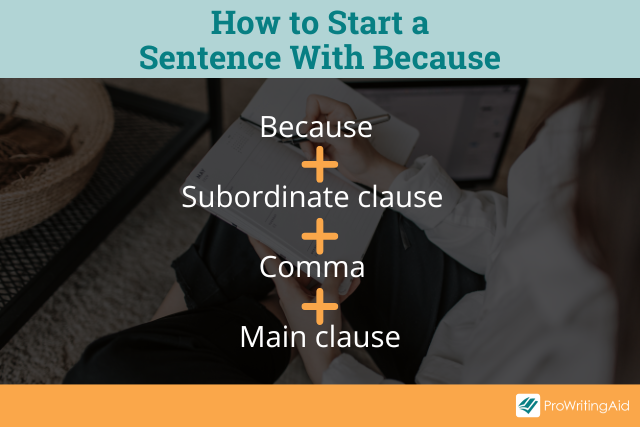 Tips for Starting a Sentence With Because

English language rules have adapted to common usage, which is why the historical rule of not using because as a sentence starter has changed. Things that were previously considered incorrect grammar are now widely acceptable.

It is very common in conversational English to start a fragmented sentence with because. In this sense, an incomplete sentence is acceptable in informal writing and when writing dialogue.

Conclusion on Starting a Sentence With Because

To recap, here are the rules for starting a sentences with because: