“As Well As” in a Sentence: How to Use It (with Examples) 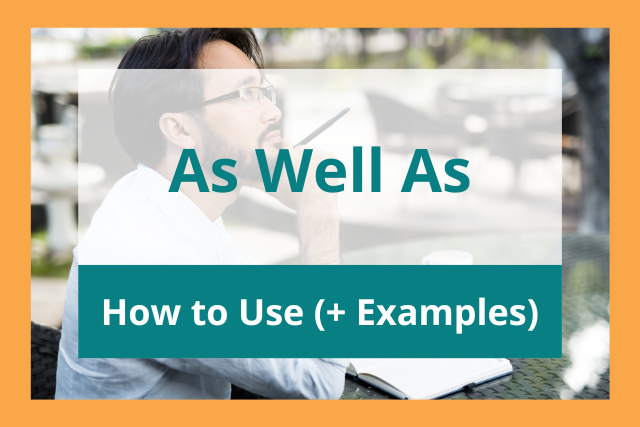 As well as is one of those phrases that gets thrown around a lot. However, not many people use it correctly.

Many people use as well as interchangeably with and; however, this is incorrect. As well as is a conjunction that means “in addition to.”

In this article, we’ll look at the definition of as well as, explain when to use it, and give examples of it in sentences.

As Well As Definition

When used as a conjunction, as well as is used to connect words, clauses, and phrases within a sentence.

When used as a multi-word preposition, as well as means “in addition to.”

When used to make comparison, as well as means “with the same proficiency” or “at the same level.” 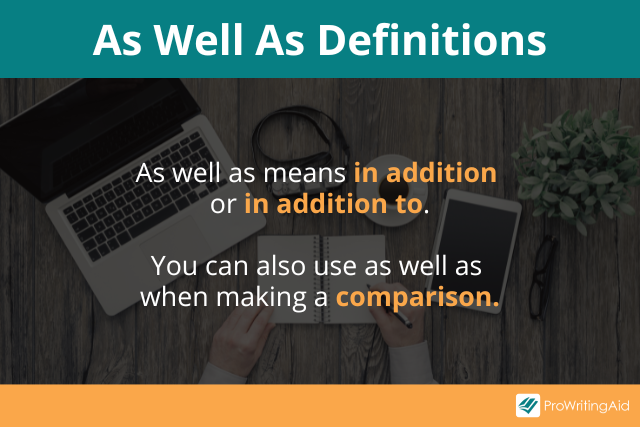 When to Use As Well As

As well as is often used as a synonym for “and,” however, both terms have different meanings. The conjunction "And" suggests that the words, clauses, or phrases it combines are equally important.

Using "and" in a list indicates that everything in the list is equally important. As well as, on the other hand, indicates that more emphasis should be placed on the words that come before it.

Let’s look at the following sentences to better understand.

The “and” in the first sentence shows that the three people are equal in their desire take part in athletics.

In the second sentence, as well as shows an emphasis on Phillip instead of Anne. This emphasis is created because “as well as Anne” is an aside, separated from the rest of the sentence by commas.

Using the Correct Tense with As Well As

Always remember that subjects linked by “and” always take a plural verb. On the other hand, when two two subjects are joined by as well as, the verb is singular.

Examples of As Well As in Sentences

Conclusion on As Well As

Now you understand how to properly use as well as in your writing. It’s quite common for people to overuse conjunctions like as well as or and in their sentences. Always run your writing through ProWritingAid to check for any unintended repeats.