Literary Agent Mark Gottlieb on the Etiquette of the Editorial Process 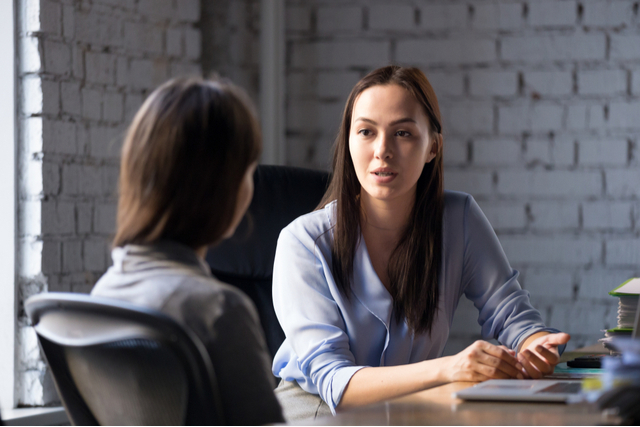 As a literary agent working within major trade book publishing, I have seen many facets of the industry and one of the most crucial is the editorial process. It can be fraught with difficulties, but it does not have to be painful. Like any good relationship, the editorial process should be one of sharing ideas and advice. If we feel we are giving as much as we are getting back, then the experience should be positive. If, on the other hand, we feel like we are giving a lot and not getting much in return, it can be frustrating.

The same goes for straightforward editorial advice. Whether it is coming from a literary agent or an editor, it is important for a writer to receive editorial guidance with an open mind. At the same time, it is important for an agency or publisher to listen carefully to authors when they disagree with their suggestions and find a way forward together. This editorial stage works best when both parties view it as a collaboration rather than one-way traffic. It helps us all grow through what can otherwise be a laborious part of the creative process.

Here is some advice for making the editorial process work:

Read the query or cover letter

Ever notice that little paragraph next to the painting at the museum? A lot of people argue over whether to read that paragraph before or after the viewing of a work of art, since it can often inform, or misinform, our own interpretations.

In the case of author submissions, it is important for literary agents to read the one-page introductory query letter, but not to let that letter inform our assessment of the manuscript. While that query letter can be our first impression of the author’s writing abilities, it is merely meant to frame our thinking of what the manuscript will be about and to entice us to read more. This is much in the same way that a back cover blurb intends to get readers to open the pages of a book.

Take your time with the manuscript

Good reading, like a good film or music album, deserves time. Some literary agents and editors will read a manuscript two or three times before composing an editorial letter to be sent onward to the writer. The reason for this is that the editorial process can often interfere with the reading process. Slowing down or stopping to compose editorial notes while reading distracts from the story. It can help to first do a dry reading of the manuscript in order to fully take the story in as a reader.

It's a good idea to jot down editorial notes while reading. This could be in the margins and between the lines of a double-spaced typed manuscript, or with the use of a notepad kept nearby. Personally, I like to dictate my editorial notes in a voice-to-text function on my cell phone’s digital notepad.

It is important to focus on larger or substantive editorial issues while taking notes. It is also okay to perform some important line edits, but you should avoid getting caught up in the minutiae of processes such as copy-editing and proofreading. Those are different editorial tasks that are handled much later in the book publishing process. Performing very small edits on minor errors such as spelling and grammar can significantly slow down the editorial and reading process.

There are two very important things in composing an editorial letter to a writer. It is very difficult for many people to take criticism well, even when it is meant as constructive criticism for the purpose of growth. So the first thing is softening the blow a bit. That can often mean opening with a bit of praise for the writer and their manuscript. Delivering specific editorial guidance delicately can also help. Some literary agents and editors may even choose to write in the passive voice.

Introduce your edits and await a response

I find that editorial notes are received better when they are introduced in-person or in a phone call. Too much of the personal touch is lost via email and text. An editorial letter can be delivered much more smoothly in this way. If anything urgent needs to be discussed before the editorial letter is delivered, it can be handled at this stage. Then the editorial letter can be adjusted as needed. With everything mentioned above, if there is to be further editorial correspondence via letters, calls, meetings or emails, then it’s simply a matter of rinse and repeat.

Listen to and hear the editorial guidance

Just as important as kindly delivering editorial guidance, is receiving it with the same exact kindness. It is very difficult to sit through an editorial critique and to simply listen, rather than speaking out in defense of one’s creative work. We all want to explain our reasoning, but at the end of the day, art should really speak for itself.

I can recall a student from a creative writing workshop who could never keep himself from responding while the other students delivered their writing critiques. One day I said to the student after class, “I think you might have some difficulties in receiving editorial guidance…” His answer to me: “No, I don’t!” Case in point: it is very difficult to accomplish.

I have found that when it comes to advice, it is usually best to let it sink in over time. Some of the editorial advice will be difficult to accept. Of course, a writer will know best since they are closest to their work at the end of the day, but certainly if they have gotten the same piece of editorial guidance before, it is worth thinking about.

Do not set to the task of immediately editing the manuscript after receiving editorial guidance. Instead, allow for some time to pass by, at least a day or two. I have even heard of instances where some writers have waited many months! Give yourself the opportunity to let the manuscript marinate and clear your mind in anticipation of the editorial process of rewriting.

Go back through the manuscript with edits in mind

When you’re ready to read through the manuscript again with editorial guidance in mind, have the editorial notes handy. And I do not mean mentally: print out the editorial letter, or at least write the most important notes on a sticky note and paste it next to your computer monitor. This will help to keep the guidance front of mind. Remember to focus on the editorial tasks at hand, rather than getting caught up in the minor details of copy-editing and proofreading. Those can be tasks for a later pass through the manuscript. Do not feel obligated to take every piece of editorial guidance on board, but consider each one carefully.

Compose an editorial letter in response

Whether it be in another phone call, meeting or email exchange, it is good practice to introduce the editorial response letter to the agent or editor. Much in the same way a call before the initial editorial letter should have taken place, this is an opportunity to soften any blows in response. It is also a way to take a moment to step outside of the editorial letter and offer some thanks. This can be as simple as a paragraph or two, rather than merely sending the response letter along.

Hopefully this article proves helpful to anyone looking to compose an editorial letter or meditate upon editorial suggestions they receive. If we can learn patience and choose to be kind to one another in this creative process, it can make for an easier time for all. This helps not only the agent or editor grow, but also the author. Now get out there and write that editorial letter or edit that manuscript!