How to Manipulate Time in Your Story 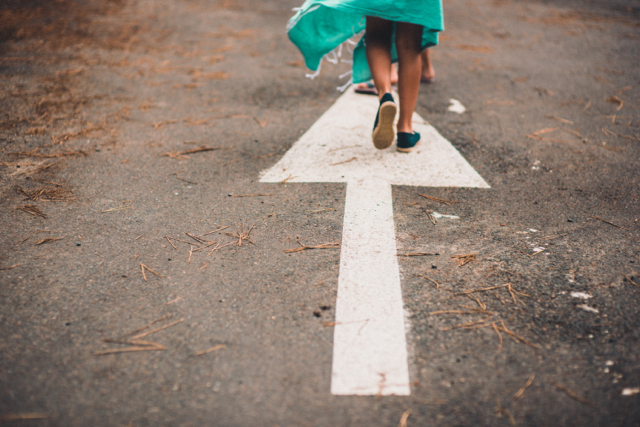 What is a "flash forward"?

A flash forward is a literary device more often used in film than books. It’s when the narrative jumps forward in time from the story’s current timeline. The flash forward can show what might happen in the future if things don’t change or what actually happens in the future to reveal important information that the characters don’t know yet.

As opposed to a flashback that takes readers back in time to reveal backstory or past events that caused the current situation, a flash forward is a prolepsis, which means "to anticipate" in Greek. It teases your readers with a vision of what’s coming.

How is a flash forward different from foreshadowing?

They’re similar because they both hint at things to come, but foreshadowing doesn’t take the reader out of the current time. It’s just a hint dropped in the regular narrative that makes the reader think.

Flash forward, on the other hand, interrupts the narrative to jump ahead in time with a complete scene. It uses scenery, dialogue, action, etc. to show an actual occurrence.

Examples of flash forward in literature

You see flash forward used more in postmodern novels, but there are a few instances in earlier works. Here are several examples of stories effectively using flash forward.

A Christmas Carol by Charles Dickens

Probably the most famous example of a flash forward is when Ebenezer Scrooge is visited by the Ghost of Christmas Yet to Come and sees his own grave. This is such a compelling scene in the book that it finally tips Scrooge over the edge and convinces him to change his ways.

One Hundred Years of Solitude by Gabriel Garcia Marquez

This novel uses supernatural and magical realism elements such as the elasticity of time to open up the narrative. For example, some characters offer prophecies and predict the future. Marquez uses flash forward to show a striking image of what will come to pass, outside the chronological time the story begins.

Billy Pilgrim, the protagonist, is unmoored from time, and he never knows which part of his life he’ll visit next. As a result, he visits scenes from both earlier and later in his life. Vonnegut’s use of flash forward differs because the reader actually ends up with no sense of present time.

The Dead Zone by Stephen King

John Smith, the main character, can see other people’s future just by touching them. He can see both what will definitely happen but also what might happen if no one stops it. When he shakes the hand of a presidential candidate, he sees horrible things happening in the country’s future. King uses vivid imagery to set the flash forward scene.

How to use flash forward in your stories

Writers of certain genres use flash forwards at the beginning of their stories because they’re an immediate hook. Readers want to know how the main character got into that crazy, dangerous, or scary situation. And they want to know how it will end.

Handled poorly, however, flash forward will give away important plot points. And some inexperienced writers use it to mask an otherwise boring beginning. Here’s how you can avoid those faux pas and create a flash forward that makes your story stand out.

Your readers love figuring things out, so don’t rob their job by giving them more than a glimpse of the future. Hook them so they want to know how the story gets to that point.

Just because you’re showing a glimpse of the future doesn’t mean that’s what will happen. What if you throw in a surprise twist so that the plot point readers think will happen turns out to be completely different?

Make your audience care about the protagonist in the very next scene.

Since your audience doesn’t really know the protagonist yet in the flash forward, make sure the next scene builds an emotional connection with the reader. Make them care about what happens to this character so the flash forward becomes even more suspenseful.

Use the flash forward to set the tone and theme.

Say you have a spy novel that starts with a young woman in college and chronologically sets up the story of how she became a spy. This may be fine, but what if you started with a flash forward of the young woman being interrogated by the Russians? Your readers will wonder what’s happening, but more importantly, it sets the tone for action from the very beginning.

A lot of films use flash forwards to perfection. Watch the Sherlock Holmes movies with Robert Downey Jr. as Holmes. Holmes runs best and worst-case scenarios through his mind as he follows puzzles and clues. When Holmes acts, everything falls into place.

Not everyone is a fan of flash forward openings. But handled deftly, they set the tone and offer a layer of mystery or suspense over the rest of the story. In skilled hands, flash forwards build up layers of meaning and are excellent at showing the future effects of what your characters do today.

ken.conrad
What are the mechanics of Flash Forward? For example, with flashback you use pluferfect tense to get in and out of the scene. How do you keep from confusing the reader when you are showing them something that hasn't happened and won't necessarily happen ever?