Writing advice is everywhere. But when we saw Steven Pinker's thoughts on the matter, we had to share them with readers like you. In this article, we'll give you the lowdown on Mr. Pinker, his writing tips, and how they can improve your work.

Who is Steven Pinker?

Steven Pinker is a Professor of Psychology at Harvard University. That would be impressive enough on its own, but he takes things to another level. Pinker is also the author of 10 books, including Enlightenment Now: The Case for Reason, Science, Humanism, and Progress, The Sense of Style: The Thinking Person's Guide to Writing in the 21st Century, and The Better Angels of our Nature. (As you can see, he's a fan of long titles.) Pinker's work typically focuses on cognition, brain function, and language. So who better to offer great writing tips?

On January 13 of this year, Steven Pinker published a thread of 13 tweets that summed up some of his best tips on good writing. Since each is so important, we'd like to go tip-by-tip and break them all down. We'll analyze each tip individually, but if you'd like to see the entire thread, click here.

1. Reverse-engineer what you read. If it feels like good writing, what makes it good? If it’s awful, why?

A huge portion of writing is structure. So, if you reverse-engineer the structure of your last great read, you begin to see the individual components that make it tick. This gives you the knowledge and insight to do the same yourself.

Some can writers do this naturally. Others must do it consciously. Either way, it's a great way to think about writing.

2. Prose is a window onto the world. Let your readers see what you are seeing by using visual, concrete language.

It's not enough to write, "She was tall and imposing." Readers know what those words mean, yet they aren't concrete enough to stand out in the mind.

Instead, write something like, "Laura's head brushed against the ceiling as she entered the room. Her presence was enough to make the space (and everything in it) feel miniature by comparison."

Concepts about concepts tend to turn esoteric. If you find yourself overusing these words, you might want to step back and reconsider your topic.

This is called nominalization, where a verb is hidden by being turned into a weaker noun construction. ProWritingAid can help with that. The editing tool will find hidden verbs in your text so you can reveal them in all their glory.

5. Beware of the Curse of Knowledge: when you know something, it’s hard to imagine what it’s like not to know it. Minimize acronyms & technical terms. Use “for example” liberally. Show a draft around, & prepare to learn that what’s obvious to you may not be obvious to anyone else

This one resonated with readers, as evidenced by 686 likes (the second best total among all 13 tips). I can see why. Writing, especially non-fiction writing, breaks down when the reader doesn't understand the topic.

For example, consider online writing. If I used the acronym "SEO" in this article's first paragraph and never defined it, readers might perform a web search to find out what it means. Once they leave the article, they might never come back. That means you've lost a reader simply because you didn't heed Pinker's warning about the Curse of Knowledge. (SEO stands for search engine optimization.)

6. Omit needless words (Will Strunk was right about this).

This tip speaks for itself!

Here's a good rule of thumb: if you've heard it before, change it. We've all heard that metaphor before. Instead, create something new.

Since Pinker intentionally uses a clichéd phrase here, let's think of some ways to rework it:

Stepping away from cliché opens up fun and descriptive opportunities.

This advice applies best to persuasive writing because you want your reader to agree with your points. So, present them with old information they already know and agree with, then follow with new information you want them to agree with. For example:

Ice cream and donuts are delicious, so together they form an outstanding dessert.

9. Save the heaviest for last: a complex phrase should go at the end of the sentence.

Remember, Pinker works in psychology. Therefore, he understands how the human brain works better than most. In this example, he's demonstrating how humans prioritize recency.

Recency bias is a cognitive phenomenon that states people often best remember things which have happened recently. Say you play ten games of Monopoly. You win the first five, then lose the last five. If you say to yourself, "I always lose at this game!", that's recency bias talking. You don't always lose—it just feels like you do because that's what happened most recently.

The power of recency carries into writing, too. If you have a heavy or complex phrase, put it at the end of a sentence for optimal impact. Since it's the most recent thing your reader read, they'll remember it better.

10. Prose must cohere: readers must know how each sentence is related to the preceding one. If it’s not obvious, use “that is, for example, in general, on the other hand, nevertheless, as a result, because, nonetheless,” or “despite.”

This tips demonstrates the power of transition words. For example, consider these two sentences:

I don't like vegetables. It's important to eat them on a daily basis.

Huh? These sentences don't cohere at all. What do my dietary preferences have to do with healthy eating habits? I suppose one could infer, but the meaning is certainly unclear. Let's add clarity with a transition word:

I don't like vegetables. Nevertheless, it's important to eat them on a daily basis.

Now these sentences cohere. I don't like the taste of vegetables, but I realize they're necessary for a healthy diet.

If you need help with transition words, check out ProWritingAid's Transition Report.

11. Revise several times with the single goal of improving the prose.

The key takeaway: "Revise several times." It's not enough to skim it once and say it's ready. Great writing is about constant editing and meticulous scrutiny. Continually revise until your writing is crisp, clean, and concise.

Good writing is, for the most part, easy to read. So when you read your work aloud, note the places you need to read twice. They might be in need of revision.

13. Find the best word, which is not always the fanciest word. Consult a dictionary with usage notes, and a thesaurus.

A brief digression: In high school, vocabulary points on writing assignments used to really tick me off. The grading rubric stated that essays which displayed a good use of vocabulary would earn more points. As a result, students would choose fancy words rather than the best ones.

Thank you, Steven Pinker, for advising against this. The fanciest word is not always the best word. For example:

"Articulate" is certainly a fancy word. However, it draws attention to itself and adds unnecessary complexity to what should be a simple dialogue tag. Instead, try this:

How Can I Use These Tips to Improve My Writing?

Give each of Steven Pinker's tips a try in your everyday writing. If they work, fantastic. If not, then at least you know what not to do. However, we're pretty sure most, if not all, of these tips will help.

Which of these tips have you tried? Which are you dying to give a go? What did Pinker miss? Let us know in the comments below. And happy writing!

70bde4e4d9cfe03820f5f8890a7420af@1164770prowritingaid.com
I don't quite understand some of the reasoning here. Writing courses/workshops, editing books (Stephen King - On Writing), Roy Peter Clark - How To Write Short etc. all advise to do away with superfluous words to make your writing more powerful. Tip No. 2: I find " She was tall and imposing" more powerful than "Laura's head brushed against the ceiling as she entered the room. Her presence was enough to make the space (and everything in it) feel miniature by comparison." " Tall and imposing" says it all for me, the added words are unnecessary. I think Tip 11 is the most important one. 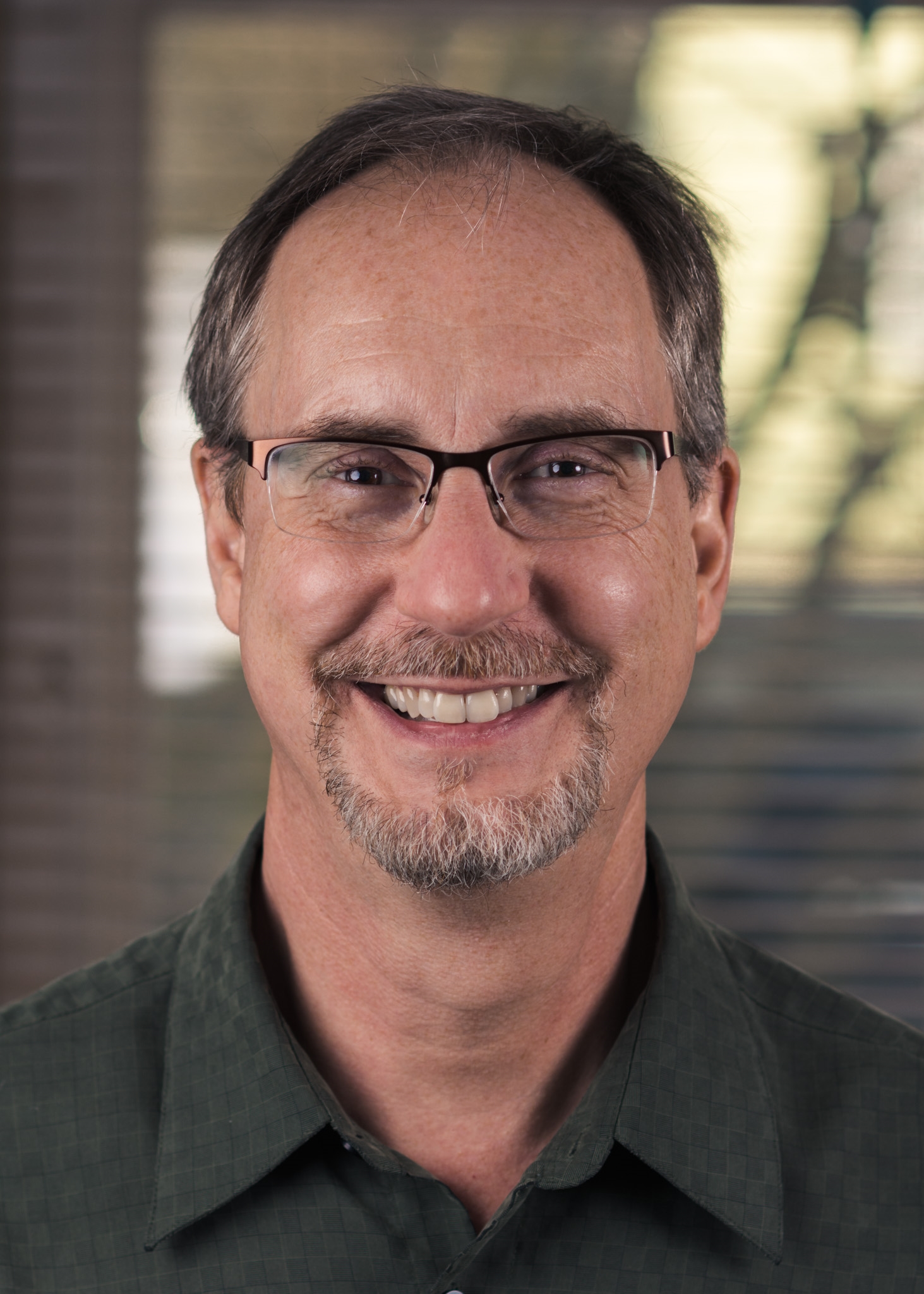 gregkoren1
I read The Sense of Style and my main take-away was the Curse of Knowledge. Such a valuable tip!

nkjohel
I also disagree with Tip #2, as well as a few that I find confusing. In my experience in writing and working with a writer's group, I find that tips are good information and are helpful. However, we don't have to agree with ALL of them. Think about the context of these tips to your work and genre. Yes, there are rules, but when it comes to your individual work, use your common sense and intuition about what your story needs, and sometimes breaking a few rules could actually add to your work. But, you have to do it right, and fresh eyes and opinions can help to see if your experiment worked. 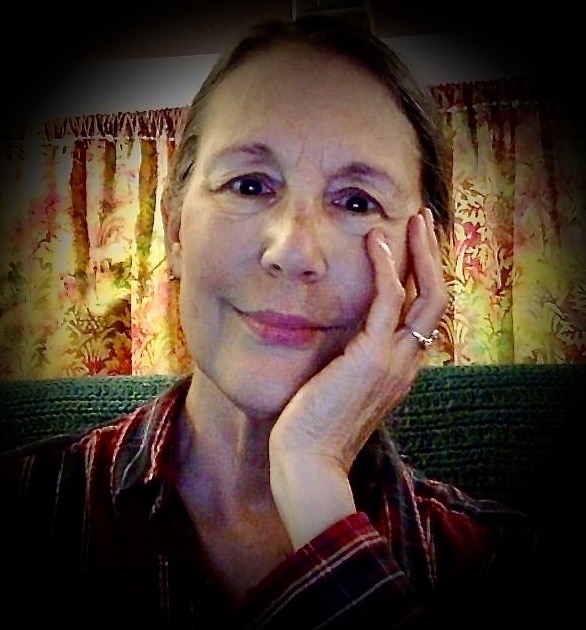 shimrithanes
I read my writing aloud all the time. I like to listen to audio-books while doing mindless tasks, and quite often find myself improving the writers phrasing in my head. I took this propensity to my own fiction writing (I'm re-writing and editing my first novel now) and have found it extremely helpful! I also agree with @jetoboy on superfluous words on the "Tall and imposing" sentence in tip 2. However, I think the tip is a good one but the example is poor.

sekoboto1905
I couldn't agree more, some writing tips do not work for everybody.

millie.dinsdale
Thank you for reading!