Why You Should Write and Produce Audiobooks Professionally 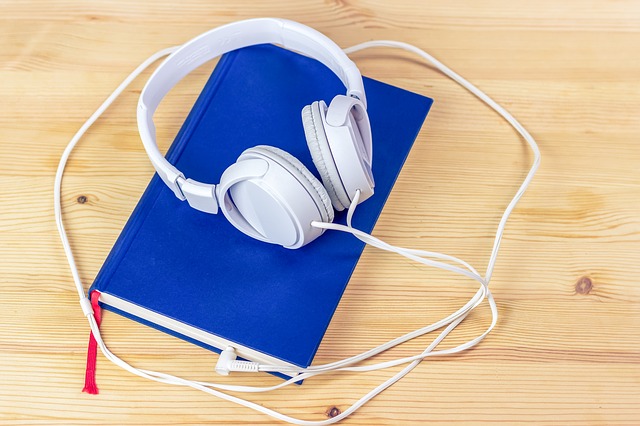 Audiobooks are growing rapidly as more and more people switch to listening to them instead of reading eBooks on their latest devices.

The flexible format of audiobooks allows for a new level of convenience that wasn't available in previous decades. Gone is the era when enjoying a 6-hour audiobook meant swapping cassette tapes: the file can be conveniently downloaded in minutes from Audible or your local public library. Storage space is also no longer an issue.

For writers, this all amounts to another excellent source of passive income, even if you don't have a radio voice. In this article, we'll discuss the things you need to know before creating your first audiobook, including writing an audiobook script and producing the finished track.

Adapting a Book to an Audiobook

Whether you've published a print book or an eBook, publishing an audiobook is different. You might think of it as merely a book that's read out loud, but it's not a simple as that. It requires some sort of "adaptation."

First, make sure your source book is in its best form possible. The print book or eBook should have been professionally edited and proofread before you even start considering the audiobook "adaptation," as this will provide a strong framework.

Why do you need to adapt the book?

First, because what's awesome to read might not be that great to listen to. The narration should sound enticing, not condescending; flowing, not clunky.

Second, remember that one page of a print book equals one minute of an audiobook. If it's a book of groundbreaking importance for the scientific world and humanity, like Stephen Hawking's works, readers might not object to listening to a six-hour audiobook. Since you're most likely not an author of such caliber, be realistic and stick to one or two hours' worth of audio.

Third, references in a print or electronic book must be removed and adapted to a brief, readable sentence within the body of the script. It would be impossible for audiobook listeners to click a link or imagine a chart or a graph, for instance. You need to make the information available immediately without any additional action required by the listeners.

Any visual images shouldn't be described "as is," but should be adapted to help in creating a pleasant auditory experience. If the visuals and images are required to be able to understand the concepts in the book completely, they can be included in a PDF companion document. The URL address can be mentioned in the audiobook for convenience.

Data and statistics should be readable in smooth sentences, and any bulleted lists should be re-written to ensure the content doesn't sound truncated. In short, adapting a book into an audiobook requires empathy and understanding from the listeners' viewpoint.

Steps to Writing the Script

How long it takes to write the script for your audiobook depends on various factors, including the length of the source book and its "readiness" to be adapted. Allow a few weeks to prepare the script prior to the recording and another week or two for post-recording editing.

In general, you'll need to do these steps when adapting and writing the audiobook script:

Identify whether the source book is readily adaptable. This refers to whether it comes with parts that aren't auditory friendly.

As discussed above, images, illustrations, call-to-actions, and reference links should be removed or re-worded. Footnotes and in-text citations should be re-written in a seamless way with the narration.

Identify whether the source book is of a good length for an audiobook. If it's too long, you'll need to shorten it to fit in one or two hours.

By "shortening," this may mean summarizing or simply removing certain parts, such as anecdotes and repetitions. An audiobook should be concise and understandable in pointers that can be grasped simply through listening.

Make sure that the script has a good flow. While a print book or an eBook might already have good flow, audiobooks need to to be "sound-genic."

Do you remember the best-selling book The Law of Attraction by Rhonda Byrne? The video and the audiobook are much better than the print version, because the concepts can be visualized photogenically.

Prepare the script to include voice marks. A single dash is used as a comma, a double dash is for a more substantial pause. More can be learned here.

Convert the audio file into the accepted format. Audible, for instance, use AAX format. Others might be in MP3 or MP4. Make sure that your file follows the publisher's required format.

If you have the budget, it's preferable to record the audiobook in a professional studio. If you hire a voice actor to narrate it, the studio cost will be included.

In fact, hiring a professional voice actor who's experienced in narrating audiobooks could be your best option. Just make sure to review audio samples and proposals from several voice actors to make sure that you'll be selecting a good and cost-effective one.

Prepare a brief summary in one or two paragraphs and ask those voice actors to record it. This way, you can use it to gauge whether their voice is what you're looking for. Later, this brief audio file can also be used as the sample that's posted on the audiobook's landing page. You can find professional narrators on Voices.com or other freelance marketplaces.

After the recording, you might need to do post-recording editing. For this, if you have the skills, you can do it yourself. Or, you can hire a professional audio editor.

Another option is hiring a professional producer, like what Joanna Penn did. She hired Andy Marlow who was both a professional voice-over actor and producer. Hiring a producer means you can entrust the whole project to him or her and focus on your writing instead.

Branching into audiobooks should come naturally to published authors and freelance writers. The Internet and the current gadgets provide an awesome opportunity to sell narrated audiobooks read by professional voice actors. As the world is getting more digitalized and people have limited time to read print books and eBooks, audiobooks are becoming a must-have.

jayanmarie1
I am looking forward to the journey.

amy.cohen
:)
Wow, this is very interesting to know the behind work of audiobooks. I am a subscriber of Pustaka, the largest digital books copyrighted lending platform's audiobooks, and have always been amazed by the narrators and their voice modulations. Now getting to know the behind scenes and the effort they put into this art is really commendable. Thanks for this article!