Blog The Writing Process Retconning: Why J.K. Rowling Is Making Me Furious

Retconning: Why J.K. Rowling Is Making Me Furious 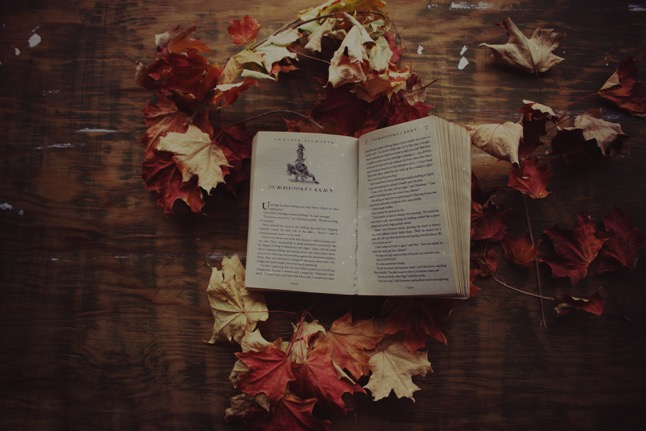 It’s a tale as old as time:

If you’re a fan of Sherlock Holmes or Harry Potter, you know what I’m talking about, even if you haven’t heard the term before.

A retcon (short for “retroactive continuity”) is when the form or content of a previously established narrative is changed.

In this article, I’ll talk about what retconning is… and why it makes me want to tear my hair out.

What Is “Retconning” Anyway?

A retcon is when an author or creator changes something about his or her work after the fact.

Here’s how Arthur Conan Doyle did it in the Sherlock Holmes series:

In “The Final Problem,” Holmes fights Moriarty at Reichenbach Falls. Both men tumble to their deaths. Later, Conan Doyle reveals that Holmes didn’t actually die – the whole thing was a setup! 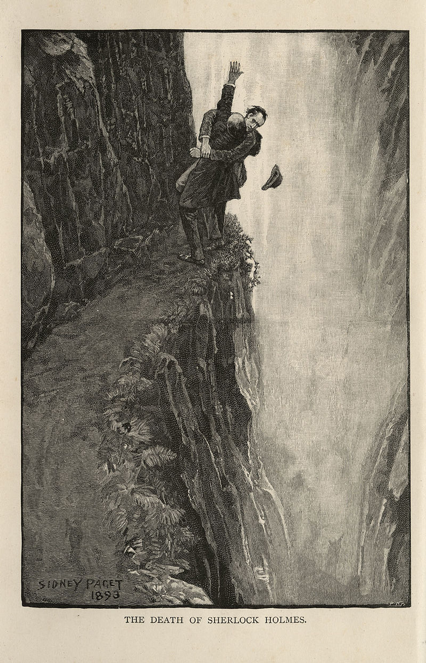 This after-the-fact change is a perfect example of a retcon. When Conan Doyle told his readers that Sherlock Holmes didn’t die, it changed their perception of what happened in “The Final Problem.” Now, instead of a tragic sacrifice, Holmes’ “death” becomes another move in a long game of mental chess with Moriarty.

Why Retconning Makes Readers Furious (Or, At Least This Reader)

I had heard of the term “retconning” but hadn’t really paid it any mind until a few months after the final Harry Potter book was released, when J. K. Rowling told a crowd gathered at Carnegie Hall that Albus Dumbledore was gay.

Now, the “revelation” of Dumbledore’s sexuality didn’t bother me (I’ve read many a fanfic), but how Rowling announced it did.

If Dumbledore’s sexuality was important, why didn’t she say something about it in the seven books she wrote? She had seven books to tell us more about Dumbledore.

Rowling remains one of the worst retconning offenders. Since the conclusion of the Harry Potter series, she has retconned everything from Hermione’s race to the true origins of an evil snake to how students at Hogwarts used the bathroom.

It’s Rowling’s right to change her books, but the how and the why behind her changes are what makes readers so furious about retconning.

Rowling’s retcons range from the mundane (no one needed to know that Hogwarts students used to simply vanish their bodily waste before the invention of toilets!) to the deeply problematic (It wasn’t important to tell us before that Nagini, a symbol of evil in the original books, was actually an Asian woman enslaved to a white supremacist?). 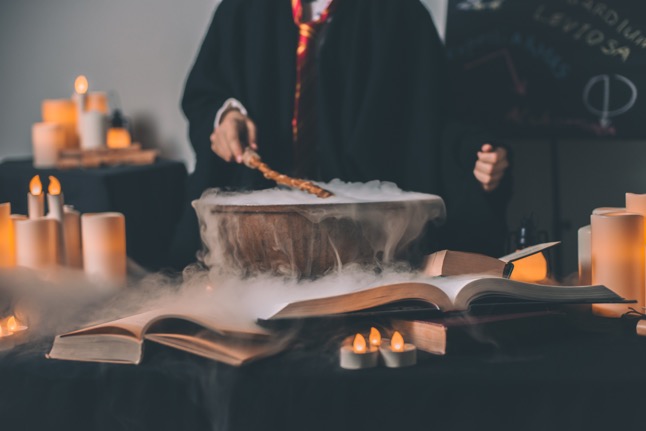 Therein lies the big problem with retconning: most retcons are either pointless or too important. The former makes reader wonder why the author bothers: did Rowling tell us about wizards vanishing their poop just to make headlines?

The latter makes the reader wish the author had included this information in the original text. If Rowling had revealed Dumbledore's sexuality in the books, she would have given readers an LGBTQ+ character to identify with. Similarly, if Hermione was actually a woman of color all along, Rowling missed a big opportunity to explore what her journey at white-washed Hogwarts was like. Hermione would have had to shoulder the double burden of being both a Muggle and a visible minority.

Instead, both Hermione and Dumbledore's identities are treated as an afterthought. By not addressing them in the original text, Rowling's later admissions feel cheap and attention-grabbing. Saying that Hermione was black all along is akin to saying, "I don't see color." It feels like Rowling's way of addressing the lack of representation in her books, but in an inauthentic way. If she actually cared, or if had actually mattered, she would have included this information in the original text.

So what does this mean for us as authors?

Well, if a plot point’s important, include it in your book! If it’s not, then maybe keep your mouth shut about it… until you start to work on the sequel!

kathrynbain
If it's not in the book, then the author should just say that it's whatever the reader feels it is. After all, isn't that the point of reading over watching a movie?

hayley.milliman
Agreed! If it's not in the first source, anything that comes after is interpretation.

5b5e3b8658bfd5321a5d1995dd12bbba@544696prowritingaid.com
Retconning puts me in mind of Chekhov's gun. If it's there, you have to use it. If it isn't there, then adding it after the fact in a reconstruction is pointless, and confusing. Moreover, it feels like a cheat.

hayley.milliman
Exactly! It feels like I'm being force fed something I wasn't hungry for!

arianeblackman
I suspect that Rowling made up whatever she is now saying after the fact - it was probably pointed out to her how white-entitled Hogworts was and she decided to bluff her way around it. Which is even more annoying!

hayley.milliman
So true! People forgive you for mistakes -- just own them!

Isabelle.hancock
This makes me feel a little better. My first novel includes a black character and I forgot to mention his colour in the first draft. Subconsciously I figured that I knew, so I thought everyone else did as well. It was a big mistake and has since been corrected but it's nice to know that writers like Doyle and Rowling did the same.

hayley.milliman
No one is perfect! And no fan expects your work to be. We are all only human :)

Isabelle.hancock
This makes me feel a little better. My first novel includes a black character and I forgot to mention his colour in the first draft. Subconsciously I figured that I knew, so I thought everyone else did as well. It was a big mistake and has since been corrected but it's nice to know that writers like Doyle and Rowling did the same.

Gogolin
One thing that bothers me is a definition that begins, "A retcon is when . . ." 😊

BobbieM91
If you didn't include it, and your books were a success, don't change the narrative later. I, for one, have no respect for Rowling as she attempts to appease those who criticize what she wrote. It it wasn't in the book, tell them you use their imaginations and add or take away what they want. As for Doyle, if he didn't write another book after that scene about Holmes, then Holmes is dead. End of story. Retconning is stupid if your books are a success. Why make your fans upset by changing the narrative, especially in a children/teen series?

jmscoleary
Your inclusion of Doyle in retconning is problematic. Doyle never intended to make Holmes a long term recurring character. Both "A Study in Scarlet" and "The Sign of Four" were one-offs. "Sign" ends with Watson engaged to be married to Mary Morstan: "Well, and there is the end of our little drama," I remarked, after we had sat some time smoking in silence. "I fear that it may be the last investigation in which I shall have the chance of studying your methods. Miss Morstan has done me the honour to accept me as a husband in prospective." When The Strand Magazine sprang in to existence in January 1891 Doyle, who was not at that time rich or famous (maybe well-known in writing circle but not so much with the general public) conceived of writing the Holmes stories as self-contained units featuring a recurring character, then a novel idea, and have Holmes appear in six stories. Those six proved so popular with the reading public that The Strand wanted more. Doyle, who didn't want to write more of them, asked to a high fee for another six and was surprised when The Strand agreed without a blink. After that run The Strand wanted another twelve Holmes adventures and Doyle, needing the money wrote them but with Holmes dead at the end of the series. Doyle held out for ten years not producing a Holmes story, despite constant public pressure to bring him back. The famous American stage actor William Gillette wrote Doyle asking to used Holmes in a play; Doyle gave permission and "Sherlock Holmes" (1899) was a huge international success, giving the public, whose love and need of more Holmes stories only grew in the years of Holmes' death, what they wanted. Publishers wanted more Holmes in the face of the play's success and threw ever increasingly large sums at him as an enticement, Doyle gave in and wrote "The Hound of the Baskervilles" (1901), a best-seller in the modern sense of the word, which was a pre-death reminiscence. Collier's magazine offered even more money to bring Holmes back from the dead and in 1903 saw "The Return of Sherlock Holmes" series of short stories. No body was found after Holmes supposedly tumbled to his death at Reichenback Falls in "The Final Problem," in fact the fight with Moriarty was off-screen and supposition on the part of Watson and the Swiss authorities. "The Empty House", the first Post-death Holmes story is not a retroactive continuation, but a legitimate continuation, taking place three years after events in "The Final Problem" and not changing established lore but clearing up conjecture. Holmes' return, unlike Dumbledore's sexuality or Hermione's ethnicity, was not some unwanted and unasked for tidbit, but was a demand from a Holmes-hungry public that already had plenty of amateur detective knock-offs cast into their faces in the years since "The Final Problem" and wanted the real thing.

hayley.milliman
Thanks for this context! You are certainly a better Holmes aficionado than I!

HollyEPickett85
To me, this is not surprising that J. K. Rowling would do this. It's no different when she claimed she didn't write fantasy and that she just wrote a story about an orphaned boy and offended a ton of readers. Bad publicity is still publicity. She seems to like the controversy because she's already successful.

hayley.milliman
I know! It's complicated, because she has helped a lot of people with her money. But then actions like this come across as money-hungry!

hayley.milliman
I know! It's complicated, because she has helped a lot of people with her money. But then actions like this come across as money-hungry!

ru4gus
I seldom read a book more than once. I seldom watch a film twice. I like art and look at paintings many times, usually keeping art for life. It doesn't change. Why would people change a beloved story? This is stupid.