When You Actually Should Use Passive Voice 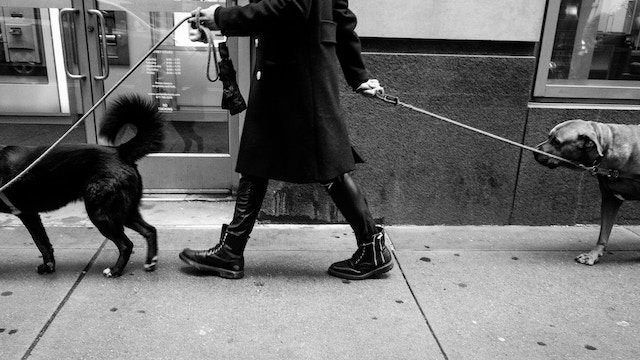 Ever heard that advice before? It's a good rule of thumb and likely the best option if you're not sure what to do. But, like most rules, it's not without exceptions.

That's right. Despite what your teachers told you, there are some instances where you might actually want to use passive voice. In this article, we'll cover some notable examples.

But First, What Is Passive Voice?

It might seem complex at first but passive voice is simple. Consider this sentence:

The dog was walked by Libby.

Here we've flipped the object and subject to create a passive sentence. To paraphrase the ProWritingAid editing tool, passive constructions like this make your writing less direct. They obscure the subject of the sentence and therefore muddle its meaning. Considering this, you can probably see why the passive voice is generally avoided.

But you probably already knew that. In this article, we're going to focus on the exceptions. Here they are:

Sentences written in the active voice almost always place the reader's focus on the subject. However, there are some instances when you might want to emphasize the object instead. Consider this example:

In the first sentence, it feels like the reader's attention should be on the book. Yet in the second sentence, attention is diverted to the author. Now let's try passive voice.

Here the reader's attention stays on the book in both sentences. That's because we've used passive voice in the second sentence to place emphasis on the object (the book) rather than the subject (the author). It's a subtle but effective technique when used sparingly.

Like the last example, this is another that won't come up often. However, when it does, you'll be glad you had this trick in your back pocket. Consider this sentence:

This passage works fine enough. However, we spend the first three sentences building tension. The narrator put care into making lunch, and now it's gone. Just as we begin to wonder who took it, the first two words of the last sentence give it away. To delay the revelation until the last moment, we might instead try passive voice:

The same principle applies to comedy. That's because jokes are often funniest when the humor hits at the end of a sentence.

Those are a few reasons writers might opt for passive voice. What other ways have you seen it done? Let us know in the comments below!

mcarvin1
Someone recently rejected my sentence, "The hills that rose above the river were covered with a greater and thicker variety of trees," because of the passive voice. But it seemed to me that as one travels, the hills appear before one can see what sort of trees cover them and breaking it up and rearranging the words, spoiled the flow and rhythm. "Picky, picky..."

stevenspaig
I’m a big advocate for active voice, but there are some instances when it just doesn’t sound natural. As an example, the phrase “She was torn” or “She was conflicted” sounds a lot better than “The situation tore at her” or “It conflicted her.” Another example is “He was lost.” If the character is physically lost, how do you make the statement active without making it way more complex than it needs to be? I’m also an advocate of using the least amount of words possible to get the point across, therefore passive voice is appropriate in (not very many) but some cases.

cthultystka
What if the main character is passive? I write a sort of military fantasy. Consider the sentence: “We were ordered to take up the position.” I could re-write that in an active voice as “The commander ordered us to take up the position” but would that really be better? After all, who cares about the commander? “We” are the important person in the sentence. Even if “we” are passive.

ldvidakwrites
When writing scientific, academic, or business papers, I have found that passive voice is sometimes necessary. The written gymnastics involved in expressing the same thought in the active voice can create hard to read or awkward sentences. The object of the sentence is frequently the emphasis.

asiperuan
In our culture, we use passive voice widely, both in informal and formal conversations. The reason being, it is not polite to use active voice in the conversation and daily interactions. As a non-native English speaker, I have to rewrite sentences to active voice. Your tips keep me in-checked.

nicholasribic1
"Those who break the law should be held responsible." I can't see a simple way of saying this using the active voice. If anyone else can, please let me know.

amy.cohen
"There is a need to hold law breakers responsible for their actions." I think in order to make this active you'll have to include someone else as the subject of the sentence. I'd love to hear from other readers about this! Join the convo!

haileymanningcopywriting
Maybe say, "Law-breakers should be held responsible." ...that's a tough one, for sure!