The Nemesis: Why Every Protagonist Needs One 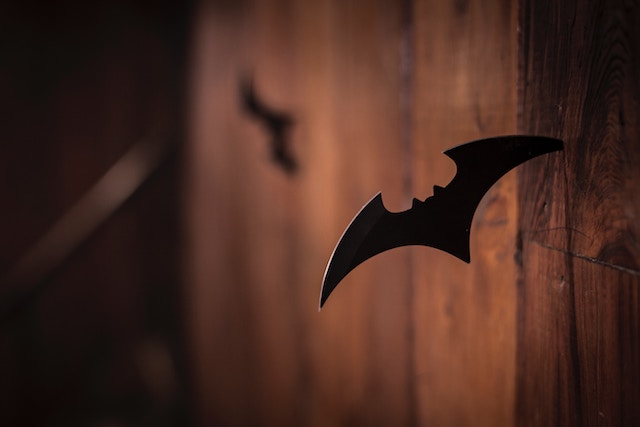 A nemesis is your protagonist’s foremost enemy. He or she diametrically opposes everything your main character values or believes in. Think arch-villain, arch-enemy, or arch-foe.

Nemesis comes from the Greek word némein, which means "to give what is due." There was a Greek goddess named Nemesis responsible for meting out justice or retribution for someone who showed hubris. She was inescapable, which means she was not an evil villain, but the epitome of implacable justice.

Since ancient Greek heroes succumbed to hubris regularly, the goddess Nemesis instigated their downfall. For this reason, she became the hero’s worst enemy.

Difference between nemesis and antagonist

Finally, you can have multiple antagonists, but only one nemesis.

Some of the best nemeses ever created are in the superhero world thanks to Marvel and DC Comics. Who can forget Superman’s archenemy, Lex Luthor. Or the Joker and Batman. Then there’s Thor and Loki, brothers and arch-foes.

The best nemesis created in literature starts as far back as Beowulf or The Iliad. The monster Grendel and protagonist Beowulf square off, while the Iliad’s hero Achilles slays his nemesis Hector.

Think about the various antagonists Harry Potter faces, like Professor Snape and Draco Malfoy. But his nemesis is clearly Voldemort. An epic rivalry, wouldn’t you say? Much like Captain Ahab and Moby Dick. Or Peter Pan and Captain Hook.

Why every protagonist needs a nemesis

One of the most satisfying aspects of a novel is when the bad guy gets what’s coming to him at the end. Or the protagonist conquers the beast. We want divine retribution against a nemesis, but you may not feel that way about certain antagonists. While your main character can face many antagonists that are obstacles in her path, she only has one main foe. Her nemesis, her mortal enemy. Like Liverpool and Manchester United.

Often depicted as a battle of good versus evil, sometimes defeating the nemesis ends in the hero’s death. So how do you create a worthy nemesis, a long-standing rival for your protagonist?

How to create the perfect nemesis

For example, Luke Skywalker’s dark side, his shadow, is obviously Darth Vader. They inhabit classic nemesis positions of good and evil, light and dark. Darth Vader chose the "dark side of the force," while Luke and Obi-Wan chose the light. More like Dr. Jekyll and Mr. Hyde. Two faces of the same person. Eternally opposed.

Another example of a great nemesis is someone who grew up with your protagonist, was taught the same skills, but who took a much different path when using those skills. Again, DC and Marvel Comics use this formula very well. Consider how in Batman Begins, Batman and Ra’s Al Ghul have the same training, but take quite different avenues to fight crime.

Professor Moriarty is an undeniably iconic nemesis in literature. Where would Sherlock Holmes be without Moriarty’s rival brilliance?

Having a personal, longstanding conflict between your protagonist and her nemesis adds drama to your story.

Chances are you grew up with a nemesis. That one person in school who always did better than you in math even though you were just as smart. Or maybe someone who continually beat you out for a place on the basketball team. Scour your past for a nemesis worthy of your protagonist. And explore his or her dark side.

Who is your favorite nemesis of all time? Share in the comments below.