What I Learned About Writing From My Film School Friends

TAGS:
blogging
writing technology
productivity
how to write a novel
essay writing
story planning
Scrivener
What we wish we had known 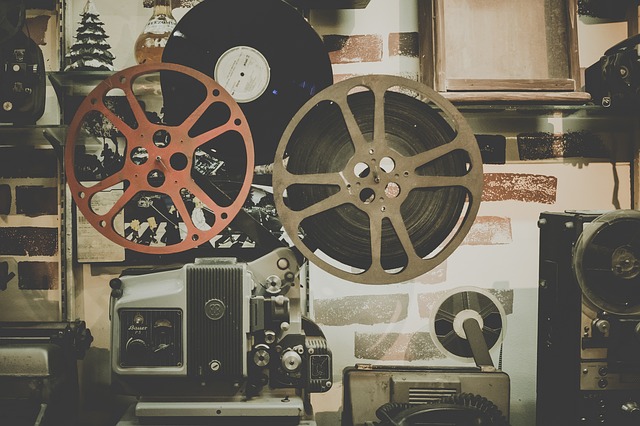 Despite graduating college with a business degree, several of my friends were in film school, which led to me being part of multiple student films. Along the way, I discovered that writers can glean a lot of advice from the filmmaking process.

When creating a film, writing the script is not the first step. Long before anything is written, an idea is funneled into a [logline]: a one-sentence synopsis of the entire film.

Think of a logline as an elevator pitch or a single tweet to draw interest. For example, the [logline for the film Forrest Gump] defines the premise while allowing for several directions the story can travel:

Forrest Gump, while not intelligent, has accidentally been present at many historic moments, but his true love, Jenny Curran, eludes him.

From this simple logline, Forrest can end up in multiple historic situations while the ultimate focus is the love he shares with Jenny.

While specific to the film industry, developing a logline can help all writers. Not only do loglines help provide a clear picture of the story in a single sentence, they can help market the work later on in the post-production process.

A treatment is a detailed summary of the planned story. While scripts are almost entirely dialog, treatments contain little to no dialog and focus on describing major scenes.

The treatment describes the setting of the film, the characters, the events, and the conflict. Think of a treatment as a rough draft, most of which will not make it into the final product but allows the writer to explore their vision.

Some treatments are a few pages and some are much longer. James Cameron, for example, famously writes heavily detailed treatments that can span up to 70 pages.

Like loglines, treatments are not common in other forms of writing. Though, learning to vet and develop an idea before committing to writing can help all writers flesh out their work.

Once a treatment flushes out the idea, individual scenes are developed. Scriptwriters do this using scene cards.

Each scene gets an index card with a short description of the events. This provides a visual glimpse of the entire story. Cards can be rearranged or moved around to develop the story arc.

The writing software Scrivener uses digital scene cards for each heading or scene in a file. This essay, for example, would have a new scene card for each section allowing a visual representation of the piece.

While the shooting script is the final written draft of the movie, it’s only partially through the filmmaking process.

A rough draft, or shooting script, is a vital part of the writing process. Ignoring this portion would be like taking the treatment for Forrest Gump and deciding to film tomorrow. The actors would be lost. There would be no sets. The film would be terrible.

A film can live in pre-production for years. Devoting the proper time to any writing is important. Make sure the story, essay, novel, etc. spends enough time in pre-production to develop a quality rough draft. Then move it into production.

Once a director gets a shooting script, they develop storyboards. For films, storyboards help the director take the written words and turn them into visual scenes. They’re editing the rough draft to help develop the final draft: the film.

For other forms of writing, the storyboarding phase is editing each word, section, or chapter of the piece to make sure it’s perfect. Tools like ProWritingAid can help writers in the editing process.

While storyboards and editing aren’t necessary to the writing process, they help the writer get everything right.

The film’s written and filmed but the filmmaking process is still not complete. The film moves into post-production.

Now the film gets screened. Maybe to select friends and family. Maybe in front of a larger audience. Following screenings, the director receives notes and comments. They find out what worked and what could have used more explanation.

Writers of all styles should screen their work with trusted friends or editors before releasing it to the world. After spending such a long time with the words, a writer will miss things a fresh reader sees.

Once screenings are complete, the film moves into distribution. This is where a movie studio gets the film in front of as many eyes as possible.

While there are people who try to figure out the [exact right moment to publish things], the truth is there isn’t an exact science. Movie studios spend millions of dollars trying to predict the proper release date and sometimes they get it wrong too.

If a piece is ready, writers must find the right distribution method and publish.

Things are still not complete. No matter how good the distribution channel is, marketing can make or break a film. The same is true with any piece of writing.

Writers need to be [savvy marketers] of their own work. Use the original logline to share links on social media or purchase ads targeting a specific demographics are great ways writers can market their work.

The filmmaking process is long and arduous. Yet each step helps shape and refine the film into a finished product. Writers can learn from this process.

It’s easy to have an idea, write it, and publish it yet that doesn’t mean the piece is the best it could be. Spending the appropriate time developing and revising a story or essay can only help in the long run.

Want to get started? Post a logline for whatever it is you’re working on in the comments below.