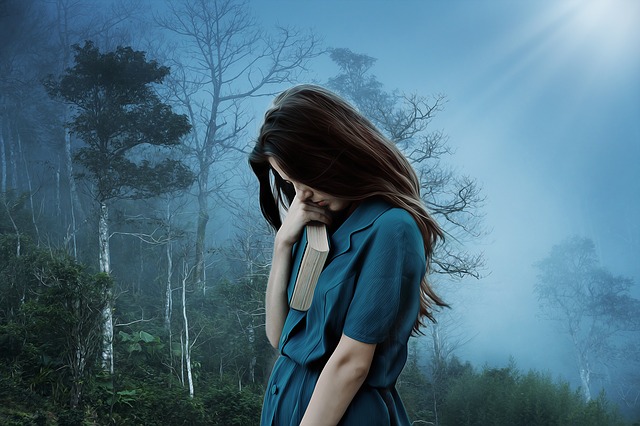 At our earliest introduction to tragedy (mostly in the form of Shakespeare), we learn a tragedy is a play where everyone dies at the end. As we grow as readers and writers, we realize there’s more involved than this simple formula.

As writers, we want to make sure our readers are happy with our tale's ending, so we turn away from tragedies. But that doesn’t mean you can’t use a tragic hero in your story to juxtapose your protagonist.

What is a tragic hero?

We turn to the man who started it all, Aristotle. He studied Greek tragedies and defined the following characteristics of a tragic hero. We’ll try to explain Aristotle’s fancy words in more modern English:

A fancy word that means the hero is a little full of him- or herself.

Another Greek word that means a flaw causing the hero’s downfall.

Aristotle describes this part of the tragedy as the hero discovering something important in the story.

You may be more familiar with this thought: a tragic hero should have a nemesis, or some kind of punishment he or she can’t avoid.

Another more familiar word: this means your story evokes strong feelings of pity by the downfall/tragic end of the hero.

If you’ve read The Fault in Our Stars, you know Augustus Waters is a classic tragic hero. Readers fall in love with his intelligence and humor and his obvious love for Hazel, the protagonist. And all along, we think Hazel will be the one to die at the end because the focus is on her spreading thyroid cancer. Besides, we learn that Augustus is cancer free thanks to his leg amputation.

In today’s modern tragedies, characters don’t have to fit Aristotle’s definition of a hero perfectly. But your tragic hero must have your readers’ sympathy and he/she must come to ruin, despite their best efforts.

How to write a tragic hero per Aristotle

Aristotle studied Greek tragedies and concluded that a great tragedy must have a great plot. Here’s how to write a great tragic hero based on Aristotle’s scientific analysis of hundreds of tragic plays.

Start with the action

Since plot is most important, show, don’t tell. Show your hero and his or her actions that tie up an intricate little knot that comes unraveled at the climax. This means you can’t throw in a lot of coincidental or chance happenings. You must show purpose and unexpected, but logical, consequences.

Analyze your plot. Is there any action you could remove without affecting the tragic ending? Aristotle would tell you to remove it if it’s not essential to the denouement.

Aristotle believed all great tragedies included at least one scene of major suffering. This could be the climax of your story, but it should be essential to the plot regardless of where it occurs.

Your tragic hero must suffer devastation. In The Fault in Our Stars, Hazel thinks she is like a grenade. She feels her death will implode her family and those she cares about. She doesn’t want to cause intense suffering, and she worries constantly about hurting them by dying.

When Augustus tells her about the return of his cancer and its prodigious spreading, she realizes he is the true grenade. His death will hurt so many, especially her.

Include moments of reversal and recognition

Reversal means a moment in your story that goes from good to bad or vice versa. And recognition is when your protagonist realizes something important about the tragic hero that changes the way they understand the hero. A great example of this is the Harry Potter series and Severus Snape. No spoilers here; just read the series and tell us if you saw that one coming.

Both reversal and recognition must surprise. They can work together in a single scene, or the reversal can lead to the recognition that results in the climax which might be your final scene of major suffering. You can intertwine it all, which leads to the next point.

Hopefully by this point, emotions are riding high. You must offer your readers catharsis or "cleansing." Aristotle said:

Your readers should gain clarification at the end. They should understand how the tragedy logically ended where it did and how events led to such a conclusion. It should open their minds to an intellectual clarification that everything is "as it should be." Hard to explain, but easy to recognize. Read The Fault in Our Stars, The Great Gatsby, and any of Shakespeare’s great tragedies for examples of an evocative catharsis at its conclusion. Yes, it’s a tragic end, but it should all make sense.

Augustus is prophetic. He explains to Hazel that getting hurt is part of life, but you get to choose who you let hurt you. And Hazel realizes that she’s glad she let herself get hurt by "Gus"—in fact, she likes her choice.

Wiafemintah
I love this. Thanks

Wiafemintah
I love this. Thanks