Blog The Writing Process Writing Characters & Making Decisions: "What Kind of Story Are You Telling?"

Writing Characters & Making Decisions: "What Kind of Story Are You Telling?" 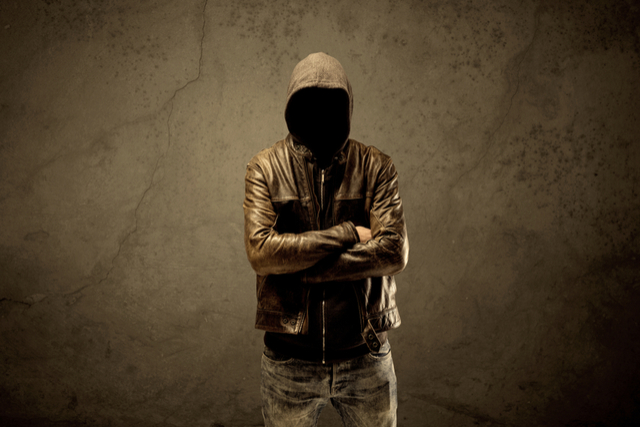 We’re focusing on Orson Scott Card’s Elements of Fiction Writing: Characters & Viewpoint, which if you haven’t read, you should do so. I had thought to skip this chapter in the book because most books today are character-driven, but Card has a very important point you should consider.

The gist of his argument is that while character-driven novels are de rigueur today, not all novels require in-depth characterization. I hear you gasp; bear with me.

Let’s look at the four types of stories that Card says comprises every novel: "MICE" which stands for milieu, idea, character, event.

Milieu (Card’s word) is a fancy way of saying your story’s world. If you’re writing a story and most your focus is on world building, you’re writing a milieu story. Card argues that these types of stories don’t need strong characterization because you want the reader to put him or herself in the character’s shoes. Readers who love these types of stories get engrossed in the minute details about the world; they want to read about the food, culture, life forms, architecture, customs, and more.

Perhaps the most well-known milieu story is The Lord of the Rings trilogy. Instead of getting deep into characterization, characters are more stereotypes who function within the story’s world. Consider how The Lord of the Rings uses one dwarf and one elf as main characters. Says Card, "had there been more, it would have been nearly impossible to tell them apart, just as few readers can remember the difference between the two generic hobbits Merry and Pippin."

An idea story is your basic problem or question offered at the beginning that the main character must uncover by the end. Consider how a murder mystery unfolds: someone is dead at the beginning of the book and you spend the rest of the story trying to figure out who did it. All of Agatha Christie’s mysteries included characters who each have a motive for murder without going too in-depth about them. The reader spends the entire time trying to figure out which of the cads did the deed.

Another type of story that fits this subset is what Card calls "caper stories." Think about the movie Ocean’s Eleven. A heist is about to go down. The movie follows the characters' goal to come up with a plan to get it done.

Now think about your favorite detective series. The main character doesn’t evolve and change by the end, right? You may understand the protagonist better by the end, but there is no change. It would be too difficult to write a series if the detective had to change with each story. So your basic detective is a stereotype with a few eccentricities to distinguish him from every other detective. Not much characterization there.

Here is the type of story we’re most familiar with these days. The main character is trying to change his role in life throughout the story. There are three outcomes to a character story: the character finds a new role/life, he or she returns to the way things were, or gives up completely.

Card goes into great detail about the character’s "role" in this type of story. He explains that your role in life comprises the various relationships you have with others and with your community and beyond. My roles in life are mother, wife, friend, writer, pet rescuer, an ardent feminist, etc. These roles make my life pretty full and frankly pretty tame. No one would want to write a book about my roles.

Obviously for this type of story, you need to go deep into characterization. Readers must believe that the character’s role is intolerable and that the change is justified. Give them everything they need to know to understand your protagonist deeply and fully.

This is a basic cause and result story, with the event the central focus of the story. Something causes your story’s world to be out of order. As Card puts it, "call it imbalance, injustice, breakdown, evil, decay, disease—and the story is about the effort to restore the old order or establish a new one."

The journey starts when the characters try to right the world and ends when they either save the world or fail enormously. Consider what this world’s disorder may be. It could be something as small as an illicit love affair that can't continue or something as big as aliens invading earth to destroy it.

Card argues that the Event story is the basic structure for stories from the beginning of time. It is man’s way of trying to make sense of things happening around us. Creating order in a story world helps us know how to create order in reality.

Characters in an Event story can be as simple as the actions they do and why they do it. Think of the movie World War Z or Independence Day. More popular Event stories use romance, though. Consider the love triangle in the Arthurian legends. With romances, you have the option to go deeper into characterization or to focus on the results of the Event.

What this means to you, the writer

When you decide which kind of story you’re telling, your reader will expect certain things to happen. Let’s look at a murder mystery. Say in the opening scenes of your book, the main character’s spouse is killed. If you’re writing an Idea story, the purpose of the book will be to find out whodunnit, right? So your readers will be very upset if you don’t solve the murder, but focus instead on how the main character learns to live without the spouse. Your reader was expecting an Idea story, and you gave them a Character story instead. You don’t want to trick your readers or make them angry.

Nothing stops you as the writer from using other story types as subplots. Consider our murder mystery: a valid subplot would be how the spouse copes with the death, which could be resolved as the murder is solved.

Orson Scott Card’s point is that characterization is a tool you use to tell your story. If you’re writing a detective series, you probably won’t get too deep in characterization beyond the stereotypical detective with some eccentricities. It’s more about planting clues and leading the reader. But if your story focuses mostly on the characters, not an Event, Idea, or a Milieu, go deep into character.

What do you think? Let us know in the comments below if you still think every character needs to be fully drawn, regardless of story type.

Want to check out the other articles in our character devlopment series?

hostbmarketing
Great Blog! Its really helpful Blogging is an amazing skill with which you can share your thoughts online.Love your ideas keep up the good work!

powers4991
Card's input is useful, but one should not supposed that any cursory reading could or should lead one to accept or reject what he offers. His advice needs much time and active deliberation by each writer before one can fully decide exactly how useful. And within the sphere of these considerations it would be good here to have a well-reasoned debate on whether "story engineering," as argued by Larry Brooks, and the nature of "literary novels," as argued by others, is of use.

dukas11_del
MICE interesting. Printing it to ponder during breakfast.

paulbeardsley
The Card book is excellent, possibly the only book on writing anyone can need. There is definitely a sniffiness from some quarters about any novel that isn't primarily about character. Of course character is important, and I would get frustrated if the characters were unconvincing or total ciphers. But there are so many character-driven books available, it's good to be reminded that there are other kinds of fiction.