4 Writing Issues You are Probably Missing When You Self-Edit 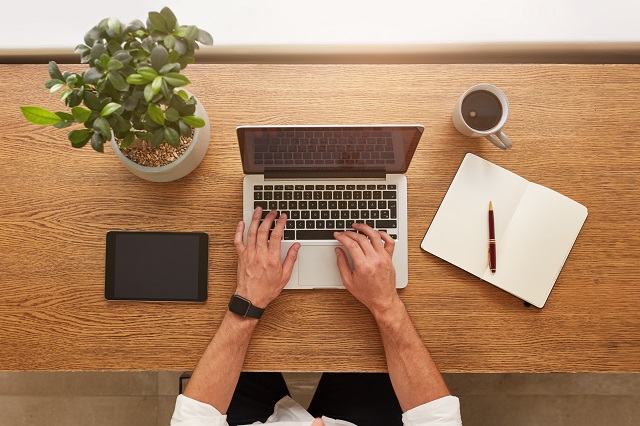 Having a relationship with an editor you can trust, one who is flexible enough to work around your tight schedule is one way to do it. But even then, you need to ensure the that your editor is spending most of her time on the meat of your story like plot and character development, and less time on the technical stuff like sentence construction and word choice. Ideally, you want your text to be as tight as possible BEFORE you send it to your editor.

Most writers are aware of basic editing pitfalls like using passive voice or overusing adverbs and will use ProWritingAid to find them when they are self-editing, but there are a lot of other small editing fixes that can make a huge difference to the quality of your writing.

In this post, I want to point out four issues that many authors always seem to miss:

Internal dialogue is a great way to let the reader into what the character is thinking and, given that a story is often written in the past tense, you can expect a few “hads.” But it is important to remember that you want the reader to feel the action is happening in the here and now and therefore, eliminating the “hads” becomes necessary.

Benito paused, a mistake he recognized when the Inquisitor’s smile widened. He hesitated. He didn’t know how to answer. Was he attracted to men? He had known he was from an early age, but he had battled with this side of himself all his life, keeping it well hidden even from his brother. It was a sin he was guilty of, but he had never acted on his attraction, praying he wouldn’t feel it.

Granted in the above example there are only three “hads,” but let’s look at how removing them can improve readability.

Benito paused, a mistake he recognized when the Inquisitor’s smile widened. He hesitated. He didn’t know how to answer. Was he attracted to men? He had known he was from an early age, but he battled with this side of himself all his life, keeping it well hidden even from his brother. It was a sin he was guilty of, but he never acted on his attraction, praying he wouldn’t feel it.

Removing the two “hads” has the effect of removing Benito’s thoughts from the past and putting them in the here and now. Doing this in your own writing will not just improve readability, but also ensure a deeper connection between the reader and the character.

It is a common error that I’ve found in my own writing and manuscripts that I edit. Most authors don’t realize it, but placing an -ing word after a simple verb hinders your story’s readability. You want the reader to breeze through the story, not stop and wonder, “what just happened there?”

This sentence makes it seem like Jane didn’t stop “starting” to walk away. Too many of these and the reader will be wondering when Jane will stop starting to walk away and actually walk away.

A better version of it is:

Of course, “Jane started walking away” would be acceptable if in the very next sentence she stopped and turned around. If the character doesn’t complete the action, then the -ing word following a simple verb is acceptable. If not, altering sentences like these may serve your story.

Another way you can polish your manuscript and consequently increase your reader’s connection with it, is to find and eliminate character filters.

The barely concealed grief in Jamie’s voice must have gotten through to Riley who replaced his hold on Jamie’s shoulders and resumed their walk. Rick noted the smile on Ben’s face as they walked, and he wondered what new problem their guest would bring.

The character filter in this case is “wondered.” It places a barrier between the reader and the character which might hinder readability. Remember that the reader should experience the world through the character’s eyes and when words like “wondered” are a main feature, the reader is suddenly clued-in to the presence of the author.

Here’s what our example looks like with “wondered” removed.

The barely concealed grief in Jamie’s voice must have gotten through to Riley who replaced his hold on Jamie’s shoulders and resumed his walk. Rick noted the smile on Ben’s face. What new problem would their guest bring?

Since the character (Rick) didn’t say it out loud, it is clear from the question, he is wondering and hence the “wondered” is unnecessary.

Other character filters to look for include felt, think and thought.

More concise writing makes for easier reading. It is your goal as the author to keep the reader turning the page. Shortened verbs improve readability, provide clarity and lessen confusion.

He felt her fresh tears as he whispered words of comfort to her, finally glad to be able to comfort the woman he loves.

Here’s what it looks like with a shortened verb:

He felt her fresh tears as he whispered words of comfort to her, finally glad he could comfort the woman he loves.

He would have been able to graduate if it weren’t for that horrible mistake.

He would have graduated if it weren’t for that horrible mistake.

Find “able to” in your own writing and shorten the verbs. Your readers will thank you.

The beauty of doing this is, it becomes a habit. Now you spend a few days writing and a few days polishing what you’ve written. When you get to the end, your manuscript will be ready for your editor.

Your editor will spend less time with it, there will be fewer changes to be made and you’ll easily meet your publishing deadlines. Do this and everyone’s happy, including your readers who don’t have to wait too long for your next book.

Elle W Silver is a freelance writer and editor, currently working on her first paranormal romance series to be released mid-2018. She enjoys sharing her writing journey, experiences, tips and ideas with fellow authors. You can download her guide How to Write a Bestseller for free. The PDF guide details the 10 common mistakes authors make when writing a romance novel and how to avoid them.

dianemcintyre9991
Thank you for these valuable insights. I am in the process of compiling a book of my memoirs . Your wisdom is much appreciated.