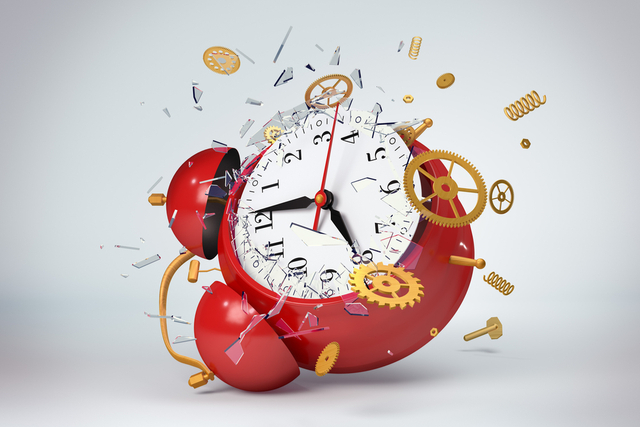 Have you read a book that jumped around chronologically, but was so well done that you read it in one sitting? Think The Time Traveler’s Wife by Audrey Niffenegger or Truly Madly Guilty by Liane Moriarty. And if written in a linear narrative, novels such as The Time Traveler's Wife might not make much sense at all.

Shifting back and forth in time creates suspense. Your readers can unravel the past and understand the ramifications in the present a little at a time. It creates a tension that makes your books hard to put down.

You also get a depth of character that withholding certain information brings to your narrative when writing non-chronologically. If you tried to tell the same story in a linear fashion, you would know everything from the beginning, the “why” and the “how” of what happened in the past to create the present situation. It would rob you of suspense in not knowing what happened back then that’s causing your character so much pain or angst.

Showing past and present in alternate chapters, for example, would enable you to develop your characters more fully. And if written in a linear narrative, might not make much sense at all, like in The Time Traveler’s Wife.

An example of how depth of character can be nuanced

You can show a character’s depth at the same time you create a compelling story question by strategically bouncing around chronologically. Let’s look at an example.

Imagine a young boy protagonist who is fleeing the scene of an arson. There are dead bodies involved, and the boy has a gas can in his hand. He’s dressed in all black, and has vomit on his shoes.

In the next scene, we see a snapshot of earlier that day when the boy argues with the parish priest. He pleads with the priest to release him from his altar boy responsibilities that day.

Next, we come back to the present, and the boy is sitting in the back of a patrol car, throwing up and praying.

You get depth of character by juxtaposing the image of the boy as an arsonist against his altar boy persona. And you want to know more about the fire and the dead bodies, right? But who really is this boy? You might take the next scene back even further in time and show him at a funeral, for instance. It would be another piece of the puzzle comprising events that created the current situation.

If your novel were a movie, it would be easier to show the different timelines. For example, your scenes from the past would include a different clothing style and different settings with older versions of common elements like vehicles. You could even mark the different timelines with completely different settings. Make your character’s very first apartment out of college not much more than four walls and the present-day apartment in an upscale, expensive building.

So how do you pull off non-chronological writing?

It’s not easy. You would certainly need a spreadsheet, mindmap, or outline to track all of your story threads. One thing you have to keep straight as you write scenes is who knows what in the different chronological times.

One suggestion to make it easier is to write your idea as a short story first. It’s much easier to work out in a 2,000 word story how the non-chronological ideas fit together than in a 75,000 word novel.

Another suggestion is to use one point of view. Trying to weave different story lines and alternating POVs in non-chronological order would make anyone’s head explode the first time they tried it.

Finally, just write the story in chronological order. Then write each scene on an index card, or print out your manuscript and cut it apart. Reassemble your scenes/manuscript in non-chronological order to build character and go even deeper into your story’s main themes.

Non-chronological writing can help you increase your story’s tension by offering information to your readers that doesn’t follow the normal cause-and-effect order. You only provide the “effect” information of a particular cause when your story demands it.

Just because your story doesn’t follow a traditional linear narrative is no excuse not to have a clear beginning, middle, and end. That is the structure your readers expect, so you at least must give them that to keep them interested and reading. But you'll enjoy creating an order of events that piques curiosity, heightens internal conflict, and creates the best story for your readers.

What’s your favorite non-linear book you’ve read? Let us know in the comments below. Let’s start a list of the best non-chronological stories everyone should read to better understand how to use this structure.

Want to read more about character development? Check out The Nitty Gritty Practical Guide to Giving your Characters Unique Voice.