What Margaret Atwood Taught Me About Writing Outside Your Genre 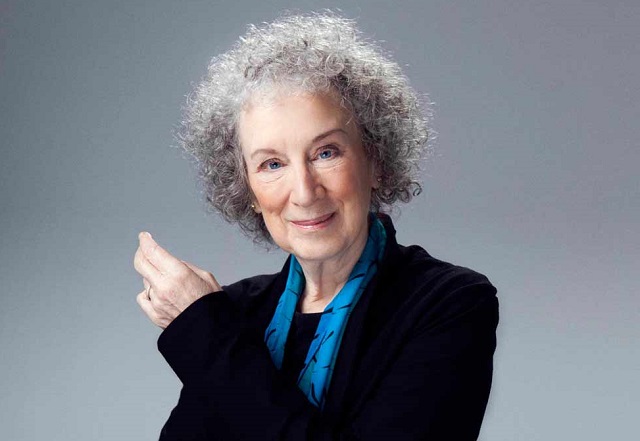 Margaret Atwood recently wrote an essay titled "Margaret Atwood on What The Handmaid's Tale Means in the Age of Trump" that caught my eye. There has been a swarm of interest around the book thanks to the upcoming series on Hulu, but I have to admit that I was curious to see if her political views matched mine.

What I found most compelling in the article, however, is how she talked about stretching herself outside her genre when she wrote The Handmaid's Tale:

If you haven't read The Handmaid's Tale, it's reasonable to say that Atwood nailed it. She took on the dystopian genre and made it her own. Even though the world she created was unknown, the portrayal of her characters was as intimate and familiar as any other book she had written. The book came out around the time I graduated from high school, and opened my eyes to gender inequality issues in a new light. Good stuff there.

Have you ever considered writing outside your genre? If you haven't, I want to challenge you to give it a try. Here's why.

It Can Help You Get Unstuck

Stuck on a particular scene in your current story? To see the scene differently, try writing it as a poem or from the viewpoint in another genre. Getting your mind away from the problems you're having with the scene and focusing it on how to express it differently can free your mind to make connections you'd not been able to make before. As an example, say you're writing a scene between two main characters in a mystery. How would the interaction play out if it were written in a romance novel? Ah, the sexual tension. What would happen if you added that element here?

Use It to Generate New Ideas

This goes hand-in-hand with the previous point. When you observe through the lens of a different genre, you'll generate new ideas. Let's say for example that your genre is horror, and you're just not generating any new ideas. Pick a new genre, perhaps Sci-Fi. Now throw in a little bit of horror in a Sci-Fi setting, and you've created something like Aliens or The Sphere. A lot of break-out novels cross genres like this. I hate to offer this up as an example, but the Twilight series was a very effective match between Romance and the Supernatural. Whatever you think of the writing in those books, the genre-mixing obviously resonated with a lot of readers!

Broaden Your Use of Techniques

What's so great about Suspense novels? They keep you turning the pages because the tension is kept high. You are desperate to know what happens next. You can learn how to use literary devices and techniques by experimenting with other genres that can make your own writing more powerful and deeper.

Let's say your current genre is romance. Now imagine ways that you can make your story even more compelling using techniques common to Mystery or Suspense/Thrillers. Add layers to your characters by moving beyond the love story narrative and adding compelling backstory and subplots: does your love interest have a dark secret in his past that is revealed a little at a time? Does your heroine have an ulterior motive for making this man fall for her? The more compelling and complex you can make your characters, the more captivated your reader will be. Use techniques to captivate your readers by creating 3-dimensional characters.

Use It to See Things Differently

Let's say you're working on a scene for your Thriller, and you just can't get the emotional connection between the two main characters right. Try writing it as a poem. No, seriously, just try it. You'll see details you hadn't thought of before, and you can use elements that you've uncovered in writing the poem to make your scene more emotional. Anytime you need to interject a little emotion into a scene, try it first as a poem.

Use It to Find a Story

Imagine that a great character pops into your mind fully-formed. Now what can you do with her? Try writing a little creative non-fiction to find a story. You've had many experiences in your past that you can draw from; the secret is in knowing which ones will resonate with readers. For example, you took an Alaskan cruise recently that was fantastic, but nothing really unexpected happened. When you sit down to write a creative non-fiction essay about your cruise, you'll drill down to the essential ideas and find the story that will resonate with readers. Suddenly you remember the little girl who dropped something over the side of the ship and was inconsolable. Now you've got the seed of a story to go along with your fascinating main character idea.

Use It to Release Pressure

When we're writing in our genre, we can feel pressured to get it just right. But when you write in another genre, you don't feel that pressure because you're doing it for fun, to learn something, and to try something new. Nobody ever has to read it; it's for your eyes only. This gives you freedom to write whatever you want. And when you feel free to let your imagination roam, magic can happen.

We quoted Diana Gabaldon in our recent post When to Swim Against the Flow of Popular Fiction. Here is what she said on interviewingauthors.com about writing the Outlander series:

Try writing scenes as poems. Or try writing some creative non-fiction to source new stories. But more importantly, try your hand at a new genre. You'll be able to tap into new emotions and experiences that will inform your writing, and you can also identify holes in your skills set that need improvement. Finally, you'll learn a thing or two that will bring depth to your work, and you'll grow as a writer.

What genre would you like to try? Have you ever tried writing outside your genre? If so, how'd it go? Let's get a discussion going below.

If you enjoyed this article, please share this with all the writers in your life.

Read this next: Are You a Couture Writer? Or a Word Spewer?