Me and My Dyslexia: An Author's Story 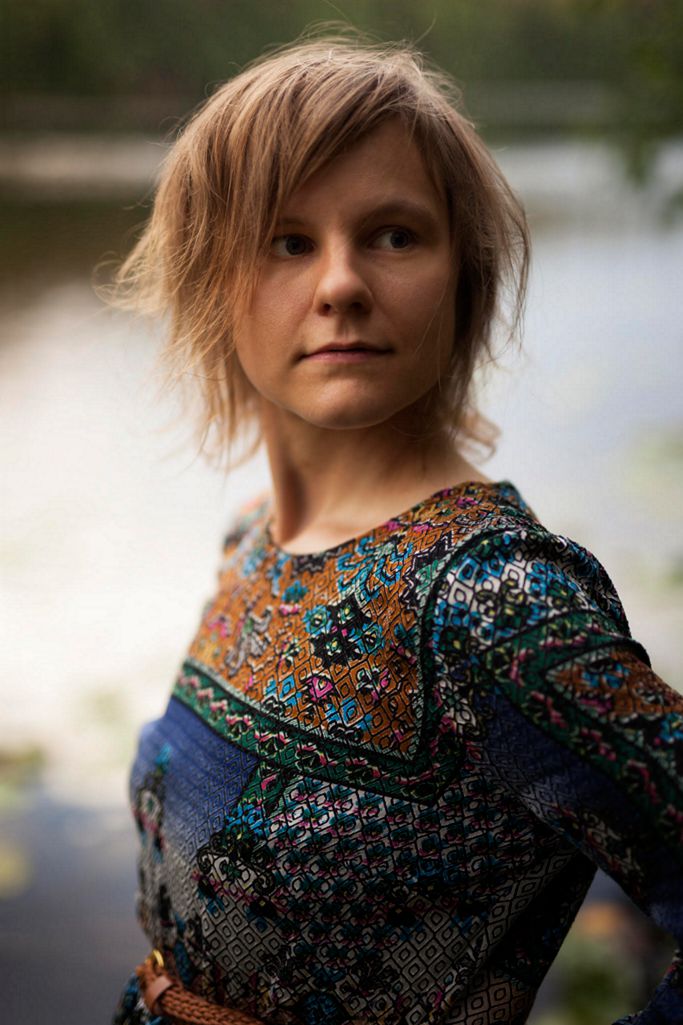 I have dyslexia. Phonological dyslexia, to be precise, which may cause difficulties in reading, manipulate the basic sounds of language, and result in grammatical errors.

That would have been hard to write five years ago. Even now my stomach feels queasy (I just wrote squeezy; thank you, brain, that wasn’t what I was going for!).

My history with dyslexia comes which a heavy package of shame, embarrassment, and self-hating beliefs that I am lazy and stupid.

This post is not a pity party, so I won’t go into more detail than to say I went to a school where my teachers were a bit ignorant.

Writing With Dyslexia: Surviving the Stigma

Only later in my life was I diagnosed with dyslexia, but the damage was already done to my mental state.

I thought I couldn’t write; that it was off limits to me despite the fact that I had always loved stories, had an overly active imagination, and had a deep yearning to fantasize.

I pushed my dreams away, went to school, to university, and hoped to get a job. I don’t know what kind of job—something meaningful which would pay the bills and make me happy.

That didn’t turn out the way I thought.

I graduated amid the worst economic situation this century had seen. I supported myself with a dead-end job and resented it. I was at a point in my life where I had nothing to look forward to. I was in a dark pit.

My husband—what an amazing human being—pushed me to write. "You have always wanted to. I know you can do it," or something along those lines, maybe with a hint of poetry. And after years of ignoring his encouragement and saying, “I can’t,” I started writing. I pushed past the fears and inadequacies which had prevented me to pursue my passion.

Getting Past the Fear of Writing With Dyslexia

I wrote a children’s book. Then a full-length novel (never published). A second unpublished novel. And now I have two self-published novels and a third on its way.

I got better with every word I typed, and even better at spotting my errors. (Also, maybe I should mention I’m not a native English speaker. I’m Finnish, but I instantly knew I wanted to write in English as it was my preferred reading language and, you know, it’s just better if you want to get your words out there in the universe to amuse some and enlighten a few.)

Ever since I started writing, I have written every single day. But the thing is, I still have dyslexia.

Early on, I knew I needed help. I couldn’t keep hiring an editor at every point of my process, and I also wanted to learn what my weaknesses were. So, I searched for an aid to help me, and I came across ProWritingAid.

I just checked, and my seventh-year anniversary with ProWritingAid was February 12th this year. I bought the lifetime subscription, and I haven’t regretted it.

We both know I’m writing this post for ProWritingAid, and we both know this works as a user testimonial. I honestly don’t mind. I don’t think this aid is a must to every writer out there or for everyone with dyslexia. It isn’t. But for someone like me, I wouldn’t be here writing this without it. And I mean it.

It built my courage to put my writing out there as I knew it helped me to better my craft, notice my mistakes, and fine-tune what I wanted to say.

It’s a huge thing for someone with dyslexia. I’m blind to my own words (less so now, but it has been a long road to this point).

Can you imagine being a writer and you have to double-check everything you type; suspect your every letter, sentence, and syntax choice? You have to have this almost paranoid mentality.

I really needed something to ease my load, help me spot my mistakes, and lessen the fear of putting my words out there for others to read and judge.

Someone out there who is or has been in my shoes knows the fear I’m talking about and how crippling (not cribling, brain—not a word) it can be.

The workers who change light bulbs on the tallest buildings have a harness and safety measures. Why shouldn’t writers?

How Do I Use ProWritingAid as a Dyslexic Writer?

ProWritingAid has come a long way.

It was clunky back when I started. It was easier to do the reports one at the time, but now it’s more intuitive, and it instantly shows me my grammar, style, and spelling issues: mistakes which could make my writing seem unprofessional and alienate readers.

ProWritingAid’s suggestions appear as you write. You just click on the suggested change, and it inserts it into your text:

Every time I finish a piece, I check the basic errors and clean up my text. Unfortunately, there are some mistakes the aid won’t catch as well as I would need. Mostly they are with articles and sometimes with prepositions (missing or confused). I have to keep messing with those, but it’s better than nothing.

Sometimes I have to be careful with the suggestions and go with my pattern of speech. That’s the thing; it’s an aid and not a must. As a writer, I decide what goes and what doesn’t. The difference is to know if you are breaking a rule on purpose or breaking it accidentally. It took me a long time to understand this.

Language is fluid construction, and it’s difficult to create a program which gets all the nuances. That said, I have my aid set to creative style and American English, so it knows what my preferred language characteristics are.

Using Writing Tools as a Writer With Dyslexia

To win this game, (there is no game, though writing feels like one sometimes!), the reports are key.

Some of the suggestions can be challenging. For me, this is especially true for the Overused Report. The answer for me is not to abuse the built-in Thesaurus, but to think about what the suggestions mean for my writing as a whole.

With my last short story, it showed me I was overusing the word see, meaning I was engaging only one sense out of the five. Good writing uses all of them: taste, smell, sound, sight, touch—and, I would add, the eerie sense, and our ability to sense our posture changes.

What I want to point out is that ProWritingAid isn’t there to tell me I have done something wrong.

It’s there to ask questions: "Is this what you mean?" or "Did you miss something, like the infamous the?" or "Could you stop abusing the words maybe and but?" and "What is it with all the see verbs?" Questions I clearly need.

There are more fancy things I could do with ProWritingAid like check out the structure of my chapter and so on. I blatantly ignore those things, because I think I know what I’m doing (an illusion, if any!).

ProWritingAid and My Writing Process

A quick word about how I use the aid before I wrap this up. I have the program on my desktop. It can read my Scrivener files (a writing program I use for my books and pretty much everything). The compatibility of those two programs makes writing so much easier.

When I started, I wrote with Google Docs. You can get ProWritingAid to work there as well, but I switched to Scrivener as it’s more suitable for long novels with different parts and has all the fancy features you need. 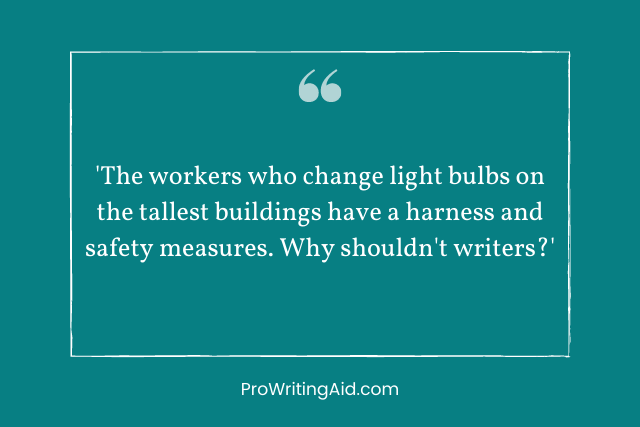 I’m a Writer With Dyslexia

So, I have dyslexia. It’s not the end of the world as I thought it to be. A couple of readers of my second book, Penny for Your Soul, commented on the language and how excellent it was (for their liking, as language is subjective).

I would have never thought it would be possible. I still don’t think it is, but that’s my brain telling me lies.

But it felt good, it actually did. Those were my words, the world I created, and readers enjoyed it as a whole from the prose to the characters to the story—and the jokes! (I write humorous fantasy or satire, poking fun at human behavior and how it impacts our politics and economy.) My "curse" was lifted.

Okay, it wasn’t lifted entirely, I still have dyslexia.

It will never go away. My brain interprets sounds it receives differently than the norm, and I have to be okay with that. "So it goes," to quote Vonnegut.

But it’s not about the state of things, it’s about how you react. I reacted after the encouragement from my husband to write and use tools like ProWritingAid to help me with it.

Now as I look back, I should have started sooner. But fear can be crippling. The stigma of having dyslexia came with a mentality of saying I can be this and this and I can never be that or that.

K.A. Ashcomb lives in a small town in Finland. After acquiring her MA in Comparative Religion, Social Psychology and Sociology, she found herself working part-time behind a shop’s counter. With tons of free time on her hands, she began to write about gods, unfortunate heroes, and other jerks. She self-published her first two novels, Worth Of Luck and Penny for Your Soul and her third book is on its way. When she isn’t writing books or crafting short stories for her blog, you can find her in the local forest reservation shooting macro-photographs.