The Art of the Frame Story 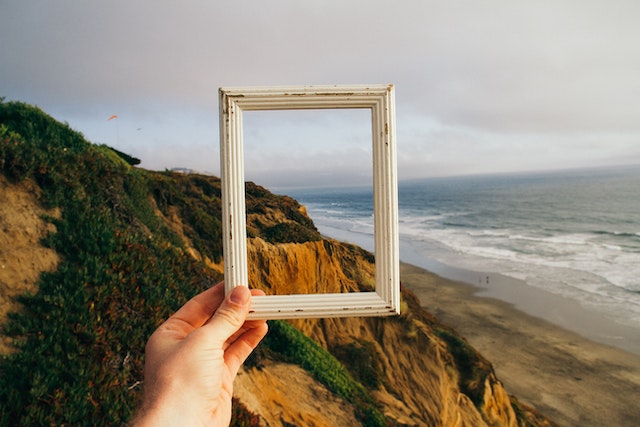 There are many ways to tell a story. The frame story is one of my favorites.

But what is a frame story, how does it work, and why would you write one? Let’s explore in this article.

What Is a Frame Story?

As the name suggests, a frame story is a narrative in which one story fits outside another. Another colloquial term is "a story within a story." Generally speaking, frame stories begin their first act with a larger narrative, then shift to a second act concerning a distinct yet related story, and conclude by returning to the larger narrative. Think of a frame around a painting.

Frame stories have been around a long, long time—as far back as ancient Egypt and India. Other early examples include One Thousand and One Nights and Chaucer’s Canterbury Tales.

It’s quite a fun technique, both to read and write. Let’s dig deeper.

Why Use a Frame Story?

First off, frame stories fit well on tales driven by theme and subject. Many frame stories begin with a theme introduced in the first act, the theme further explored and examined in the second, and finally resolved in the third act (which often returns to the frame).

A classic example is the film The Princess Bride. It begins with a grandfather reading a story to his grandson (the frame). Throughout the story-within-the-story, Westley, the protagonist, repeats the phrase "As you wish" to Princess Buttercup, the woman he loves. Finally, when we return to the frame story in the final act, the grandson asks his grandfather if they can read the story again. The grandfather’s answer: "As you wish." Here we see the theme of love explored through the framing story and connected by that simple three-word phrase.

Note that the stories in The Princess Bride don’t exist in the same world. The grandson and his grandfather never directly interact with Westley and Princess Buttercup. The theme ties them together—but other frame stories can be connected more directly.

Take, for example, one of the coolest short stories I’ve read recently: Neil Gaiman’s Murder Mysteries. In the story, our narrator arrives in Los Angeles to meet up with a woman. After doing so, he wanders the city and runs into a man who sits down on a bench next to him. This man introduces himself as Raguel, and launches into a story. (Spoiler alert: skip to the next section of the article now if you don’t want to know what happens next!)

Raguel reveals that he is one of God’s oldest angels, and his function is to dole out vengeance. He’s tasked with discovering how a fellow angel was murdered. At the climax of his story, Raguel discovers the guilty party (an angel) and punishes them. He does so by kissing the guilty angel with a kiss of fire, which obliterates him into nothing.

We then return to the frame story with a burning (sorry for the pun) dramatic question: Will Raguel kiss the narrator now, too? He does, though there’s no fire. Just "[a feeling] like he had taken something from me, although I could no longer remember what." In the closing paragraphs, we discover the narrator murdered the woman he came to visit. So, the totality of the two stories imply that Raguel is perhaps no longer delivering justice the way he used to.

How to Use a Frame Story in Your Writing

I recommend two possibilities: Either intentionally craft a story around this style, or apply the style to a story that fits it. The former is a fun experiment in storytelling and might very well lead to an exciting tale. The latter is a little harder to come by, since not every idea will function as a frame story.

Here’s an idea: You could always search for thematic overlap between two stories, then combine them. You’d need to add some connective tissue between them (chiefly an explanation of how the stories relate). But if you can do it, you might have a great frame story on your hands.

There’s a reason this style of storytelling has endured so long. It’s versatile, unique, and entrancing. If you like reading frame stories, try writing them. I’m sure you’ll be pleased with the results.

Find our how to leverage short stories in your writing career in this webinar replay:

We host a variety of free trainings for writers every month. Find out more about our upcoming sessions here.