Why a Bad Ending Can Ruin a Great Story

I’m about to spoil a simple magic trick for you. If your kids are reading over your shoulder, go tell them to clean their room or something. Then you can use this to impress them later.

A magician holds up a deck of cards in front of your face. He says he’s going to throw all the cards at you, and you should pick one out and remember it.

Squeezing his fingers together, he fires the cards forward, one at a time, in rapid succession, until his hand is empty.

You pick the seven of clubs. That’s the one you remember seeing the clearest.

The magician looks into your eyes and says confidently, “The seven of clubs.”

Amazing! How did he do it? Is he a psychic?

He’s just taking advantage of a known psychological trick and using it to look like he can read your mind. When he put together the deck, he made sure that the seven of clubs was the last card.

That way, when he shot all the cards at you, you would see the seven of clubs last… and that’s what your brain would remember.

This principle of the brain actually tells us something really important about writing: you always remember the ending.

When Hemingway wrote A Farewell to Arms, he rewrote the final sentence over 40 times.

Why? Because he said he was chiefly concerned with “getting the words right.”

Hemingway understood something very important: the brain generally attaches the quality of a piece of work to the ending.

It’s kind of like an Olympic vaulter. You can put together the performance of your life, nailing every spot. But if you don’t stick the landing off the pommel horse, and you stumble, your score sinks like a rock.

Think about some of these stories and how the endings affect the public’s perception of them (SPOILER ALERT: I picked movies and stories that are old by at least several years, but just be warned).

A small village of settlers live in constant fear of a monster that moves around the forest at night, keeping them confined to their homes. It was a pretty gripping movie… until you find out in the last 10 minutes that the monster is made up and the leaders of the village use the story to keep villagers away from the edge of town, where they would learn it’s actually 21st century America. The twist eliminated all the stakes of the movie.

This is a fine dystopian movie about a man and his dog trying to save the planet from a virus that turns humans into monsters. But the ending – Neville blows himself up to stop the monsters – was forgettable. The alternate ending (provided by the book) reveals that Neville is “legend” because the monsters all view him as the monster performing experiments on them.

To change the events that happened in the movie, Superman flies around the world so fast, he reverses the planet’s rotation, thus reversing time. The events go back, and he gets a second chance to save the day. Do I have to explain why this ending is terrible?

Look, if you saw any of it, you know what I mean. The first movie is brilliant. The sequels turned it into a confusing mess. This movie trilogy could have been legendary for generations, but they messed that up really quickly, making it easy to ignore.

The book had so many unique aspects to it that captivated readers… but it was all a dream in the end. Cliche, and it again hurts its impact.

I know a lot of people love this film/movie, but I will take a controversial stand and say they are wrong and I am right: the ending is awful. Everyone in the story is awful, and they all are awful together, back where they started from, except they all know that they are awful. Nothing changes, nothing in the previously very interesting story has any consequence, and… well, awful.

If you want to avoid these fates and create stories that are memorable that people will want to return to and recommend without saying, “It’s good, but the ending was a letdown,” then let’s learn the ways you can stick the landing. 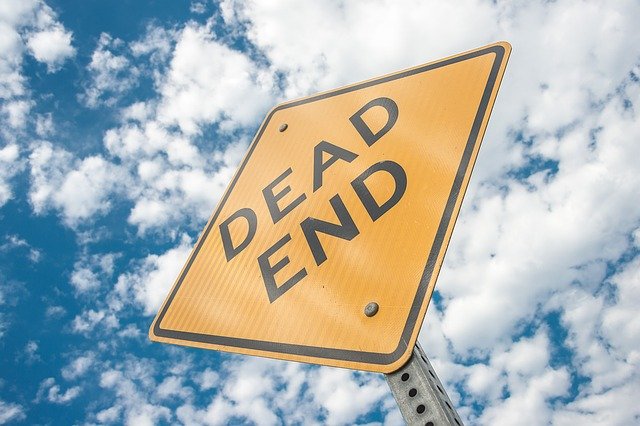 Write an Ending That's Right for Your Book

Pretend you’re writing a romance triangle story between a marketing executive, his assistant, and the girl that works at the coffee shop around the corner from his office.

You have set up the coffee shop girl as the protagonist, but in the final chapter, she’s sitting in the congregation as your marketing executive is about to marry his assistant. She’s filled with despair and regret, and it seems like there is no way out of this sour ending.

Suddenly, the roof of the church is ripped away by a swarm of aliens, who dive onto the bride and eat her alive before flying away.

Shocked, but relieved, the groom turns to your protagonist in the audience and admits he loved her all along. They get married. Happily ever after.

What’s that? You didn’t write anything about aliens in your book prior to this scene? Then why would you end the book this way?

Sometimes, writers try too hard to write a twist. If you aren’t true to what came before the ending, then it will fall flat.

That’s not to say that plot twists are bad. It’s just that the aliens-eating-the-bride example doesn’t work because it’s the wrong kind of plot twist.

If you really wanted to end a story that way, fine, but then you need to set up the existence of aliens and hint at their desire to hunt down the bride somewhere earlier in the story. I won’t attempt to do that here.

The key is to make a plot twist feel natural. It has to be a forehead-slapper, “OF COURSE” moment for your reader.

Stories are about characters and their journeys. Any good story arc leaves your character in a different place than before – and it demonstrates how the plot has affected them.

If you can change a character in a natural, true-to-the-plot way, you can create a really satisfying ending.

When your character doesn’t change, it takes a lot of the impact of the story’s events away. There isn’t a real point to telling a story if it doesn’t change things, and readers are often disappointed.

I think that’s why Gone Girl frustrates me so much. When you create such an interesting storyline and build it so hard, only to leave the main characters in pretty much the same spot, you’ve softened the blow. The story has no point. It’s just being cute for cute’s sake instead of trying to tell a satisfying story.

Building on that, a bad ending renders the whole story meaningless.

Who cares about the village in The Village anymore when you realize that all of it is made up? There were no life-or-death stakes at any point in the story. That’s what hurts it. All the danger was made up and never existed.

At its worst, a bad ending makes the reader feel silly for getting invested in it.

It’s why so many people were frustrated at the end of Star Wars: The Last Jedi. They spent large amounts of the story showing Finn and Rose on a different planet, risking life and limb for something that ultimately they didn’t ever need and had no use for in the end. It was a silly way to end that storyline because now, upon rewatch, their whole storyline is a waste of time.

You can’t do that. Don’t ever, ever, ever make the reader think they wasted their time with your story. They won’t come back if you do.

I’m fine with cliffhangers. I use cliffhangers in my stories all the time. I like to lead one story into the next.

But that’s because I have a next story.

If you’re done with a story, end it. Don’t try to be clever setting up some “The End… Or Is It?” ending. Unless you’re sure that you’re writing another story, you need to end the story you’re telling.

And even if you are writing another story and need to set up a cliffhanger, you need to end part of the story at least. There has to be a reason why the book or movie ends. It can’t just be, “So I can get on writing the next one.” Have a purpose for ending the story there.

Then you’re free to set up the next one, if you want.

Ultimately, your ending will make or break your story. Tie it in with what you’ve already written, be true to the plot and your characters, and make it satisfying to your reader.

Otherwise, it will be forgettable at best, and frustrating at worst. Neither of those reactions is what you want.

Now, go get a deck of cards and show your friends how you can read their minds. And when you go to write the end of your story, keep that principle in mind.