TAGS:
writing fiction
how to write a novel
writing style 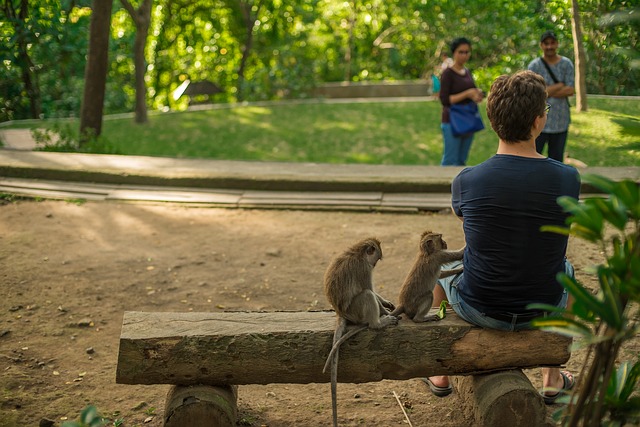 I want to tell you a secret.

Make sure nobody’s reading over your shoulder. I don’t want this getting into the wrong hands. It’ll destroy what little reputation I have and it will turn all of my readers against me.

My murder mystery series is not an original idea!

That’s right: the story of Charlie Hardwick and his efforts to solve murders around the city of Chicago while secretly unraveling the conspiracy that put him behind bars for murder is actually a story that already existed.

It was a TV show called Life.

Life ran for two seasons more than a decade ago. It was a brilliant show starring Damian Lewis as a homicide detective who just got out of prison for a murder he didn’t commit.

I adored Life. I don’t like a lot of procedural cop shows, but this one was so different in tone and execution. I was fascinated by the story, and Damian Lewis is just a darned fine actor. His pairing with Sarah Shahi was pitch perfect.

Then, its first season was cut short due to the 2007 writer’s strike.

When Season 2 started, I was on board. I couldn’t wait to see where the story would go. But network TV didn’t know what they were doing with it, so they shuffled it around the schedule, it got low ratings, and they announced that they weren’t bringing it back.

This wonderful, wonderful show that could run for years (in my mind) had to wrap up their entire spiraling plot line by the end of Season 2.

It remains, to this day, the great injustice of network TV. It should have had more.

When I decided to start writing a fiction series, two things rattled around in my brain: different weird ways that people can die (I don’t know what that says about me) and the storyline of Life.

So I made the decision: my series would be an homage to Life.

His partner, Sarah Bryer, is a tribute to Crews’ partner Dani Reese, played by Sarah Shahi.

The main conceit was there. I created most of the main characters in the story based on characters that were in Life.

But I knew I couldn’t just copy and paste everything. There had to be some differences. I thought about what might be more interesting to me to write about.

Charlie Crews got millions of dollars in a settlement. Charlie Hardwick turned down a big settlement.

Charlie Crews lived with an ex-con who was busted for embezzling. I took out that entire character and storyline.

And most importantly, I had to think about the conspiracy. That, ultimately, is what drew me to the idea of writing that story: what if the writers had more time? What if they could have had a few more seasons to run before quickly wrapping it up before they ran out of episodes to film?

Where would I go with the conspiracy if I had unlimited time and space to do so?

I twisted around the story and played with it until I had something that I felt was compelling and would be fun to explore. And I added the constant threat of surveillance to Charlie Hardwick, so that those responsible for his imprisonment could foil his investigations and stay one step ahead of him.

These ideas grew and grew, and as I wrote more stories for the characters, I started finding ways to inject my own touch: Charlie Hardwick’s love of scotch, the media coverage of his case, and his bond with his partner.

The more I wrote, the more original the story became. As I write this, I’m working through my fifth book in the series, and I’ve spent far more time and space developing this idea and exploring it than the writers of Life were able to.

It’s an unoriginal idea that has become my own.

But it started as a ripoff.

This is not a bad strategy!

When I sat down to work on Framed, the first book in the series, I knew nothing of the characters that I wanted to develop. Heck, I didn’t even know how to develop characters!

Despite being a Creative Writing major in college, I was remarkably bad at writing fiction. I love reading and writing non-fiction, but fiction was a different beast. I needed a starting point to build from.

That’s why I started with Life.

I had no writing voice in the fiction arena. I had never really written long-form fiction. I needed time to develop it.

When you start with someone else’s ideas or styles, you give yourself a place to go. The only way to develop a voice is by writing – and copying other writers’ styles is a great way to get the resistance out of the way.

Going back and reading those early stories amuses me because they sound very close to what the TV show was. But over time, in Books 2 and 3, I began taking risks, inserting character quirks, and placing these characters in situations that they were never in before.

I didn’t realize it, but I was developing my own unique voice and writing style. I was putting in the reps, and they were paying off. 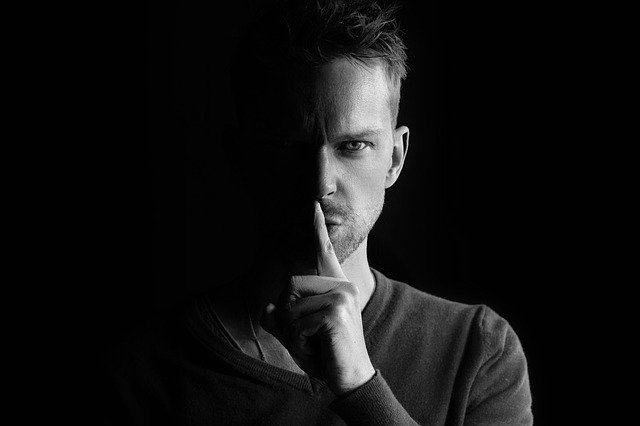 This is also not a new strategy

When I first started admitting this to people, I felt a little weird about it – like I was a failure because I was ripping off an already-existing story.

But writers do this all the time.

In Ben Franklin’s autobiography, he wrote of reading a fascinating article in the newspaper: “I thought the writing was excellent, and wished, if possible, to imitate it.”

Jack London copied Rudyard Kipling. “As to myself,” explained London, “there is no end of Kipling in my work.”

William Zinsser, the author of On Writing Well, actually urges writers to read and copy other people’s works. “Writing is learned by imitation,” he said.

Keep going back in time! William Shakespeare borrowed heavily from 1st century BC Roman poet Ovid. He even borrowed a lot of the plots of his stories from world history and ancient Roman playwrights.

So you see, I’m doing exactly what Shakespeare did. I expect to have that same level of talent, admiration, and influence for my works in the coming years (that’s how that works, right?).

Of course, it’s not as simple as just telling someone to copy other works. You have to follow a few basic rules in order for this approach to be effective.

3 golden rules for copying other writers

There is no such thing as a masterpiece or a story that is 100% original. Every story comes from somewhere.

But don’t just rest on the copying side of the equation. You have to put in some work, too. Specifically, here are three rules to keep you guided as you go through this process:

As John Milton said, “Copy from one, it’s plagiarism. Copy from two, it’s research.” Combining styles could help you develop something unique. And it won’t come across as shameless.

Change the story. Make your own decisions about wording in some spots. Take some chances. Instead of being a direct copy, try to experiment with it – and then it becomes an influence instead.

As I said, the only way to develop your own voice is by writing. Copying is going to get you started, but then you have to take the ball at some point and run with it.

Sometimes it can be difficult to know why an author’s work is so great. What is it about the language they use or the way they structure their scenes that makes you want to keep reading (or watching, in my case)?

ProWritingAid can help here. Go to your account settings and scroll down to “Author Comparison.” Select your favorite author from the drop-down, and hit save.

Then, when you’re editing your writing, run a summary report. You'll see how your work compares to that of your favourite author when it comes to: 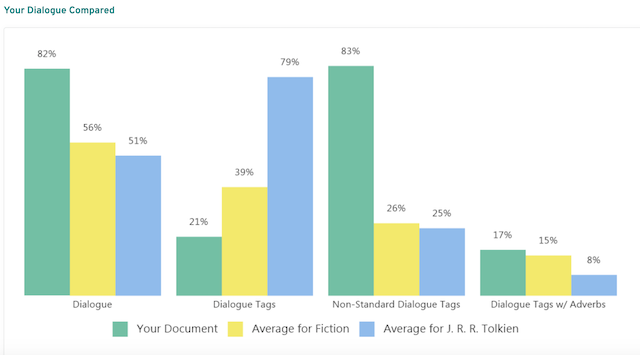 You can use this information to work out which areas to focus on in your writing to help achieve the same effects without directly copying their work.

This feature is part of our new Summary Report, which we’re rolling out to users now. If you can’t see your author comparisons yet, you will be able to soon.

Your voice will develop naturally

This is the good news.

If you start out copying your favorite author’s style and word choice, at some point, you will naturally start gravitating toward your own voice. You can’t write thousands and thousands of words over months and months without developing some kind of unique personality to your writing.

And it all starts from stealing. So go ahead and copy some writers. You’ll get your own style as you go.

Maybe someday, then, an aspiring author will start borrowing from your work to develop their voice!

wendygoerl
Never heard of "Life." You're lucky. The last 50-60k I"ve been inspired to write has been fanfic of very well known anime. Though I could probably gain some author cred putting in it up on a free site (if I ever get them completed), I'll have a devil of a time "filing the serial numbers off" to make any of them into marketable stories.

amy.cohen
Thanks for sharing your perspective!