5 Steps to Craft a Great Villain 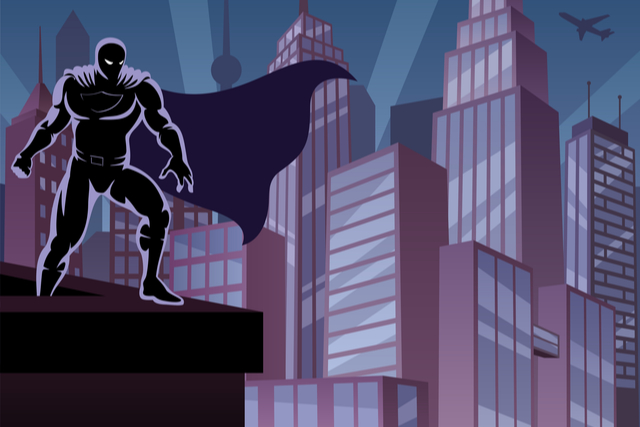 Writing a great book that readers want to pick up and read, or even re-read, usually involves writing amazing characters people can relate to. That includes writing villains who are relatable.

It might seem counter-intuitive, but from what I’ve seen through my own reading and research, villains simply can’t be one-dimensional… readers pick up on that and don’t like it. That brings us to the question: how do you write the perfect villain for your story?

In this article, you will learn:

Just a note, ‘villain’ in this case refers to the antagonist of your story, even if they aren’t totally evil.

Step 1: Research Villains in Your Genre

I’m a big fan of research – when you arm yourself with enough information, you are much less likely to make mistakes. That applies to everything from writing non-fiction, to researching keywords for your ads, to writing the perfect villain in your book.

So, how do you research the villains in your genre? Well, this can be as simple as heading over to Amazon, searching the Kindle store for your chosen genre, and reading the best-selling books. Arguably, this is pretty time-consuming, but if you’re already well-read in your genre, figuring out what type of villain your genre commonly has won’t be too much of a challenge.

Here are some questions you can ask while you do your research:

Once you’ve noted the answers down, you’re ready to move on to the next step.

Step 2: Figure Out the Traits of a Good Villain

With a bit of extra research, it was pretty simple to find the traits of a ‘good’ villain. And by that, I don’t mean a villain who necessarily does good things, but one that people will enjoy reading about. Someone they will love to hate.

Now, the traits of your villain might differ from genre to genre, and if they do, you need to note them down as you did in the first step. Here are a few traits of well-crafted villains you can use in your story:

They have a backstory that’s turbulent or dark

As the reader, you can kind of understand why they behave in the terrible way they do, even though it doesn’t make their actions right.

They have likeable character traits

That doesn’t mean they’re likeable overall, but there might be some parts of your villain that are nice. After all, not everyone is all bad. Their qualities don't have to redeem their evils, but the good qualities should be there.

Their goal is opposite to your protagonist’s goal

Usually, a villain and a hero have opposite and equal goals. Emperor Palpatine wants control and the Resistance (with Luke) wants to free everyone.

No dumb villains alllowed here, folks. That’s because if they’re not smart but they can outsmart your hero, well… what does that say about your hero?

They have terrible qualities, too

They can be jealous, revenge-seeking, cruel, and selfish. All the nasty things you want to throw into their character can hop on board – there’s room for ‘em!

As I filled up my ereader with books from the genre I was researching, I found these traits were pretty common in some of my favorite novels, and you’ll probably be able to pick them out too now that you know what they are.

Step 3: Craft a Good Backstory for Your Villain 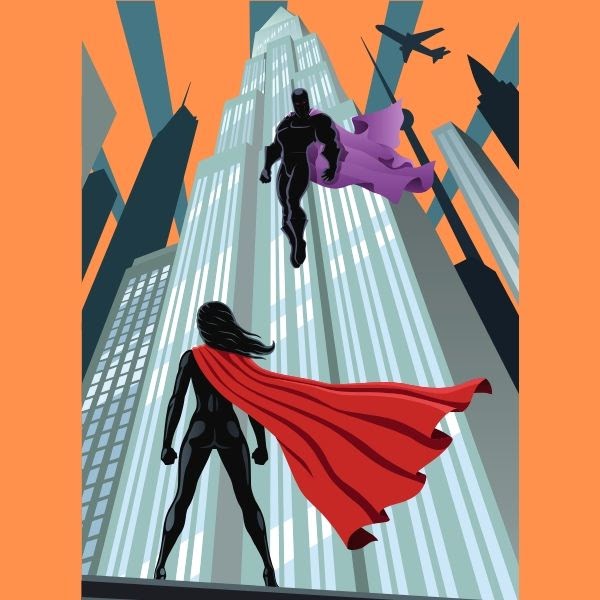 As mentioned above, one of the traits of a really believable villain is having a good backstory. This means, their backstory kind of makes what they’re doing understandable (not totally though). If they want control, there must be a reason for it.

But how do you create a good backstory for your villain? Here’s a checklist of things you can do to craft a backstory for an antagonist that makes sense:

Perhaps the most important part of crafting your villain is knowing what they want to achieve and having a good reason for that. And it probably shouldn’t be that they want it just because the hero wants the opposite.

Usually, a villain’s goal is equal and opposite to the hero’s but is driven by that awful backstory they had. Here are a few examples you can reference when crafting your own villain’s goal:

Once you have a strong motivation that makes sense and can possibly inspire empathy in the reader, you’re definitely on the path to crafting a great villain! 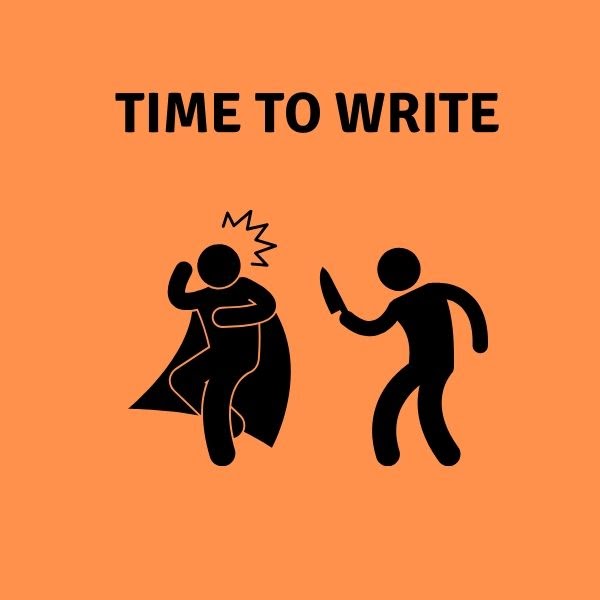 Now that you have your villain ready to go, it’s time to write him or her. That might be easier said than done though.

So, here are a few things you can do to get in the mood to write your villain and to ensure you do a good job of it:

Set up a villain playlist

This is one of the most fun things you can do when writing a new book. Set up a playlist of songs that remind you of your villain or invoke a sense of their attitude or personality. Listen to it while you write.

Keep a notebook of quotes from your villain

You can come up with these quotes before you write your story or when you’re in the thick of it. When you get stuck, you can check them out. They might just give you some inspiration.

Free write in your villain’s perspective

If you’re going to tackle a big scene that features your villain, you might want to spend a bit of time before your writing session just writing in your notebook from the villain’s perspective. It might help you get into their head.

Keep your character questionnaires to hand

Those character questionnaires and write-ups you did earlier will be helpful tools. Whenever you’re unsure of how your villain should behave in a given situation, you can check them.

Writing a villain doesn’t have to be evil. With the right motivation and background, you can create a villain that’s believable and easy to write. Start out with these steps and see where they take you.

**Dave Chesson is the founder of Kindlepreneur.com and creator of Publisher Rocket, a software that helps authors market their books more effectively.

thesonofjimbo
I plan on writing a story, this is the summary of my villain: Jack Brooks, commonly known as Mr. God, is a bully in Mantis Private School. He is the son of the late crime boss, Jake Brooks, the most evil one in the city. He sees to destroy his school as a psychological experiment. He is also Richard Johnson's archenemy, the son of his father's archenemy, Commissioner Johnson. He also likes to break the 4th wall. Jack was a young boy when his father put a gun on his head. He was scared. He begged his father for mercy, telling that he is his legacy, to which his father dropped the gun. This is the first time Jack was scared in his life. He asked his father what he was doing, to which his father answered he was begging for mercy, something people do when they are in fear. He asked his father what fear is, where he earnt it is an emotion people feel when scared. From that day on, Jack wanted to know what other actions people do. He got the push when he heard his father begging for mercy before his death, which to him, was not someone who shows fear. He wasn't hit by his father's death, but was ashamed that he was a coward. Jack adopted the alias Mr. God, used his father's fear toxin recipe to terrorize the school and bully the students by injecting toxin into them, seeing what they will do. Mr. God wants to see if people make destructive choices in fear and till what range. He predicted a 4-way clash between him and 3 other teams, which can serve as a diversion for him to unleash his toxin throughout the school and see of someone presses the detonator. In case it fails, to cover up the embarrassment on the failure of his experiment, will detonate the bombs himself. So he set up his main pawns, he introduced a girl with abusive parents called Emma to pranking to cope up with her abusive parents, which shaped her to be a mean cold hypocritical leader of the Anti-Bullying committee. He also swapped her diary with another book and use the humiliating punishments her parents give to threaten her, even threatening her by doing them t her himself. Then for his second pawn, he used his fear toxin on Siddharth 'Sid' Abimanyum to make him kill his father thinking he is a gunman wanting to kill his friend Arthur, which paved way for him to become a bully. And for his 3rd and his most worthy adversary, he assassinated Richard's father, bullied him, made him lose an eye and pushed him down the stairs, shaping him into the school's superhero, the School Knight. He killed his mother to get his family factory to produce enough toxin to for his experiment. He used the conflict between his enemies to put his experiment on motion. He nearly one, with even exposing Richard's secret to the world. But like his father, he was a coward, which showed when Richard managed to be free and gets his own toxin injected into him, humiliating himself. He is then apprehended to the cops, being lucky that his death-worthy crimes is charged with life sentence since Mr. God is a teenager and not an adult. Despite Mr. god having good intentions to study and understand more about the emotion fear, but that only makes us understand his villainy and never justifies it, as in spite of such well-intentioned reason, Mr. God is one of Mantis City's most evil criminal, with only his father rivalling him Please comment if I have written a good villain.