Nothing is Sacred: How to Break Writing Rules

We've all seen The Office by now, right? I don't need to write a big introduction of the concept of the character Michael Scott, do I?

Okay, I won't. But what I will tell you that seems to be forgotten in today's meme-and-GIF-crazy world is that The Office was a remarkably groundbreaking show in the United States at the time of its debut in 2005.

Fifteen years ago, *The Office *landed in a time when TV comedy was dying out. Virtually all comedies had loud laugh tracks or studio audiences, and a lot of the humor was in rapid-fire jokes.

The Office made humor without the jokes. It was unheard of at the time.

Here's an example. In the season one episode, "Health Care", Michael is tasked with coming up with a cost-cutting new health insurance plan for his employees. Because he hates disappointing people and dealing with confrontation, he passes the task onto Dwight, the Assistant (to the) Regional Manager.

Dwight begins cutting almost all benefits to get the cheapest possible plan, and the staff start voicing their concerns to Michael. In what would become one of his trademark attributes, Michael blurts out that he has a surprise for his staff at the end of the day.

The kneejerk reaction deflects some of the staff's frustrations, but only temporarily. Now Michael has written a check with his mouth that his butt can't cash.

He spends the remainder of the episode making frantic phone calls, trying to find a surprise that would be worthy of the hype. At one point, he attempts to give the staff ice cream sandwiches, but to his frustration, they make it clear that ice cream sandwiches would not make up for the lousy day they've had.

At the end of the work day, the staff circles around Michael to find out the surprise. Of course, he has nothing. So he says that the surprise is... and then he stops talking.

From The Office: The Untold Story of the Greatest Sitcom of the 2000s:

The scene in "Health Care" where Michael pauses after promising to deliver a big surprise lasts an excruciating one minute and thirty-five seconds.

Ken Whittingham (the director of the episode): It was written that we would take this long uncomfortable beat since he didn't have anything and he knew he didn't have anything. It was just a super, super-long beat where everybody just sort of slowly just kind of walked out of the room and left him there. One of my biggest concerns was like, "Wow, is this a long time for this uncomfortable silence? How does this fit into this twenty-one-minute or twenty-two-minute show?"

It's a great scene, but it also broke a huge rule of network TV at the time: you couldn't have just pauses with nothing happening. More than 90 seconds of silence in a twenty-two minute show just didn't happen in 2005.

But because *The Office *broke the rules, they also broke new ground. They created a show that had its own voice, its own approach to comedy, and ultimately, became one of the most beloved TV shows of all time.

That wouldn't have happened if they didn't break the rules.

How to break rules responsibly

Many average writers would take the advice to "break the rules" and immediately write whatever they want with little regard to conventions, tropes, or the reader experience at all.

Don't be an average writer.

To break rules in a responsible and purposeful way, you have to be deliberate. Notice how *The Office *didn't break every rule of network TV comedy. They still did broad humor for big laughs and still worked to make the main character likable (at least, after the first season). These are hallmarks of American TV comedy. 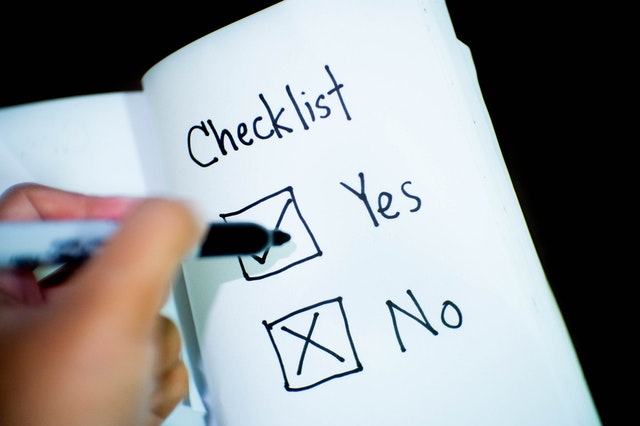 If you want to break the rules of writing, have the right approach. Some tips:

Some writers will tell you that there are rules that can't be broken. Eh, I disagree. I think most rules can be broken in some fashion, and it's worth trying it out.

Writing Rules You Can Safely Ignore

Are there rules that you are tired of following? What would you experiment with "breaking" if you had the chance?