Are You a Gamer? The Best of Plotting and Pantsing 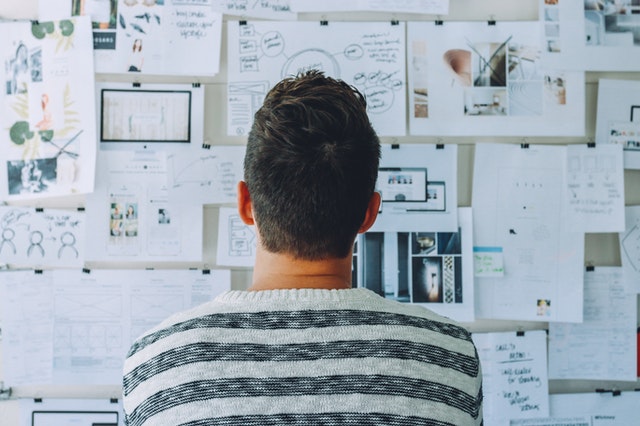 "Writing is like driving at night in the fog. You can only see as far as your headlights, but you can make the whole trip that way." — E.L. Doctorow

At time of writing, I have Book 5 of my police procedural series mapped out in detail. In my year-and-a-half as a ghostwriter, I understood that the best way (for me) to increase my writing productivity was to outline everything beforehand. If I had to sit and think about a plot point for too long, my writing muscles would seize up and I would lose most of my work time for the day to writer's block.

At the center of my series is a detective named Charlie Hardwick, a former police officer who spent 16 years in prison for a murder he didn't commit. As you can imagine, spending that much time in prison, especially while innocent, does a number on a guy.

I've done my best to grow as a writer throughout the series, shifting from plot development to character development as much as possible to really flesh out these characters. I've touched on Charlie's psyche at various times, but I haven't done a deep dive into it yet.

While lying in bed one night a few weeks ago, my brain formed a scene between Charlie and his partner, Sarah Bryer. Sarah is a generally no-nonsense detective who would rather just do her job and go home. Charlie, on the other hand, displays a bit of obsessiveness over making things right and catching the bad guy – including the bad guys who were responsible for him going to prison.

The scene that came to me was a conversation between the two detectives while they sat at their desks. Sarah asks Charlie why he's so obsessed with his past case. After four novels of trouble and complications thanks to Charlie's investigations into his conspiracy, Sarah is tired and doesn't understand why he keeps pressing forward.

Charlie responds by asking her if she's ever been dumped by a boyfriend...

"Yeah. We dated since freshman year. But you know, that was just high school puppy love stuff."

"But the breakup didn't make any sense to you, I'm sure. It was a surprise to you?"

Sarah raised her eyebrows and nodded. "Hit me like a ton of bricks at the time. Things had been going well. I thought we were happy. Yeah, it bothered me when he dumped me. It was hard to piece it all together."

Charlie rested his elbows on the top of his desk. "Think about how you reacted to that. You two had been together for a year, and suddenly that was taken away from you. It gnawed at you."

She chuckled. "I spent a lot of late nights up in my bed, staring at the ceiling, thinking about it."

But Charlie wasn't smiling. "I had everything taken away from me. Everything. My entire life. Not just my relationship, but my job, my family... everything I knew and loved was gone. And nobody explained it to me, either. Then, I had sixteen years to lie awake every single night and stare at the ceiling myself."

Now it was starting to make sense to Sarah. "I suppose it's only natural that you would be preoccupied with correcting that problem."

Now, this conversation was important to me, because I needed a reason for Sarah to want to support Charlie's investigation. By relating to it in this way, Charlie keeps Sarah emotionally invested – and the reader, too, by the way.

But where to put this scene?

I hadn't outlined this scene. It was just something I stuck a pin in and left for later.

Then, as I wrote Book 5, I saw the perfect opportunity. I had written a plotline where the main two suspects in a murder case run off together, and the police can't find them. It was all outlined, from their disappearance to how they are caught and busted.

And while writing this, I realized it was the best spot for this scene. It gave me a chance to let the characters react to their situation, and they could tie the disappearing suspects in with Charlie's struggles to unravel what sent him to prison. He doesn't like it when bad guys get away with stuff.

I smiled when I finally wrote in that conversation, because it was so perfect a fit, I wanted to give it a chef's kiss with my fingers. 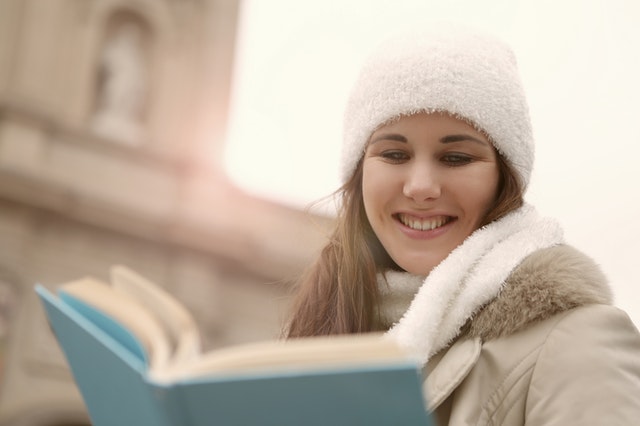 Plotters vs. Pantsers – and a third option?

It's often been said that if you are bored writing something, the reader is going to be bored, too. And bored readers don't buy books.

Well, I think that works with discovery: if you surprise yourself while writing, you can surprise your reader. That infusion of excitement can really bring a story to life.

Whenever we discuss the writing of a story, we all inevitably settle on the same debate: plotters vs. pantsers. Plotters, of course, are those who jot down every detail of every scene ahead of writing so that they know exactly what they're doing at all times. Pantsers just go with the flow, allowing themselves to discover the story as they write.

I would argue that neither of these writers are really going to use surprise very effectively.

Pantsers, on the other hand, will do nothing but write surprises. And that can be fun, but it can also result in a writer losing the thread – forgetting what they were supposed to be focusing on.

A tightly-written story is going to work with a strong structure, but an engaging story will have a few organic surprises along the way.

How do you do both?

Putting Plotters and Pantsers together: Gamers

When you play games, you're adhering to a set of rules. But you're also playing, and there's plenty of discovery to be had when you play a game.

That's why I'm going with "Gamers" as the name of my official combination of plotters and pantsers.

Being a Gamer allows you to have the best of both worlds. Here's what it enables you to do.

Plot out the main direction of the story

The major beats of the story should be fleshed out so that you have no question about where the story goes. You need this framework to return to when you're done playing with a point in your story. It's the road map to guide you back on the path after you take a little side quest.

Play around to add color to your plot or your characters

Or ideally, both. If you think that your story is missing something, take some characters and put them in a situation that isn't in your outline. Let it play around a little bit. Sit them down at the dinner table. Or just have the two of them talking about what's going on in the story. And related to that...

Think of your characters as human beings

This is still true if you're writing about dragons or monsters or vampires or whatever. When you're in a different situation, you act accordingly. You talk, think, and behave differently when you're with your parents than when you're with your friends. Or when you're alone. Or when you're driving. There are times when you can take an aside and just explore it a little bit to see if there's something there. How would your characters react, based on the personalities you've set up for them? What does that look like?

Don't force it – and cut it if it isn't working

If it doesn't feel natural, don't do it. Or maybe you can write a scene independent of any story – a little freewriting, if you will – and then keep it in case there's a natural spot to use it. If there isn't, don't worry about it. This is about playing around, not fulfilling some set of requirements.

Being a gamer lets you instill a little bit of surprise in your writing, which can keep a reader invested in your characters and give you more excitement as you write. It's a win-win for everybody, and it's worth exploring as a writer, even if you just do it on the side for fun.

The more you explore, the more you learn about the characters and the world that you're building. The clearer that picture can be, the stronger your story will be, too.

Gabrielbane
This is Intuitive Writing, it's been around a while and is a more accurate portrayal of what your presenting here. Not diminishing what you've written at all just giving clarity. You can search up a ton of material on this approach by googling Intuitive Writing Method. I think it's great that you came to this on your own, with your own interpretation, it speaks about your own intuition and how you've allowed it to thrive. Keep up the good work!