BlogThe Writing ProcessStop Killing Younglings: How to Avoid the Storytelling Mistakes of the "Star Wars" Prequels

Stop Killing Younglings: How to Avoid the Storytelling Mistakes of the "Star Wars" Prequels 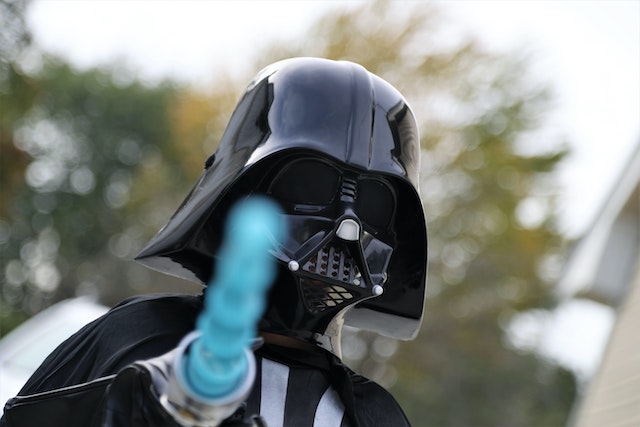 Even if you love the memes, you have to admit the Star Wars prequel trilogy has some flaws. Okay, maybe a lot of flaws.

The Phantom Menace (1999), Attack of the Clones (2002), and Revenge of the Sith (2005) are guilty of several storytelling gaffes I’d like to examine today. The reason? So that we might avoid making them ourselves! I’ve got a good feeling about this.

Strong characters are the root of fiction. Characters propel plots forward. They serve as stand-ins for readers themselves. And, in many cases, they make stories relatable.

Unfortunately, the characters of the Star Wars prequels serve few of these functions, if any. That’s an even bigger flaw when it comes to the main character.

Anakin Skywalker (played by Jake Lloyd in Episode I and Hayden Christensen in Episodes II and III) utterly fails in pretty much every way. The problems begin in Episode I, where Anakin appears as a plucky, slightly annoying little kid. The decision is flawed from the start, especially considering this is supposed to be the same guy who force-chokes intergalactic generals a few decades later. These two incarnations never feel like the same character.

What's worse, young Anakin doesn’t have personal agency. Granted, few nine-year-olds do, but that need not be the case for fictional characters. Nevertheless, most decisions in the film are made for Ani, not by Ani. For example, Qui-Gon Jinn (played by Liam Neeson) decides Anakin should become a jedi, not Anakin himself.

Does Anakin ever take the wheel? Only twice in Episode I, by my count, both times taking that phrase literally. There’s the podrace scene and the space fight at the film’s conclusion. But the former is way too long, while the latter is played as a joke, complete with dopey lines such as, “I’ll try spinning, that’s a good trick!”

Even at the film's conclusion, when Jinn begs Obi-Wan with his dying wish to train Anakin, the decision isn’t actually Anakin’s. He acquiesces to the adults rather than choosing for himself. Though the prequel trilogy is ostensibly Anakin’s story, Episode I never feels like his story. He's more pawn than player.

The takeaway here for writers is twofold. First, let’s make sure our characters don’t contradict themselves. If we craft a brilliant villain with a suitably mysterious aura, let’s not tear off the mask to reveal a podracing punk with a high midichlorian count. Second, we should give our characters agency whenever possible. There are exceptions, sure. But generally speaking, readers like active characters, not reactive characters.

Finally, I’d be remiss if I critiqued the Star Wars prequels without mentioning one Jar-Jar Binks, gungan buffoon. His issues are many and obvious: his sole reason for existence is comedy (not that he’s ever particularly funny), he offers no value to the plot, and despite all his heavy-handed clumsiness, Binks never gets a redeeming moment.

The lesson: take what George Lucas did with Jar-Jar, then do the opposite. (For the record, I still think he's a Sith.)

Have you ever met someone who refuses to laugh at themselves? Perhaps they trip over their own shoelaces, or they mispronounce a word. Rather than have a laugh and move on, they insist it never happened.

That’s kind of what the prequel films are like. They don't poke fun at themselves when they should, and the unintentional humor is funnier than what’s intended.

Episode III is most guilty of this problem. There’s so little levity to be found, even though much of what transpires is blatantly silly. Example: Yoda’s farewell to Chewbacca (played by Peter Mayhew). We’re talking about a scene in which a two-foot tall green muppet says “Miss you, I will” to a pair of sasquatches, then blasts off in a miniature rocket. Come on, that’s funny! Yet these movies rarely acknowledge—or even realize—their inherent goofiness.

This is where the prequels pale in comparison to the original Star Wars films. Take the same character of Chewbacca. In Episode III, he’s written as a mournful hero. In Episode V: The Empire Strikes Back, the character’s written in a much more organic sense. Remember when Chewy laughs at Han Solo, then Solo says, “Laugh it up, fuzzball”? That fits the character. He’s a fuzzball! He’s a tall guy in a suit making weird sounds. The original trilogy accepts and embraces that fact. The prequels pretend it isn’t happening.

Lucas forced a tragedy into a world that’s already established itself as one best suited to adventure stories. Let's not make the same mistake.

At its best, dialogue advances plot and/or reveals character. The dialogue of the prequels, unfortunately, does neither very well.

For instance, take the classically terrible Obi-Wan Kenobi line this article draws its name from. In Episode III, when Padme asks Kenobi what her hubby’s been up to lately, Obi-Wan responds:

“I have seen a security hologram of [Anakin]… killing younglings.”

At which point Kenobi covers his face, ostensibly because he’s horrified. Rumor has it, however, that actor Ewan McGregor actually did that to conceal a smile.

This line tries desperately to advance the plot. We’re now supposed to understand that Anakin has fully given himself to the Dark Side. Yet the delivery is too stilted and the world-appropriate jargon too silly. Younglings? Just call them children!

The other failure here is the dialogue’s inability to offer insight into character. For example, Padme Amidala (played by Natalie Portman), gets some of the absolute worst lines in the trilogy, such as the following:

It’s a shame because Portman is an excellent actress; the material she’s given is just too lousy. None of the dialogue reveals anything about Padme. She’s just there to be a love interest and propel Anakin’s descent to the Dark Side. She’s a politician, yet she rarely affects the plot in that role. And her dialogue might as well be delivered by a droid. (In fact, C3PO is afforded more personality than she is.)

For writers, the takeaway here is to never forget that character and dialogue are inextricably linked. Good characters have distinct voices, and good dialogue provides insight into character. If a character’s dialogue sounds clunky or stilted, you probably need to spend more time getting to know that character. I’m not sure George Lucas bothered to do that.

Is the prequel trilogy a complete disaster? No, I don’t think so. These films offer excellent special effects, imaginative settings, and stellar action sequences. But for the reasons listed above, they might serve writers better as cautionary tales rather than inspirations.

Hope you enjoyed the article. May the force be with you!