Blog The Writing Process Essential Poetry: What’s the Difference Between Enjambment and Caesura?

Essential Poetry: What’s the Difference Between Enjambment and Caesura? 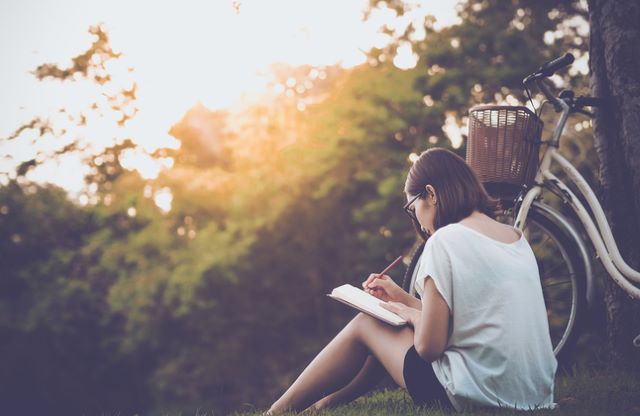 When we talk, we pause to breathe. We don’t do this randomly. Instead, we take breaths at natural breaks in a sentence. The same is true with poetry.

Caesura and enjambment (also known as enjambement) are commonly used techniques that explain how poetry uses those pauses. Both are alternatives to stopping at the end of a line.

A caesura refers to a pause added into a line of poetry, whilst enjambment removes a pause from the end of a line to allow two or more lines to be read together.

The term caesura (pronounced "seh-zoo-rah" in American English) dates from the mid-16th century. It comes from the Latin caes which means to cut.

In Greek, Latin, and Anglo-Saxon verse, it refers to a break between words in a metrical foot. In modern European verse, it means a pause inside a line of poetry at the end of a natural phrase.

A caesura can appear in different places within a line. If it is near the start, it is called an initial caesura. The most common type, known as Medial caesura, is found near the middle. Terminal caesura is a pause at the end of the line.

Sometimes you will find caesurae (the plural of caesura) marked with two vertical lines when a poet wants to draw attention to the pause, but generally it is not marked at all. In the examples below, I have used the marks || so that it is clear where the pause should go.

Caesurae are divided into two groups, feminine and masculine.

A feminine caesura is found after an unstressed short syllable. This creates a soft and gentle effect that feels natural. There are two instances in this line from My Country, ’Tis of Thee by Samuel Francis Smith:

A masculine caesura is used after a stressed or long syllable. It creates a strong staccato effect, such as in Mother and Poet by Elizabeth Barrett Browning:

What art is she good at, || but hurting her breast
With the milk-teeth of babes, || and a smile at the pain?

The Effect of Caesura

Caesura can be used subtly to provide a place to take a breath between phrases. It keeps a feeling of natural flow and is soothing to read. Alternatively, it can make a dramatic pause to add a theatrical feel to a line.

Poets can use caesura to:

Additionally, the choice of the poet to use masculine or feminine caesura is a deliberate one. Its use decides whether the effect will be subtle or dramatic for the reader.

Example 1: I’m Nobody! Who Are You? by Emily Dickinson

It is for you we speak, || not for ourselves:
You are abused || and by some putter-on
That will be damn’d for’t; || would I knew the villain,
I would land-damn him. || Be she honour-flaw’d,
I have three daughters; || the eldest is eleven 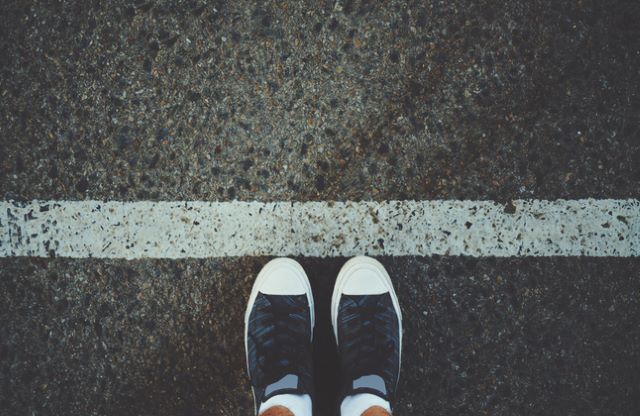 The term enjambment (pronounced "en-jam-ment" in American English, and also known as enjambement) is a French word meaning to step over or to put legs across. In poetry, it means running two or more lines of a poem together without a terminal punctuation mark.

Enjambment has been used throughout the history of poetry and was particularly favored by English Elizabethan and Romantic poets.

It’s wrong to think of enjambment as the opposite of caesura. Instead, treat them both as techniques poets use to change how we read a poem. Enjambment is actually opposite to end-stopping, where a line finishes with a terminal punctuation mark.

How to Read Enjambed Lines

Instead of reading to the end of a line and stopping, the line continues on without any major pause or change of meaning. At its extreme, individual words can be split over two lines in a technique called broken rhyme.

Often it is easy to spot enjambment because of the lack of punctuation marks at the end of a line. However, it is more accurate to look at the syntax to be certain.

The Effect of Enjambment

Enjambment encourages the reader to keep reading. An enjambed line doesn’t make sense until it is read as a whole section.

Poets can use enjambment to:

Example 2: [i carry your heart with me(i carry it in] by ee cummings

i carry your heart with me(i carry it in
my heart)i am never without it(anywhere
i go you go,my dear;and whatever is done
by only me is your doing,my darling) i fear
no fate(for you are my fate,my sweet)i want
no world(for beautiful you are my world,my true)
and it’s you are whatever a moon has always meant
and whatever a sun will always sing is you

Let me not to the marriage of true minds
Admit impediments. Love is not love
That alters when it alteration finds
Or bends with the remover to remove:
O no! It is an ever-fixed mark
That looks on tempests and is never shaken;
It is the star to every wandering bark,
Whose worth's unknown, although his height be taken.

How to Use Caesura and Enjambment in Your Poetry

Used well, both caesura and enjambment alter the reading of the poem for effect. Both can be used subtly or for drama.

In your poetry, don’t use these techniques unnecessarily. Look at the rhythm and rhyme of the poem as a whole and think about how punctuation marks alter the reading. It is common to see both caesura and enjambment in the same poem so experiment with using them both.