5 Signs You're Writing in the Wrong Genre

TAGS:
writing fiction
writer's block
how to write a novel
What we wish we had known 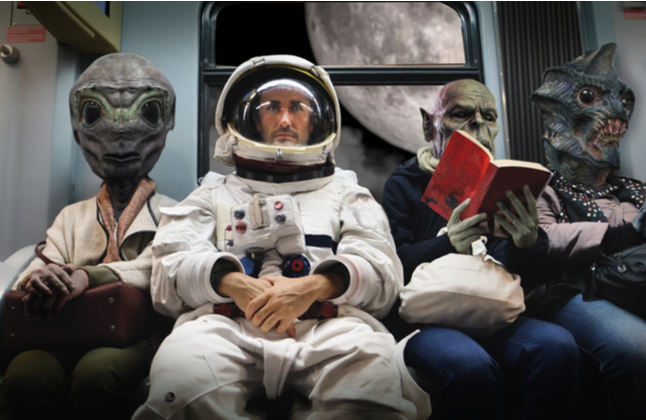 We’re not allocated a genre when we start a writing career. Wouldn’t that be good though?

There’s a lot of trial and error in choosing a genre that works for you. Usually, we start with writing books in genres we’re most interested in. It’s a solid strategy: after all, you’re more knowledgeable about a genre that you are well-read in.

However, you don’t always choose the right genre first time. Sometimes trying a new genre for a month or so can be enough to bring some life back into your creative process.

In this article, we’re going to look at five signs that you might be writing in the wrong genre, and what you can do to fix it.

Sign 1: You Aren’t Enjoying Writing in Your Current Genre

We’ve all had times where it’s hard to sit and write, that’s normal. But if it’s an uphill battle to outline and write your books on a consistent basis, you’re probably writing in the wrong genre.

Writing should energize you, not make you feel like you’re walking in mud. If you’re like most self-published authors, you’re probably writing on the side while working a nine-to-five. If that’s the case, the last thing you need is to get home, sit down at your laptop and hate writing.

If you’re one of the lucky ones who has managed to quit their day job and write full time, you don’t want the writing career you worked so hard for to drain the life out of you.

Another sign that you need a change is when you’re not selling many books. You don’t have to hit it rich straight away, but eventually, you want to be making a profit. While you may be having a great time writing, if you’re not selling enough books, you may want to find a less competitive genre to start writing in.

At the end of the day, you’re running a business. And as a business owner, you need to be thinking of turning a profit. Otherwise, you just have an incredibly expensive and time-consuming hobby. Sometimes, it’s a wise business decision to change genres. Don’t take it personally.

Sign 3: You Don't Want to Read Books in the Same Genre

Your taste in books has probably changed over your life. Most of us don’t read children’s books anymore—unless there’s a child in the room. When we go through different phases, particular genres may appeal more than others. I know I’ve flipped between a few different genres in my years as a reader!

When your taste in books changes, you might start to read less and less of the genre you write in. A general rule of thumb is that you should read consistently in your genre, so you can understand reader expectations and what’s becoming cliché—there’s nothing worse than thinking you’ve struck gold on an idea that’s already been done a million times. At the same time, it’s also important to obey genre conventions and understand tropes.

You don’t have to exclusively read in your genre, but if you are consistently leaning toward something else in your leisure time, you might want to try a new genre.

Sign 4: You Have Quite a Few Bad Reader Reviews

Over the years, I’ve sold a bunch of books and had plenty of great reader comments. However, if I decided to write something like romance, for instance, I’m sure my reviews would be pretty terrible—because it isn’t my genre. As an author, I wouldn’t meet the readers’ needs without doing a lot of research.

If you’re getting a lot of negative feedback from readers, it’s likely that you’re not meeting the reader’s expectations.

If you’re constantly getting writer’s block, you might be in need of a fresh start with your writing.

Writer’s block is common, we all face it from time to time. However, if you’re not only struggling to write, but can’t write a word at all—or if it’s actually affecting your daily schedule and mental health—you know something’s not right.

Perhaps you’re bored with writing the same tropes in every book, or maybe you think you’ve overdone a series and you’re sick of writing about the characters. Wanting a change is normal for writers.

Switching genres, even temporarily, could help you get back to writing faster and enjoy the process more.

How to Change Your Genre

So you’ve decided that it’s time to start looking at other genres. That’s great. Changing genres is a big step. But don’t worry, you’re not necessarily saying goodbye to your genre forever. You can always go back. Besides, you’re not alone. Plenty of other authors have switched genres or write in multiple genres.

Ian Fleming, the author behind James Bond, also wrote Chitty Chitty Bang Bang. Not only is this an incredible piece of trivia, but an example of someone being successful in two completely different genres. Fleming loosely based the Bond books on his real adventures as a spy. After his son was old enough to read, Fleming decided to write something a little more child-friendly and a little less… you know, James Bond-y.

But it isn’t just Fleming who has genre-swapped. J.K. Rowling, Stephen King, Roald Dahl, Nora Roberts, and plenty more have all swapped genres at a point in their careers.

If you’ve decided on swapping genres, you should consider choosing a pen name as a way to keep your marketing separate and give yourself a bit of freedom while you experiment with new genres and writing styles.

Why Use a Pen Name?

A pen name is a great way to start writing in a new genre for many reasons:

You’ll want to keep your work in different genres separate. While it may be hard juggling two email lists if you decide to write in both genres, it’s a far better alternative to a completely misguided list that has fans of both, let’s say, sci-fi and vampire fiction.

It’s up to you whether you tell your existing audience or not. It probably wouldn’t hurt to send your existing email list a message telling them about your new project and where they can find it, but you don’t have to spam them with messages about a genre they may not be interested in.

If you’d like to know more about choosing a pen name, here is a free video to help. Also don’t worry about any of the logistics. You can easily add a pen name to Amazon KDP, which will solve having a bunch of different logins for every different pen name.

Deciding on changing genres can seem like a huge leap. Sometimes you’re writing in the wrong genre or maybe sometimes you just want a change of pace: either way, you’re not alone. Plenty of writers write in a range of genres and some have swapped completely over the years and found success later on.

Hopefully, this guide has given you a few quick steps to decide if you’re in the wrong genre, and provided you with the first step to fixing that problem. Good luck!

**Dave Chesson is the founder of Kindlepreneur.com and creator of Publisher Rocket, a software that helps authors market their books more effectively.