A Look at Writers Being Unproductive 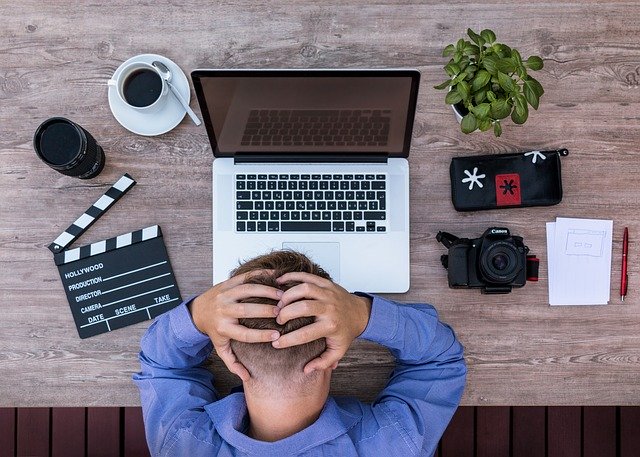 As I write this introduction, I have about an hour and a half left in my work day… and this article is due.

Despite the obvious implications of this, I dragged my feet getting out of my lunch break. I’m working at a coffee shop at the mall today, and I decided to stop into a restaurant for dessert.

Then I had to find the perfect bathroom, which involved walking to all corners of the mall until I found one to my satisfaction.

Once I returned to the coffee shop, I sat down here and still spent about 15-20 minutes “settling” into my work, which of course included checking Facebook and texting with my wife.

My conscious brain tells me this makes no sense whatsoever. You have a deadline! You know that you need this time! And you have other work to do after this!

What is it about writers that make us put off the work so much?

In her article in The Atlantic entitled, “Why Writers Are the Worst Procrastinators” (which may as well have been called, “Hey Tom, Read This Because It’s Totally About You”), Megan McArdle takes a long, deep dive into this oddly-universal trend.

Is It Because We Got Good Grades?

This is McArdle’s first conclusion, and honestly, it’s the one I connected with the most.

I didn’t find out until I was an adult that my first grade teacher sat down with my parents and discussed whether or not they should advance me a grade because I was so far ahead of my class (Yes, yes, I know you’re all impressed).

For social reasons, they opted to not advance me.

Unfortunately, the unintended side effect of this was that, for almost all of grade school, classes were… well, easy. (Please, please! Hold your compliments for now!)

Because my mother read a lot of books to me as a kid, my strongest area of school was always reading and writing. This continued on into high school, where it just came naturally to me.

I don’t think I’m alone in this. Many writers tend to be voracious readers, and often wrote a lot when they were kids. As a group, we’ve always been around words and have used them at great lengths.

But that was then. This is now.

Now, as a professional writer, you suddenly find yourself having to weather critiques. You are being forced to learn that your previous method of “write the first thing that comes to mind and hand it in” doesn’t really work in the real world.

Because of this, we get insecure. We overthink. And when we overthink, we don’t write.

The longer it takes to finish a piece of work, the farther out you push the critique. We’re all just avoiding the pain because we’re not used to it.

I’ve been writing professionally for over a decade and I still struggle to not take criticism personally. I feel like a failure any time an editor comes back and says, “Hey, this verb tense doesn’t match. Watch it.” 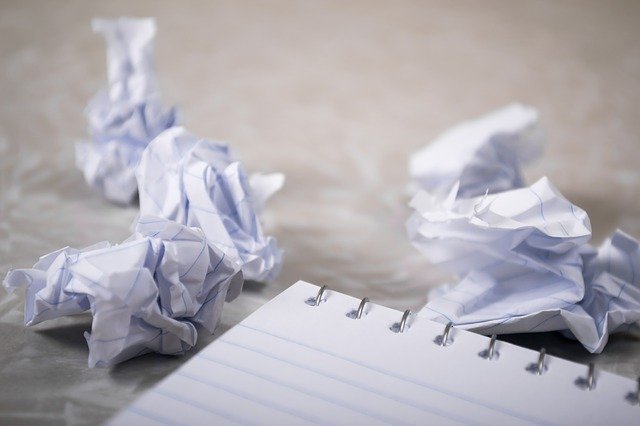 Here’s one that I haven’t really thought about before: we procrastinate so that we have an excuse.

Statistically speaking, how often do you finish a piece of writing, step back, look at it, and think, Man! I nailed this one! It’s exactly as good as it sounded in my head! This is brilliant stuff!

That probably happens as often as you clean your ceiling fans. Yet you write every day, don’t you?

There’s a unique discomfort in looking at your work and feeling let down by yourself and your own efforts. When you procrastinate, you give your psyche a way out.

“Yeah, well, I could have written this a little better, but I only had an hour to finish it before it was due. If I had taken more time, I could have totally crushed it. I’m capable, I just didn’t have the time to do it right.”

See how easy that is?

I fall into this one constantly without even realizing it. I rush my work, and when the client comes back to me and says, “I can tell you rushed it,” I start spouting off with all my excuses.

“Yeah, but my kid got sick this week!”

“The Packers lost on Sunday, and it really threw me for a loop.”

Never mind that the Packers have no effect on my work day, I haven’t slept well because I’ve been staying up late watching old episodes of The Goldbergs, and my kid was sick one day out of five.

What I’m not admitting to is the hours I spent Googling about bullet journal templates, reading what people think about the Packers losing on Sunday, and comparing and contrasting kitchen gadgets.

Lying to yourself is easy because it works. And because it works, you don’t feel bad doing it. Like George Costanza once said, “It’s not really lying if you believe it.”

This makes you free to self-sabotage. 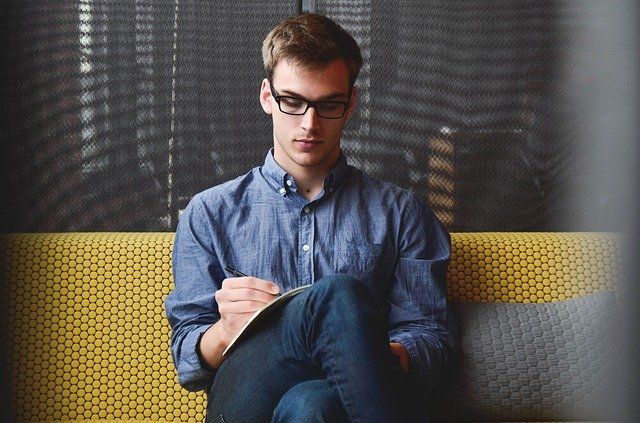 Writers and storytellers are in a really unique space because we are surrounded by thousands of examples of great storytelling and brilliant writers… and their final drafts.

Think about it: we don’t walk into a bookstore and pick up a copy of Stephen King’s third draft of It before it went to his editor. We grab the final draft, after it’s been pored over repeatedly over the course of months or years by multiple people.

It’s been honed and cleaned up. It’s his best possible version of the story – but it looks just like our stories.

It’s a bunch of words on a page. When you imagine Stephen King – or any author – writing, you don’t picture them struggling with character names or plot points or arcs or scenes. You just think of them coming up with a fantastic story, writing it down, and making a million dollars from it.

I can’t seem to locate the interview, but Arrested Development creator and writer Mitch Hurwitz once said, “Stop comparing your first drafts with everyone else’s finished final product.”

It’s true. Every writer struggles with the same things that we do. But we procrastinate because we think it’s supposed to be perfect out of the gate.

We don’t sit down to write lousy first drafts. We sit down to create The Great American Novel. That pressure is going to scare us away from the work every time.

We Weren’t Taught to Edit

This might just be me, but I’m putting it in here anyway.

Working with editors is a brutal experience for me because I never really had to do it before.

Yeah, yeah, I know I’m supposed to “kill my darlings” and all that stereotypical writer stuff. But when an editor says, “Hey, this whole character arc you developed over forty chapters doesn’t work so I’m taking it out completely,” it feels like a sledgehammer to my chest.

I spent hours working on that!

What’s the effect? I avoid the pain of writing. In some subconscious way, I almost feel like, What’s the point of trying?

I’m not defending this point of view. Obviously, you hire editors for a reason. But it is definitely an emotional point that sticks with me when I am working on new creative work.

With That Out of the Way, What’s the Solution?

That sounds like a scapegoat answer, but I really don’t. For starters, it depends on where you are in your writer’s journey and what you’re struggling with. Everyone deals with these issues in their own way.

It feels blasphemous to write a blog post on the internet that doesn’t prescribe a universal catch-all solution that worked for me so it must work for everybody!

As I mentioned at the start of this article, I’m still struggling with procrastination. I have to assume that it is always going to be a struggle for me. And it might be for you, too.

But if you want any hope of getting out of it, it’s important to dig deeper so that you’re not just working on fixing the procrastination itself, but you are also working on the source of the problem.

Whether it’s pain or discomfort or just flat-out not being prepared, you have to scratch under the surface and see what is going to help you get better at it.

Maybe you need to talk to someone. Maybe you just need to meditate more often and sit with your thoughts. Maybe journaling would be an effective exercise for you.

Whatever it is, try some things and see if you can’t improve on the reasons for the procrastination.

Then, you might be able to get back to writing that Great American Novel after all.