What You Can Learn From Nabokov's Favorite Word is Mauve 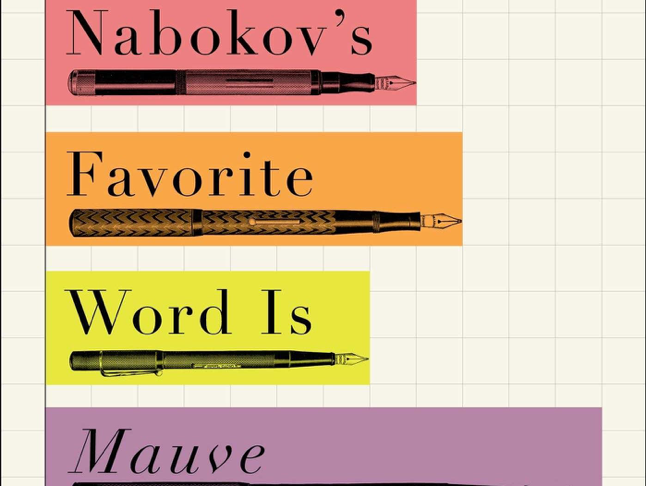 Every now and then, you happen upon a book that is just a pure delight. That's what happened to me when I opened Nabokov's Favorite Word Is Mauve by Ben Blatt. I'm not usually a numbers person, but Blatt's use of data to analyze the world's best authors had me hooked from the first page. I laughed, I gasped, I finished reading it and immediately started reading it again (a sure sign that I love a book).

In Nabokov’s Favorite Word Is Mauve, statistician and journalist Ben Blatt marries data with literature, exploring the works of the world's greatest writers. He assembles a database of thousands of books and hundreds of millions of words, and starts asking the questions that have intrigued curious word nerds and book lovers like you and I for generations: What are our favorite authors’ favorite words? Do men and women write differently? Are bestsellers getting dumber over time? Which bestselling writer uses the most clichés?

If you're looking for a light-hearted, yet informative read, I highly recommend picking up a copy for yourself. If you're short on time or just want to see the highlights, I've synthesized five of my favorite takeaways below.

Men Only Care About Men

Another fun fact: male authors of classic literature are also three times as likely to write that a female character "interrupted" someone than that male characters did the same. Thankfully, this trend has reduced in modern literature (but it's still present).

These Authors Are Head Over Heels In Love With Cliches

One of the statistics Blatt examined was use of cliches per 100,000 words. Here, too, Blatt discovered a difference between male and female authors. The five authors who used the most cliches were, in order:

Notice anything? Yeah: they're all men!

The five authors who used the fewest cliches, on the other hand? All women.

The Road To Hell Really Is Paved With Adverbs

Stephen King famously said that the road to Hell is paved with adverbs. Ben Blatt, it seems, has never been to hell, but he has analyzed the works of the world's foremost authors. What he found was that excessive adverb usage does get authors sent to hell: the literary hell of bad reviews, that is.

Blatt examined all 167 books written by consensus "great" authors like Hemingway, Cather, Rand, Morrison, Joyce, and others. Blatt didn't just look at the books they wrote that made them famous; he also examined their lesser known and poorly reviewed works.

Time to run the Style Report!

Blatt crunched a bunch of numbers to determine authors' favorite words. First, he determined which words authors used more frequently than the rate at which they typically appear in writing (compared to a huge sample of literary works written in English between 1810 and 2009, assembled by linguists at Brigham Young University).

Here are some of the favorite words Blatt found:

My final favorite takeaway is this:

Best-selling author Danielle Steel mentions the weather in the first sentence of 46% of her books.

If you find something that works for you... go with it!