In Defense of Stand-Alone Novels 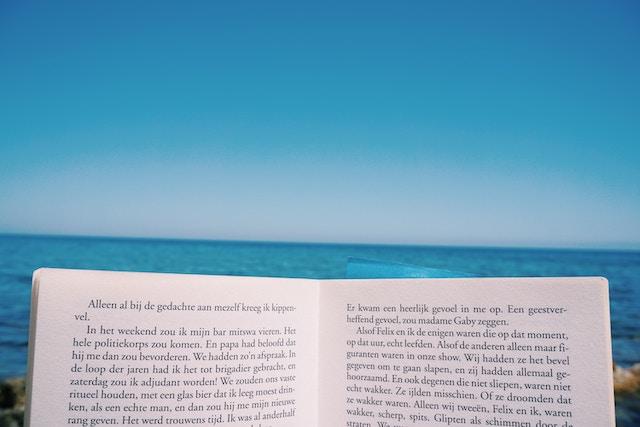 If you want to be a successful author, you've got to write series. So goes the common wisdom. Harry Potter, The Hunger Games, The Lord of the Rings, Jack Reacher… all these series have massive commercial appeal. Once readers find characters and worlds they love, they want more of them.

Nonetheless, series aren’t everything. Stand-alone novels are still important to the modern writer. Today, I’m going to argue in defense of them. Let’s get started.

Stand-Alones Have No Barrier to Entry

This is purely anecdotal evidence, but I'll try it anyway. Have you ever noticed how bookstores always seem to have too many copies of a series' latter entries, yet not enough of the first? That's because, unsurprisingly, readers must start at the beginning. Despite some writers' claims that entries within series can be read as stand-alone works, no one's buying book four if they haven't already read one, two, and three.

That's the double-edged sword of a series. It's easier to sell subsequent books to those who liked the first. But any book beyond number one is a tough sell for those unacquainted with the series.

Stand-alone novels don't have this problem because they're not smaller parts of a larger work. There's no need to read several books before reading the stand-alone (unless you want to get a feel for the author).

There’s a Sense of Completion

Read it and you’re done. That’s the feeling readers get from stand-alone novels. That’s not the case with books in a series.

Guiding Light, on the other hand, is never complete. No single episode of the show stands on its own as a complete story. Sure, each episode might have a clear beginning, middle, and end. But they’re always referencing events of the past or setting up for events in the future. Each episode is part of a larger story, and therefore never truly complete.

Stand-alone novels offer a sense of completion that we don’t see with individual series entries. That’s another reason they’re worthwhile.

Now let’s talk money. As mentioned earlier, there’s a common notion that series are more commercially viable than standalone novels. Though that might be true in many cases, there are also many exceptions.

Numerous big-time authors write primarily standalone works. Stephen King, for example, has several standalone books that are huge sellers, such as The Shining, Salem’s Lot, 11/22/63, and It. Sure, he dabbled in the long series with The Dark Tower. But his bread-and-butter are stand-alone books—and they sell really well.

Who says you need a series to be successful?

Some Stories Are Meant to Be Stand-Alones

Let's return to The Shining for a moment. Great novel. It's frightening, moving, exciting, and innovative. It's a strong story with a clear arc and a defined ending. It's also a stand-alone work.

Well, it was a stand-alone. The sequel to The Shining, Doctor Sleep, came along in 2013.

Now most would agree Doctor Sleep is a decent book. But there's no question that its predecessor has had far more cultural impact and significance. Pull someone off the street and they'll know the plot of The Shining. Now ask them what Doctor Sleep is about. They might not even know the book exists!

Yes, some stories have greater impact as stand-alone works. Some stories would be better off without sequels.

We even see this in film. Take the Pirates of the Caribbean film franchise, which was clearly never meant to be a film franchise until the success of the first entry. Eleven-year-old me adored The Curse of the Black Pearl. Even now, twenty-seven-year-old me still adores it. The first Pirates is fun, exciting, and hilarious. And it all went downhill from there.

Once Pirates became a franchise it was never the same. The formula went stale and they've never been able to recapture the magic of that first stand-alone story. Pirates of the Caribbean was absolutely better as a stand-alone work than as a series.

Don't let stand-alone books fall by the wayside. Read them, write them, and make sure they still have a place in the future. We'll all be better off for it!

wendygoerl
Actually, I rarely have a problem finding the first book, unless it's a continuous story that's been published over several years (my library system has all of Mickey Zucker Reichert's Renshai books--except the first). My problem is finding later books, when people start to go on to other stories and press runs drop off. The first five "Man from U.N.C.L.E." books are relatively easy to find. The last five CONSIDERABLY more difficult.