Adverbs for Dialogue: Do You Need Them in Dialogue? 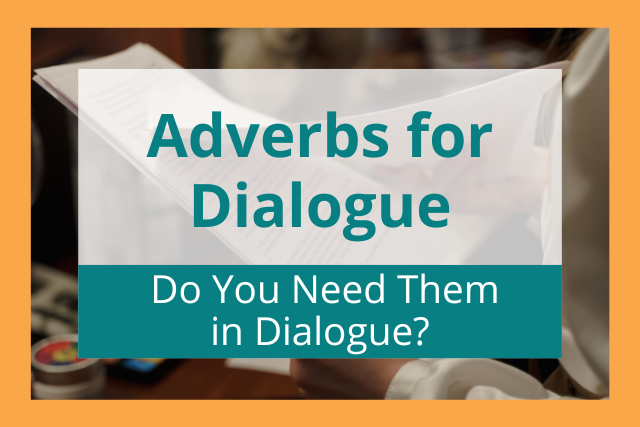 Inexperienced authors often add adverbs to their dialogue tags, such as, “He whispered angrily.”

Adverbs are words that modify verbs, and they can often be a symptom of lazy writing. Still, there are occasionally times when a well-placed adverb can come in handy.

This article will explain the problem with using adverbs in dialogue and help you figure out when you really need them.

The Problem with Using Adverbs in Dialogue

Which one of the above scenes draws you in better?

When you paint a picture with your character’s actions instead of using an -ly adverb to set the mood, you give your reader a much deeper understanding and pull him or her closer into the drama. 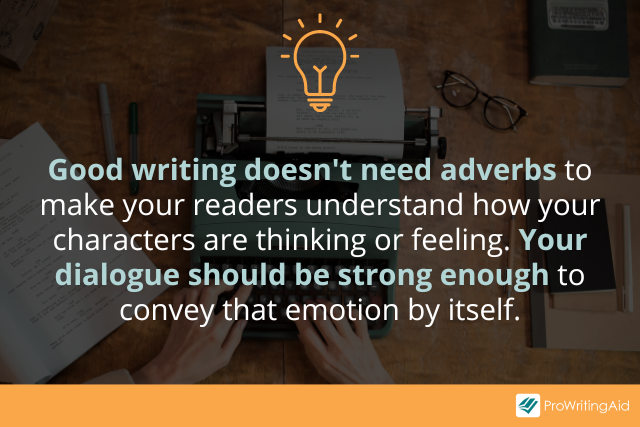 Good writing doesn’t need adverbs to make your readers understand how your characters are thinking or feeling. Your dialogue should be strong enough to convey that emotion by itself.

Keeping it simple lets your reader focus on what’s happening with your character rather than what the writer is trying to say.

Tips for Removing Adverbs from Your Dialogue Tags

If many of your dialogue tags rely on adverbs, it’s time to eliminate some of them. To do so, take a hard look at your writing.

When possible, you should try to omit dialogue tags completely. A dialogue tag means any line that describes who’s speaking and how they’re speaking. Dialogue tags can distract your reader and interrupt the flow of your dialogue.

Ask yourself, “Does the reader need this dialogue tag to know who is speaking?” If they don’t, you can get rid of the dialogue tag. You may cut down on your adverbs with dialogue tags by just removing dialogue tags in general.

For example, consider this sentence:

We can rework this example to include an action beat instead of a dialogue tag:

What about instances when you definitely want to keep the dialogue tag?

In these cases, see if you can beef up the dialogue and lose the adverb:

This simple editing tool can improve the flow of your writing and help you convey emotion in a more organic way.

When to Remove Adverbs from Dialogue

If you answer “yes” to any of these questions, you’re better off removing the adverb from the dialogue tag:

When to Use Adverbs in Dialogue

There are exceptions to every rule, including the rule against using adverbs in dialogue. Accomplished writers don’t avoid all -ly words, just the ones that don’t serve the story.

So when exactly should you be using adverbs?

As a general rule, adverbs are most effective when they contradict the existing implications of the dialogue you’re writing.

In this example, the word quietly contributes very little. If you remove quietly from the sentence, the reader can still infer that Sam is speaking quietly, both from the word whispering and from the content of what Sam is saying.

On the other hand, consider this example:

Here, the word furiously changes our perception of the sentence, since whispering and furiously don’t naturally go together—in fact, they almost contradict each other, since we normally associate anger with loudness. As a result, furiously is a much more useful adverb here than quietly would have been, since it adds new meaning to the sentence.

Here are some examples of adverbs used in snippets of dialogue from successful books:

Conclusion on Using Adverbs in Dialogue

Deciding when to use adverbs in dialogue is a skill that you can improve with practice. If you’re not sure if you’re using adverbs effectively, ProWritingAid can help you catch redundancies. The Style Report will look for adverbs both inside and outside dialogue. 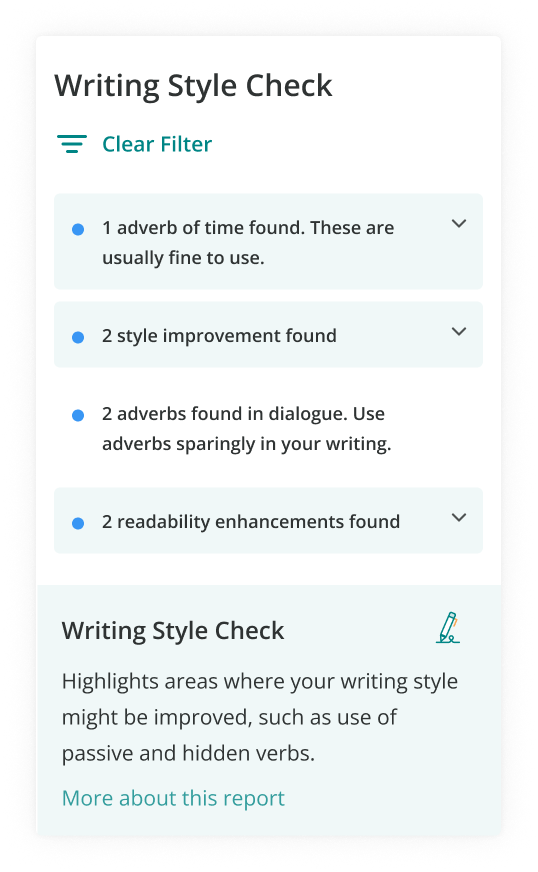 If you’re an experienced author, you probably know how and when to use the -ly tag with a careful hand, but if you’re still working on your craft, it’s better to stick to “He said, she said.”